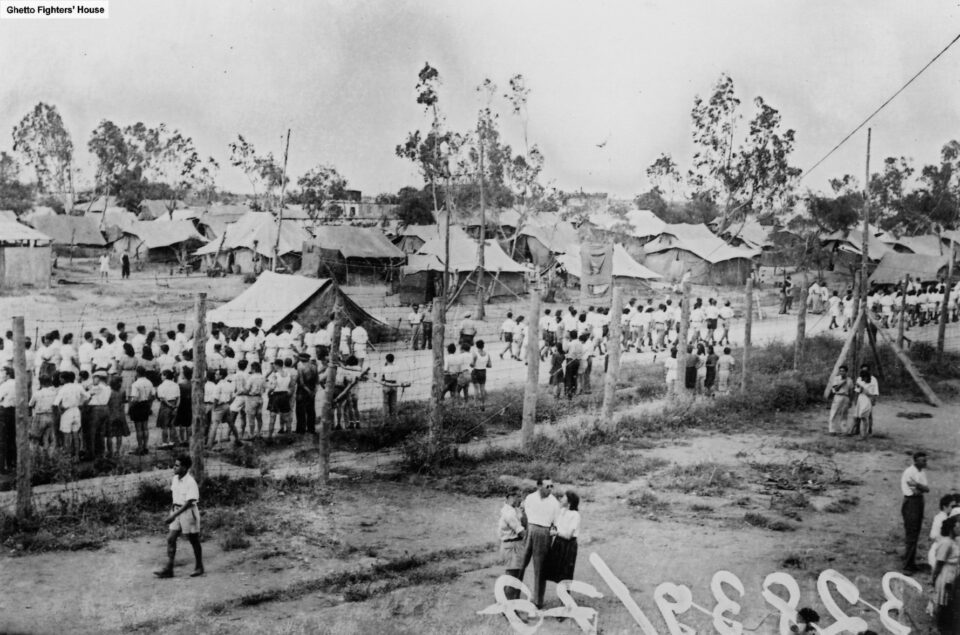 The Jewish museum of Cyprus is currently a Nissen hut that tells the tales of Jews interned on the island as they made their way East after the end of WWII. There are plans to upgrade it and make it a truly immersive experience. Alix Norman finds out more

From August 1946 to January 1949, 12 internment camps in Cyprus held 53,510 Jews en route to what is now the state of Israel after the horrors of World War II. The last stop on a long journey of hope, Cyprus was a natural place for the many Jewish refugees to break their travels. But they arrived in such numbers that the British set up detainment camps to hold the hopeful travellers.

Conditions in the camps were horrific. But there was one ray of light for those on the long journey home: the local Cypriots who, for three long years, helped to feed, clothe and nurture the interned at their own expense. The Jewish Museum of Cyprus (JMC) – currently in progress but already packed with fascinating historical artefacts and harrowing exhibits – is dedicated to those selfless locals…

The brainchild of Rabbi Arie Zeev Raskin, the Chief Rabbi of Cyprus, the museum is the Jewish Community’s way of thanking those who helped the interned. “Rabbi Raskin felt an overwhelming need to thank the people he sees as heroes,” explains the museum’s project manager Skevi Philippou. “Ordinary people – farmers, workers, people who barely had enough to feed their own families – gave food, water and medicine to the refugees in the camps. And the next generation of Cypriots must know and remember what their ancestors did, so that the cycle of kindness will continue.

“People are people,” she says. “It doesn’t matter where they are from – kindness knows no bounds. Those 53,000 Jewish refugees and their descendants owe their health and wellbeing to Cyprus and to the compassion of the Cypriots; by aiding those who were starting a new life, the Cypriots not only played an important role in assisting Holocaust victims escaping Europe after World War II, they were also responsible for helping to promote the re-birth of Jewish life, culture, religious observation and Jewish heritage around the world.

“Stories from the time,” says Skevi, “tell of Cypriot families who passed watermelons and grapes, whatever they had, through the barbed wire to the refugees. There are tales of local residents who found a group which had escaped the dreadful conditions of the camps, and fed and sheltered them. Residents who took mothers – who had no access to adequate medical care while interned – to local hospitals when they needed to give birth. There are,” she adds, “uncountable anecdotes of poor residents from the villages surrounding the camps who helped the refugees. And the museum is the Jewish Community’s thank you to the people of Cyprus: a place where we can promote awareness and tolerance, care for and preserve our heritage, and share the lessons of the past.”

Planned as a seven-storey building featuring both physical and virtual exhibits, the museum’s progress has been hampered by the pandemic. “Originally we started work in 2018, and the museum was set to be completed this year, funded entirely by private donations,” says Skevi. “But, with Covid, things have not gone entirely to plan, and we hope to be breaking ground on the main museum in 2022. In the meantime, what we have been able to do,” she adds, “is source a rare Nissen hut from WWII – an original shelter used to house the thousands of Jewish captives fleeing Europe post-war.”

Dismantled and reassembled by a team of experts, this hut is the first stage in the museum’s progress. On display next to the synagogue in the centre of Larnaca, it was discovered by Rabbi Raskin while on a trip to the Famagusta region. A worthy exhibit in itself, the hut houses countless artefacts from the internment camps, including an original book of prints from 1947 (one of only 29 made by the refugees in the camps) depicting life behind the fence, from traditional Jewish weddings, to everyday scenes of washing and cooking; a display of precious photos documenting life in the camps; and rare British documents naming the refugees, the mothers who gave birth in the camp, and the deaths therein.

“Guided by the advice of historians and museum curators in Israel, the JMC team spent countless hours researching information and historical fact, collecting and curating exhibits,” says Skevi. “We wanted the Nissen hut to be a humbling experience; for someone to walk in and feel shivers down their spine as they entered an actual living space of a Holocaust survivor, a refugee of WWII.

“There were,” she continues, “12 internment camps across the island: five summer camps located at Karaolos, in which the detainees were housed in tents, and seven winter camps in Dhekelia, consisting in the main of tin huts. Conditions were harsh and overcrowded; there was no privacy, no lighting fixtures, and limited water. Food was poor and scarce, and clothes and shoes were hard to come by. Refugees were held for up to two years; released to Israel in small groups. 2,200 children were born in these camps,” Skevi adds. “And there was even one camp dedicated to orphaned children of the Jewish Community – young kids who had lost their parents but were making their way to Israel alone in the hope of a new life.”

Today, ahead of the museum’s completion, the hut is open for visitors, and thousands – including ambassadors, government officials, schools, tourists – have already paid homage to the past. “My favourite visitors, however, are the ‘children of the camps’,” says Skevi. “This is a group who visit annually: about 70 elderly people who were born in the camps. Seeing the tears in their eyes as the memories flood back is an unforgettable experience…

“It’s an immersive experience,” she continues. “People visit and feel the immense heat the metal gives off; ‘how did people live in here for such a long time?’ they wonder. The gallery and document exhibit make visitors pause and think; it makes it all so real when you see pictures of the people and the conditions, or you read about Avidor Rachel, for example, who made her way from Poland to the promised land, only to be turned back and placed behind bars once more. These are actual lives of people who survived one of the worst periods in human history. And they owe much to the Cypriots of the time who, through their kindnesses, ensured the Jewish Community could continue and thrive.

“To me, the museum serves as a link from the present to the past,” Skevi adds. “It’s a living history, like stepping into a time capsule. Being able to identify with the people of the past, those we have never met yet for whom we feel compassion, should serve as a message: no prejudice should stop people from living their lives with dignity, freedom, and equality; no bias should prevent us from helping one another in our times of need. And the Jewish Museum of Cyprus pays tribute to this,” she concludes. “It’s more than a building and its contents. It’s a heartfelt reminder to humanity that small acts of kindness can literally save lives.”

For more information and to plan your visit, visit http://jmcyprus.org/