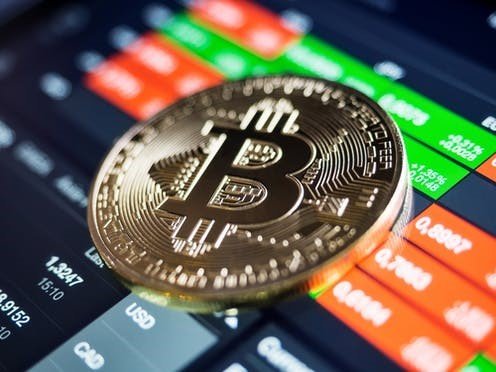 Elon Musk, one of the world’s wealthiest persons, has declared his support for Bitcoin. And this has made other people realize that this virtual currency is a big thing. Elon Musk has said that he thinks Bitcoin could be a good thing via his social media handle. He said this while commenting about the rising Bitcoin value. And this, combined with Bitcoin adoption as a legal tender by El Salvador, draws the interest of most people to this cryptocurrency.

Currently, the world has over 4,000 cryptocurrencies. Some of these have little trading volume or following. However, some cryptocurrencies have immense popularity with a following that includes investors and backers. Some countries have also created their virtual currencies. For instance, China has a government-issued cryptocurrency, known as the Central Bank Digital Currency. This country has approved the Yuan Pay Group to distribute this virtual currency. Perhaps, you can check out the official trading app for this digital currency for more information.

Most people think about Bitcoin whenever they hear others talk about cryptocurrencies. Bitcoin is an electronic, digital, or virtual currency. It’s a form of virtual money. That means you can’t carry physical Bitcoin in your purse or pocket. However, you can use Bitcoin to pay for services or products at outlets that accept cryptocurrencies. The physical Bitcoins presented in online pictures are simply a novelty. Without secret codes, these coins are worthless.

How Does it work?

A Bitcoin unit is a computer file that a person stores in a digital wallet. People access Bitcoin in their digital wallets using computers and smartphones. With a digital wallet loaded with Bitcoin, you can send this virtual cash to another person with a crypto wallet. The blockchain has a public ledger that records all Bitcoin transactions. Thus, miners can trace Bitcoin’s history to ensure that people don’t spend coins they don’t have. And this means people can’t undo transactions or make copies.

How do you Get Bitcoins?

You can get Bitcoins in three primary ways.

How do people create Bitcoins?

The Bitcoin system requires a person to allow their computer to process everybody’s transaction. That means your computer must be powerful for you to mine Bitcoin with it. Bitcoin mining entails validating transactions and earning new units of this virtual currency as the reward. This process involves solving complex mathematical problems. The task is becoming more difficult and costly due to the increasing competition. Thus, you can spend more money on the computer and electricity than you might earn from the mining process.

What gives Bitcoin its value?

People consider things like diamonds and gold valuable. Cocoa beans also served as money for the Aztecs. Bitcoin is valuable because individuals exchange it for services and goods. People also give cash to get Bitcoins.

Why are many individuals and businesses interested in Bitcoin?

Since blockchain technology records every transaction in a public ledger, people can’t spend what they don’t have or make fake units. A person can delete or lose Bitcoin wallets. Some people have also hacked crypto exchanges and stolen other people’s Bitcoins. However, nobody has hacked into the Bitcoin network so far.

Bitcoin’s value keeps rising despite its volatility. More merchants, investors, and traders are also embracing this virtual currency. That means its future could be bright.