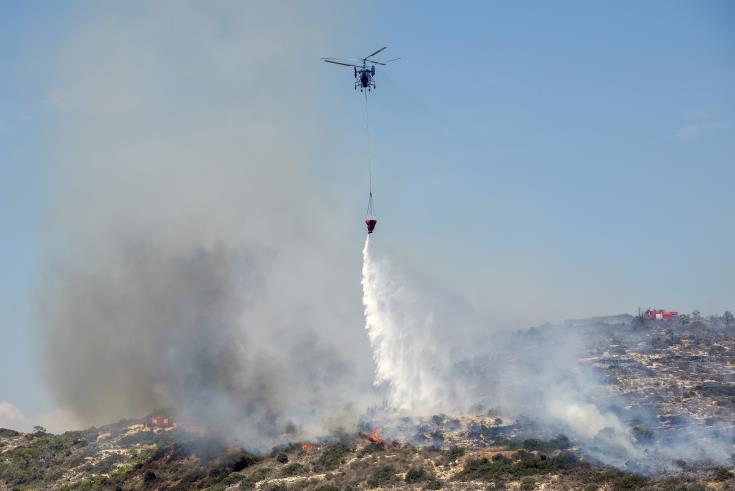 A fire in the area between Trahipedoula and Kelokedara was set by youths who wanted to get back at the authorities for booking them for various traffic offences, a court heard on Saturday.

Two youths, aged 18 and 22, were remanded in custody for five days on suspicion of starting the fire last Wednesday.

Police told the court they were seeking a third suspect.

The pair were arrested on Friday after investigators received information they were involved. The suspects told police they wanted to take revenge after traffic officers booked them in May for various offences.

The fire started in the early morning hours of Wednesday. Firefighters who arrived at the scene found four fronts burning.

Police investigating the causes received information that the two suspects had been involved.

The fire burned around half a square kilometre of wild shrub and trees.

Firefighters used eight aircraft and 11 vehicles to bring the fire under control.