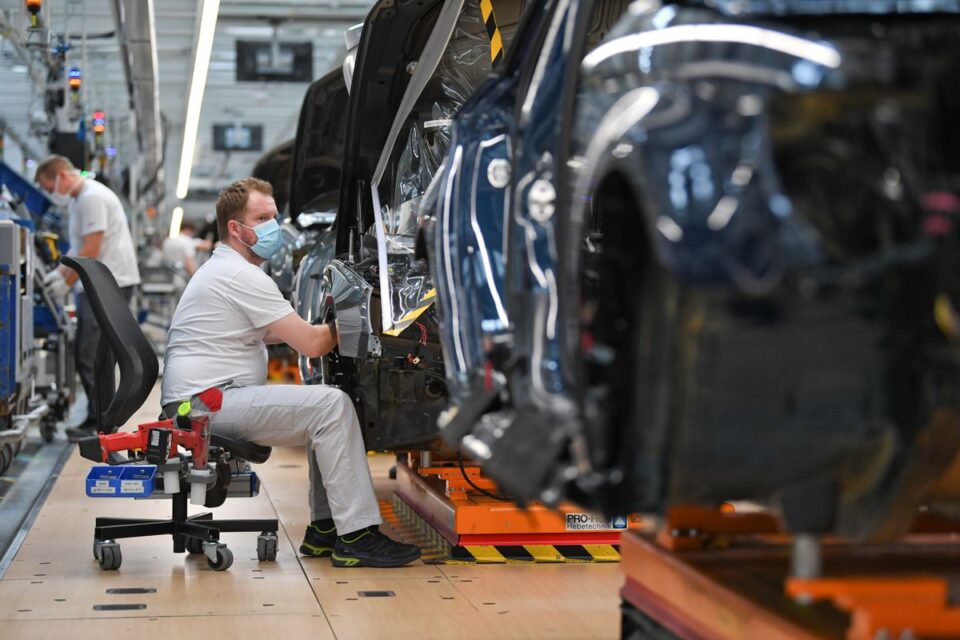 Germany’s car industry on Monday slashed its forecast for production growth this year, indicating that the recovery from the coronavirus pandemic will be bumpy as manufacturers battle supply-chain disruptions.

The Association of German Automobile Manufacturers (VDA) cut its forecast for production growth to 3 per cent from 13 per cent previously, saying that production in recent months had been “significantly below expectations”.

It now expects 3.6 million cars to be made in Germany this year, down by 400,000 units from its last forecast, the VDA said in its mid-year market update.

The German car industry – featuring powerful brands like Volkswagen (VOWG_p.DE), Daimler (DAIGn.DE) and BMW (BMWG.DE) – accounts for an estimated 5 per cent of the economic output and more than 800,000 jobs, making it a bellwether for Europe’s largest economy.

Manufacturers idled production early in the pandemic in anticipation of a go-slow by car buyers, and have been caught short by a snapback in demand as economies have reopened this year.

German car production, at 1.73 million units, was up 16 per cent in year-on-year terms in the first half of 2021. But, in an indication of the difficulties, output was down 19 per cent in the month of June, the VDA figures showed.

New car registrations rose in Germany in the first half of the year by 15 per cent to 1.39 million units.

‘Where the village is, a black dot now exists’ (Updated)

British Airways owner not planning to tap shareholders for capital