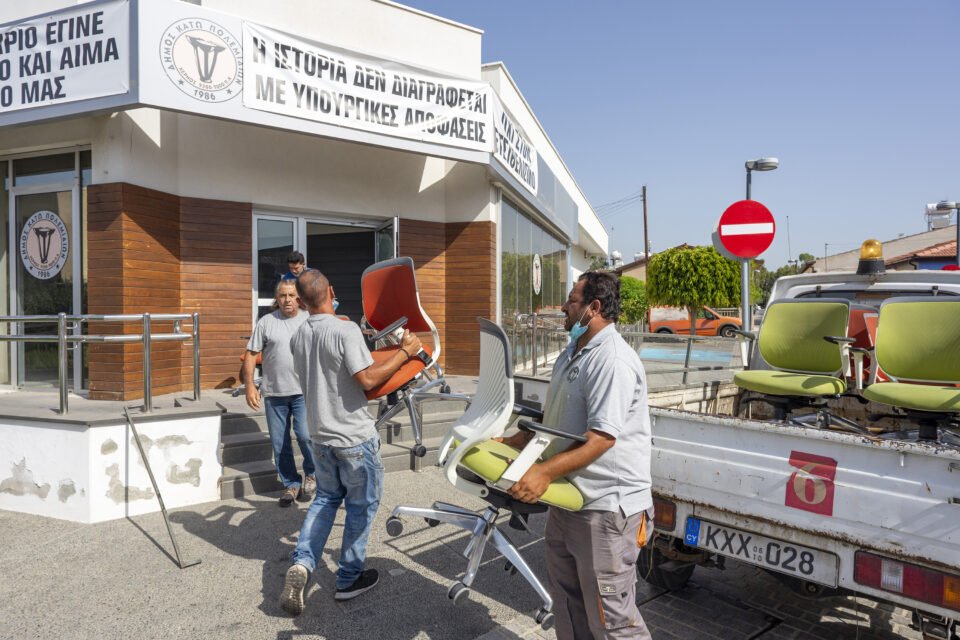 A Limassol court has issued an interim order banning use of a building by the municipality of Kato Polemidia after the local authority had broken into the former co-op bank branch claiming they were the rightful owners.

In a statement on Tuesday, the municipality said its offices will remain closed until the case was settled in court.

Mayor Nicos Anastasiou, along with municipal councillors and staff, took matters into their hands and had a locksmith break into the bank’s front entrance and moved in on June 9.

Their unilateral decision to move in was because the existing town hall was falling apart, they said, with state authorities not doing anything about it despite being notified.

Anastasiou claimed at the time that the former co-op building belonged to the residents of Kato Polemidia therefore they had every right to move in.

The same building had been promised by the government to the Famagusta municipality.

It turned out however, that it belonged to a private developer who secured a court order banning the municipality from using it.

The court will hear the case on Friday.