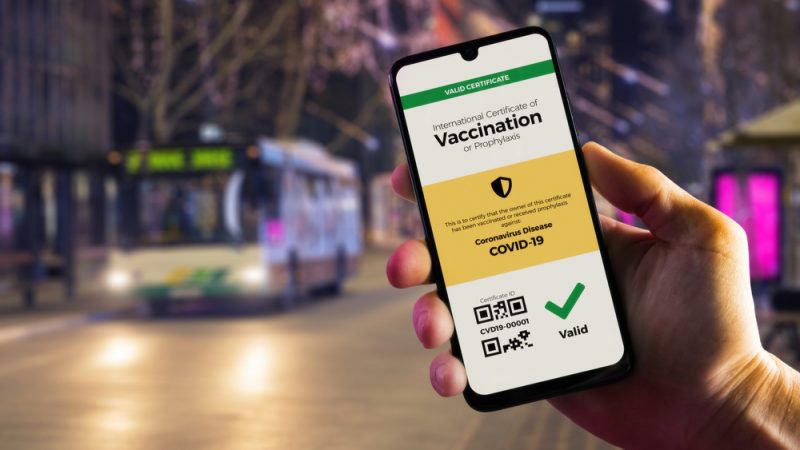 An example of a Covid pass

Instead of having to carry a vaccination card or a negative Covid-19 test in print form, people in Cyprus will soon be able to download a mobile application with which they can prove they have received the jab or taken a PCR or rapid test, the permanent secretary of the deputy ministry for research, innovation and digital policy said on Thursday.

Speaking to Alpha News,  Stelios Himonas said the application, called “CovPass” has been submitted for approval to the AppStore and to Google Play and is set to be released in the upcoming days.

“By law, like in other EU member states, authorities in Cyprus will have to accept the SafePass on the app when it is required,” he said.

“The main reason behind the launch of the app is to speed up the procedures when people are asked to show a SafePass as well as facilitate the movement of Cypriot citizens within EU countries.”

However, Himonas added that the SafePass, whether in print or digital form, is not a travel document, but rather an added proof that can be used to facilitate travel or access to certain venues or businesses that require a vaccine or a negative test.

Until the release of the app, the SafePass can be downloaded on anyone’s computer, mobile or tablet or printed in paper form.

“People who for some reason are not able to download or print the safe-pass and wish to do so, can visit Citizens Service Centres all over the country or call the number 1474.