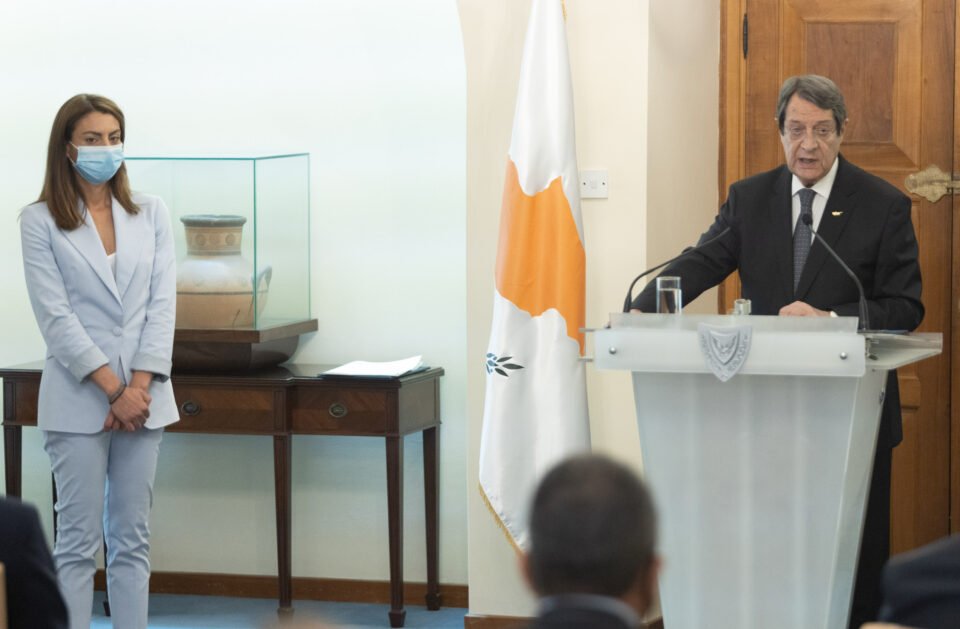 The first minister of social welfare said Friday she would work hard to boost social services and create additional facilities to enable more effective interventions and support by the state.

Anastasia Anthousi was confirmed as the first junior minister of social welfare as part of the administration’s efforts to reform and upgrade the operation of the state’s social services.

Anthousi said her appointment was a great honour but also “brought with it the huge responsibility of implementing a series of policies that were part of the government’s wider strategy to create a strong welfare state.”

The new minister was a senior health service officer who served as the coordinator of the minister’s office under two former ministers and had key roles in the implementation of the national health scheme and fighting the pandemic.

She has degrees in pharmaceuticals and public service management. She joined the civil service in 2001.

Overhauling the social welfare services and its evolution into a junior ministry of social welfare is part of the state’s effort to boost existing welfare policies and ensure social cohesion, Anthousi said.

“A policy that constitutes the government’s highest priority through a series of reforms and actions, which focus on people.”

Anthousi said she was fully aware it would be a difficult feat but pledged to work with everyone involved, political parties and unions, to implement the administration’s policies.

She said a lot has been done so far but there was a need to tackle the new challenges that emerged, mainly because of the pandemic.

How to build a compact DIY patio for your garden