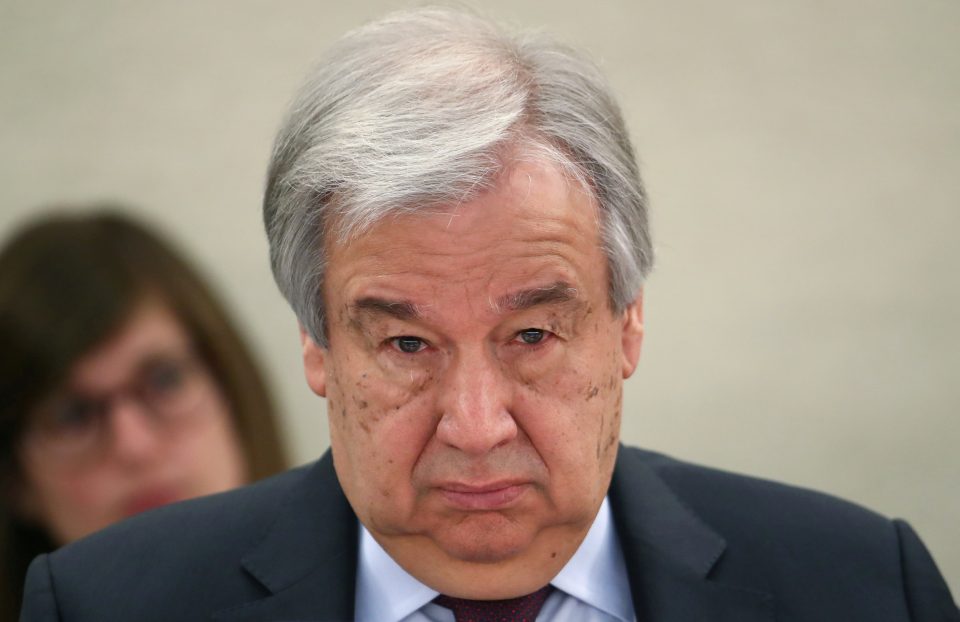 UN Secretary General Antonio Guterres has recommended the renewal of Unficyp’s mandate for a further six months and has stated his concern over Turkish activity in Varosha.

An informal copy of his report, released on Friday, also cited the “unprecedented” deployment of new surveillance technology along the ceasefire lines as a destabilising factor.

Guterres also addressed the increasingly prominent issue of the north’s call for formal recognition, to which he said: “While the UN policy on Cyprus is maintained and decisions of the Security Council on the matter are upheld, concerns about recognition should not in themselves constitute an obstacle to increased cooperation.”

He also expressed his regret that no mechanism has been established for direct military contacts between the communities, saying that: “I remain convinced that [it] would allow the parties to effectively alleviate day-to-day tensions in and around the buffer zone.”

“[It] would constitute an important military confidence-building measure,” he added.

An informal copy of the report was handed out to the members of the UNSC, while Guterres’ report on his Good Offices Mission on the Cyprus issue is expected to be handed over later on.
In his Unficyp report, Guterres said that in the light of the continued contribution of the force to peace and stability and to the creation of conditions conducive to a political settlement, he recommended a mandate extension until January 31, 2022.

“I have repeatedly stressed the importance of no unilateral actions being taken by the parties that could raise tensions on the island and compromise a return to talks, while also calling upon all parties to engage in dialogue in order to resolve their differences,” he said.

“Developments in Varosha are perhaps the most illustrative of such challenges in the absence of a political settlement. I reiterate my concern over developments in the fenced-off area of the town and recall that the position of the United Nations remains unchanged”.
He said he also deplored the restrictions on the freedom of movement of Unficyp in Strovilia and requested that the ability of the mission to patrol and implement its mandated activities be fully restored. The mandate provided by the Security Council to Unficyp was not limited to the buffer zone but extends to the entire island, the UNSG said.

“Regardless of the status of the peace process, confidence-building measures can provide hope and help to narrow the growing divide between the two communities,” said Guterres.

“I encourage the two sides to put forward in good faith proposals and ideas for possible new measures, or to review past proposals, so that discussions and progress may be further pursued.”

Given the complex regional environment and its impact on Cyprus, he Also called on relevant actors in the region to exercise restraint, explore confidence-building measures and take constructive approaches to resolving their disputes.

“It is important that the parties demonstrate their goodwill and make greater efforts to create conditions conducive to a political settlement,” he added.

Biden signs order to tackle corporate abuses across US economy