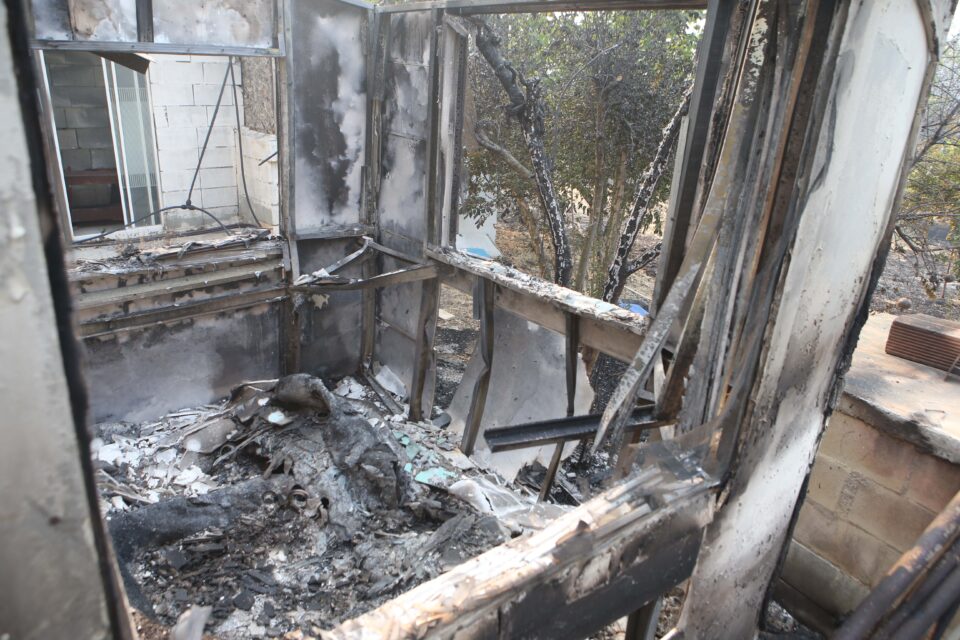 The fire destroyed dozens of properties

Letter to the president

Dear Mr President of the Republic,

I am writing to offer you some of my experiences of the fire on Saturday, July 3. I’m sure you will have had many such communications, but these are my observations and experiences.

You will see from my sign-off I represent Cyprus as an Honorary Consul for the Republic in the North of England, a role which I’ve had for over 11 years and undertake willingly, voluntarily and with honour and pride.

At 13.30 that day I was enjoying lunch with fellow villagers and the Disy leader Averof Neophytou in the centre of the village of Odou, by 15.45 we were abandoning our houses in panic to a fast-moving forest fire.

These are some of my personal observations, many people will testify to these.

1). The fire brigade did not arrive till at least two hours after the fire reached land belonging to Odou village (it may have been different elsewhere but not in Odou). We saw them driving through Farmakas at around 17.30-17.45, many were unfamiliar with the area and with such fires which also appeared to hamper efforts to get the fire under control.

2). It was noted that the civil defence force arrived to evacuate a village at around 20.00. We were forced to abandon it with no plan of where to go. We were driving north of the village, some people taking a narrow road towards Maheras monastery and some towards Farmakas. The reality is nobody knew where to go. There was no direction or coordination and anything could have happened during that time which could have led to more serious outcomes to lives.

3). I tried to get back to Odou on the Sunday morning and I was stopped by a police roadblock near Vavla south of Odou, Ora etc forbidding people entering the area. I had no problem with that, but then I drove 70km around through Nicosia and arrived without problem through Farmakas, north of our village. How inconsistent is this? A roadblock on one of the roads in the south but nothing in the north, a total lack of consistency and lack of coordination by the police. Chaos even after the fire!

My whole experience was one of being in a third world country and not in a modern EU country. The experience of that day is indelibly printed in my mind. Announcements of Israeli and Greek help the next day were too late, insulting to be almost comical and appeared to show a lack of understanding of how serious the fire was. The country was clearly unprepared for anything like this.

Let’s not kid ourselves. Had it not been for brave villagers who had stayed behind in Odou and other villages to fight the fire, we are sure villagers would have lost a lot more than was already lost. I salute these people, unpaid volunteers who risked their lives. These are the people that made the difference and not the state apparatus.

Whilst I accept managing such events are not easy, what really comes out of this is that the government had no visible plan of action, little coordination and acted far too late. I don’t take sides politically, but the responsibility for a lack of a plan and coordination regrettably has to lie with the incumbent government. There have been fires before and it seems few lesson learnt, let’s hope this is different.

The fact is that these villages have been shaken to the core, livelihoods lost through the decimation of pristine farming land and wild natural honey producing areas and their factories, the magnificent greenery much of it planted by past generations has gone. Odou in recent years has grown as young people have settled. These people need immediate and full financial compensation and assistance now if they are to remain, not platitudes and/or part compensation over a period. The area will need an intense and sustained replanting program. Meaningful action is required now. We shall wait and see……

In the meantime the four lives that were lost may have been avoided had a plan been in place. May their memory be eternal.