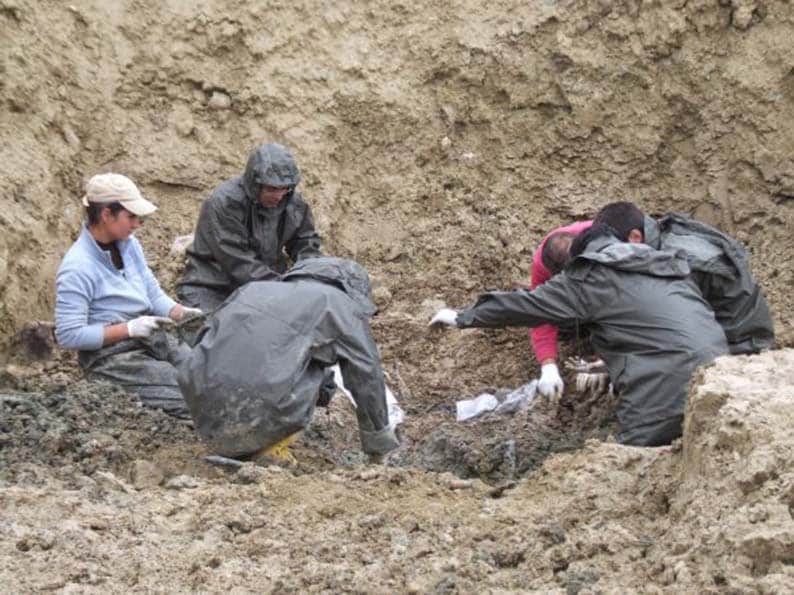 The expert who oversaw the restoration of a landfill in the north which is believed to be where the remains of 70 missing Greek Cypriots were buried is expected to visit the island in August to oversee efforts to locate them, MPs heard on Tuesday.

Leonidas Pantelides, the Greek Cypriot member of the Committee on Missing Persons (CMP) told the House refugees committee that the Portuguese expert and his team were expected early August to see if an exhumation could be carried out safely without the risk of fire and explosions due to methane gases produced by the landfill.

Pentelides said there were also problems regarding the information of where the remains were buried in the area.

Some testimonies suggested they were on the fringes, while others say they were buried in the middle.

Experts plan to perhaps carry out vertical exploratory digs and later, if they get a green light, need to find the money for the project, which was four times the CMP’s budget.

The study alone would cost around €80,000, Pantelides said.

The remains belong to 70 men from the village of Assia, in the Mesaoria plain, who had been executed by Turkish soldiers and Turkish Cypriot paramilitaries in August 1974.

Evidence found in Ornithi, west of Assia, between 2009 and 2010 indicated that they had been killed and buried in mass graves there before they were moved to the landfill in Dikomo, near Kyrenia, in the 90s.

The information regarding the burial was based on the testimony of six Turkish Cypriots, who were involved in transferring the remains sometime in 1995 or 1996.

The landfill was reportedly open until 2002. After it was closed, it was covered with soil and trees were planted, utilising EU funds.

In total 105 individuals – 75 from Assia and 30 from other villages – aged between 11 and 84 captured in Assia disappeared during the invasion.

According to testimonies, they had been loaded on three trucks on August 21, 1974 and taken to Nicosia, to the Pavlides Garage.

There, a Turkish Cypriot police officer selected 35 men under 50 who remained there. Instructions were given for the remaining 70 to be returned to the village.

Some of the remains were found in two mass graves in Ornithi.

It is understood that to date, the remains of around 30 people from Assia have been found and identified.

Pantelides said the CMP has so far found and identified around half the 2,000 persons from both communities missing since the intercommunal strife in the 60s and the Turkish invasion in 1974.

Six bicommunal crews are working in the north and two in the Republic, employing 100 scientists. The CMP is mostly funded by the EU, 85 per cent, while the rest of its money comes from international donations.