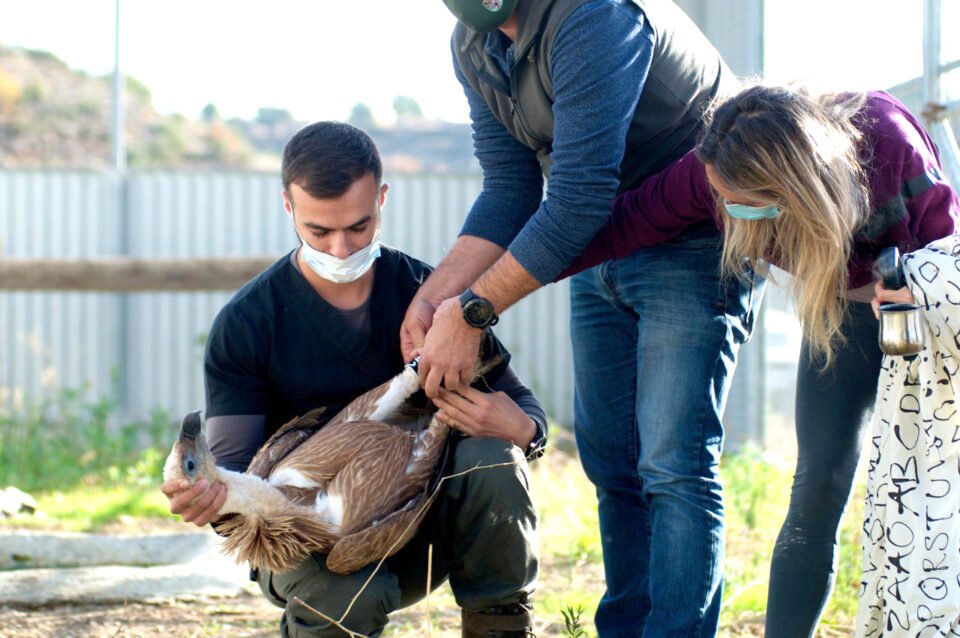 One Nicosia-based private vet specialises in treating wild animals, but his main obsession is birds

As a boy, Constantinos Antoniou watched and counted birds while spending the summers at his grandfather’s sheep farm in Deftera, instead of playing football with his peers. A couple of decades later, he has learned so much about our feathered friends he is now treating them. And it is definitely no child’s play.

“Most birds are difficult cases [to treat] because usually until people bring them in, even if the initial injury was mild, it worsens because birds have low stamina and are very sensitive,” the 28-year-old veterinarian and owner of the AllPets private veterinary clinic in Kokkinotrimithia told the Cyprus Mail.

Antoniou helped treat an Imperial Eagle during his medical training as an ornithologist in Slovakia, before graduating with a Doctor of Veterinary Medicine (DVM) in 2019, where he also focused on avian medicine.

Then circumstances, namely a global coronavirus pandemic, brought Antoniou back to Cyprus – struggling to find a job.

In an attempt to keep following his passion, he initiated collaborations with BirdLife Cyprus and the Game and Fauna service as a part-time vet at the wildlife hospital in Athalassa.

“Most of the time it is not profitable nor viable for a professional in the sector,” Antoniou said explaining there are limited job opportunities, mainly in large wildlife centres abroad or academia. In Cyprus however, there are no state wildlife vets.

Snakes, foxes and moufflons are among Antoniou’s patients, but mainly the hospital treats wild birds. The busiest months are May to July over nesting season, when they might receive dozens of hatchlings that found themselves out of the nest.

“Birds for me are an obsession. They are the most interesting thing found in Cypriot nature,” he said.

The mystery surrounding these creatures appears to be another reason why Antoniou has a special affection for birds, and mainly raptors. “You must really try in order to find them,” he said.

Still at the beginning of his career, one of Antoniou’s proudest moments, he said, is the nursing of one of the 17 recorded griffon vultures of Cyprus after a resident found it trapped in Diarizou valley.

When the rare vulture was brought to his clinic for first aid last year, it was exhausted and had lost a lot of weight.

“The bird was in a tragic state. He was at death’s door,” Antoniou said. So, he and his team were ready to try anything as they “had nothing left to lose”.

The vulture, which was just a few months old, stayed at the rehabilitation centre for a month and half, during which he received medication and had to be force-fed to gain his strength, Antoniou said.

“It was very hard,” the vet noted, as the feeding, which took place three times a day, was at least a two-man job.

Also difficult was a recent amputation of a moufflon’s wounded hoof. Thankfully, the operation was a success and “mouflons can live with three legs,” the vet explained.

The animal is now undergoing rehabilitation before it is expected to be released back into the wild, leaving more space for the 60 young hawks and ten owlets still at the hospital.

The majority of wild animals arriving at the hospital concern juvenile birds who have fallen from the nest and were picked up by humans or attacked by cats. Other inpatients concern animals injured by firecrackers or fireworks, collisions with vehicles or birds who have hit tall buildings and glass windows.

The veterinarian also revealed he had seen and treated animals that “shouldn’t be in Cyprus”.

Wildlife trafficking exists in Cyprus “to some degree” according to Antoniou, despite strict legislation against it. “I have seen birds and other pets that do not exist in Cyprus,” he said.

Injuries are also common in this line of work, with Antoniou admitting that sometimes he gets bitten when he feeds birds of prey.

“I have been told that I must not like mice because I am feeding them to owls. But this is just the circle of life. I have treated mice and rats in the past,” he said.

Despite all the difficulties, Antoniou says he views his work as a contribution to society, and he is happy doing something with “an impact on the biodiversity, wildlife, nature and… gene pool of a species.

“Even the smallest bird is important, because the gene pool of an owl, of whom there are only a few thousand pairs in Cyprus, cannot be compared with that of a labrador.”

Cyprus should prepare for the Carbon Border tax