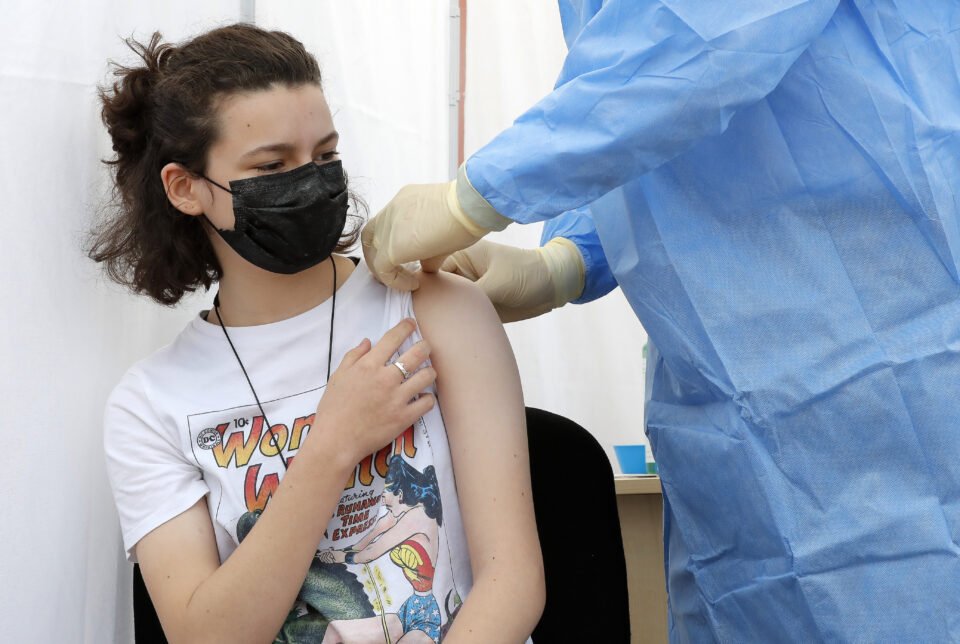 Half a million people will have been vaccinated after Saturday’s numbers are added, while just over 60 per cent of the population is now fully vaccinated, the health ministry said on Saturday.

“We are not far from our goal,” Health Minister Michalis Hadjipantelas said, commenting that the public’s response to the recently introduced walk-in centres has been encouraging and will help push the national vaccination percentage past 70 per cent by Monday.

All appointments scheduled for Saturday will push numbers past half a million, it added.

Hadjipantelas, along with the ministry’s permanent secretary, Christina Yiannaki, visited the walk-in vaccination centre at Larnaca port on Saturday morning.

He said that the ministry plans to open more such centres across the island, following a very successful pilot run on Thursday and Friday.

The ministry’s report showed that vaccination coverage rose across the age spectrum since the last review on July 9, particularly among the young.

A breakdown per age group showed very high vaccination coverage among the elderly, with 93.7 per cent of over 80s and 93.1 per cent of those in their 70s vaccinated with at least one dose.

In all of the above age groups, an average increase of 1.2 per cent was recorded. For younger age groups this was much higher, at 4.58 per cent.

A 4.4 per cent increase was recorded among those in their 20s, raising the vaccination percentage from 39.4 to 43.8 per cent.

Lastly, the largest increase was marked among 16- and 17-year-olds, the last group to be offered the vaccine. On July 9 only 13.3 per cent had been vaccinated, while the new figures show that the percentage is now at 20.7 per cent.

Yiannaki said that walk-in centres have definitely played a part in raising this number, which corresponds to around 1,185 people, adding that around 3,000 hotel staff have also been vaccinated by the mobile vaccination units sent to hotels.

She also said that next Saturday a walk-in centre will operate in the Ayia Napa area.

As regards health professionals who still refuse to get their vaccines, Yiannaki said that the ministry is in contact with the doctors’ association, expressing the hope that its appeals will be taken into consideration and change people’s minds.

Paphos is leading all districts in vaccination coverage, with 76.6 per cent, followed by Famagusta at 74.7 per cent and Nicosia at 70.4 per cent. Limassol recorded a 67 per cent vaccination rate and Larnaca 63.7 per cent.