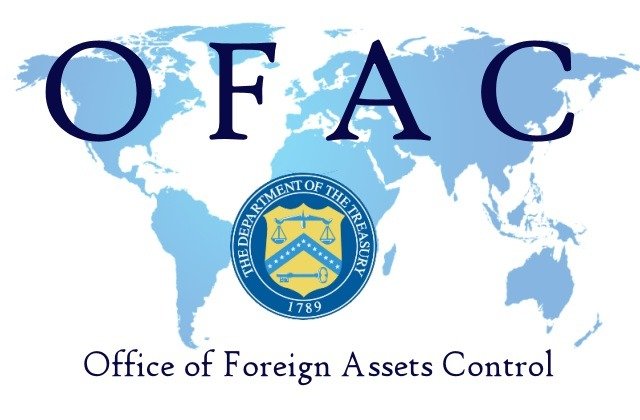 US Office of Foreign Assets Control has many ways of enforcing sanctions.

Cyprus-flagged ships violate US sanctions at their own risk, as this country is not legally obliged to enforce those of the US.

This is in reply to a Lloyds List article on Wednesday reporting that “the Cyprus maritime and business sector is being used by shipowners in the European Union to register and flag tankers involved in Venezuelan oil trades.

“It is the first time that an EU member country has been observed registering and flagging vessels shipping US-sanctioned crude from the South American country.”

These shipping lines are not members of the Cyprus Shipping Chamber, however.

Our members respect global sanctions, says Thomas Kazakos, director general of the Cyprus Shipping Chamber, in an interview with the Cyprus Mail.

The influx of tanker tonnage to the Cyprus flag registry, the world’s 11th-largest, signals a strategic shift from owners and the Republic of Cyprus and tests the limits of US enforcement,” the report said.

On January 28, 2019, the US designated Petroleos de Venezuela S.A. (“PdVSA”) to the US Specially Designated Nationals List (“SDN List”). The immediate effect was that US persons were generally prohibited from engaging in any transactions with PdVSA and all of PdVSA’s property and interest in property in the United States were blocked. These restrictions also applied to any entity 50 per cent or more owned by PdVSA.

Kazakos pointed out the Cyprus Shipping Chamber expects its members to comply with all global sanctions – those of the US, the EU, and those of the United Nations. “We treat these all as part of a global framework,” he added.

Nonetheless, Cyprus has no legal obligation to enforce US sanctions.

The country’s deputy shipping ministry told Lloyd’s List that the Republic of Cyprus was only committed to enforcing European Union and United Nations sanctions and not those imposed by the US.

Cyprus “has no competence or legal basis for enforcing sanctions that have not been imposed by either the UN or the EU,” the ministry said in an emailed response.

“The US SDN List, in and of itself, does not have extraterritorial effect; that is, the naming of an entity to the SDN List does not automatically mean that non-US persons are subject to sanctions if they deal with that entity,” explained the London-based  law firm Hogan & Mahar in a note.

US sanctions are implemented by the Office of Foreign Assets Control (“OFAC”), and this agency has long arms.

“If a party is placed on the SDN List, it is effectively cut off from a major portion of international business and financial transactions, access to most bank accounts and restrictions on international travel.  As a result, the restricted party lists have become a powerful tool for the United States to isolate foreign adversaries and advance its interests around the world short of taking military action,” comments the law firm Williams Mullen.

“OFAC has applied the sanctions laws to foreign companies in many instances as well.  In fact, the incidence of this is increasing due to recent political events (such as in Iran and N. Korea), and recent legislative enactments such as the Countering America’s Adversaries Through Sanctions Act of 2017.

To date there are four principal categories in which non-US parties have been subject to U.S. sanctions: (i) where the foreign party has a requisite level of contacts with the US (ii) where the foreign party has been designated itself for sanctions and listed on the SDN List or other restricted party lists; (iii) under “secondary sanctions” (ie., sanctions that specifically apply to non-US persons); and (iv) for providing material support or assistance to or facilitating a significant transaction with certain parties that are subject to sanctions.  If a foreign company or individual violates a provision of the US sanctions laws, they can be exposed to significant consequences for such actions.”

In simpler terms, the US can cut off access to its banks and financial markets. This can result in serious losses for many foreign companies, and it has been an effective tactic in enforcing its sanctions.