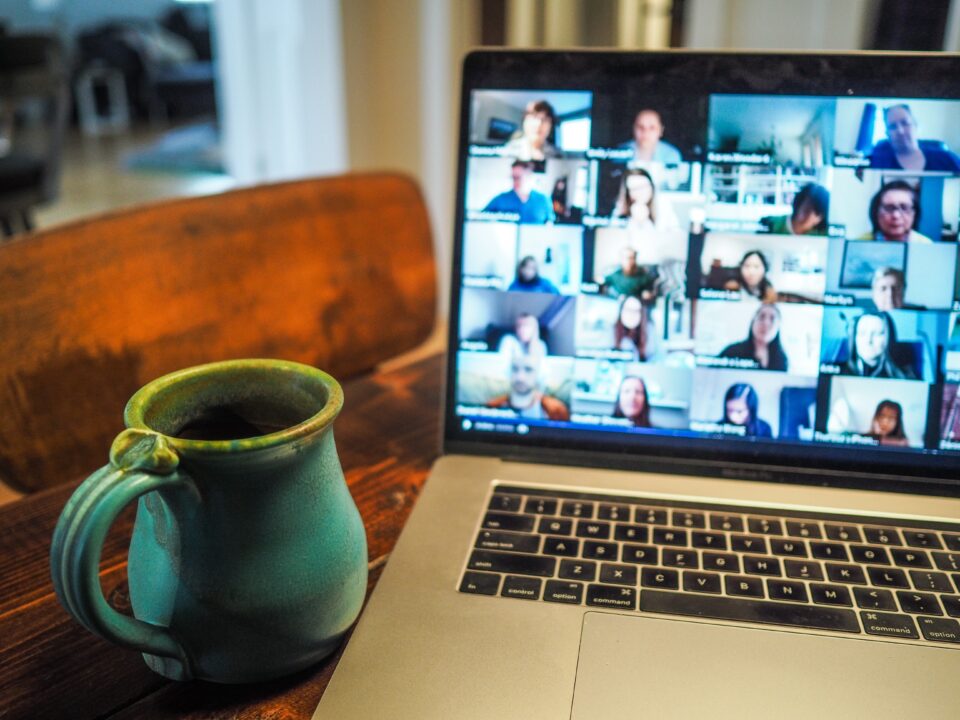 Sometimes it can seem like we’ve uploaded our whole lives to the internet: bank accounts, social media posts, dating profiles, work emails – it’s all out there in that nebulous cloud of digital information that is the world wide web. The problems with this new digital way of life are well known. Social media is thought to produce echo chambers in which people aren’t exposed to healthy debates. Big tech companies make money from our personal data. Workers in the gig economy are paid a pittance to deliver groceries to the better off.

In the context of the epic, risky nature of living our lives digitally, one of the European Commission’s six strategic priorities for 2019-2024 is to create a Europe fit for the digital age. The aim is that technology will work for people; the digital economy will be fair; and that it supports an open, democratic and sustainable society.

The Covid-19 pandemic has put rocket boosters under the transition to a digital society. One survey conducted in July 2020 found that more than 1 in 3 workers in the EU were working exclusively from home. This means that they were relying almost exclusively on digital tools to socialise, work, and access any state services they needed. Now more and more researchers are asking themselves: does our reliance on digital tools leave us on the wisest path?

One is Dr Matthew Dennis at the Technical University of Delft in the Netherlands. Dr Dennis is an ethicist interested in applying the philosophy of human flourishing to the digital age. Philosophers have long wondered what constitutes a ‘good life’, and from Aristotle to Confucius, they have supplied their own slightly different answers. One central idea is that happiness alone is important but not enough; there are people who are subjectively happy who might still not be living a great life.

‘What the other important aspects of flourishing are depends on who you ask,’ said Dr Dennis. ‘It might be about fulfilling roles in society, or achievements and contributions to society. More modern ethicists like me are quite interested in the idea that pursuing passions is an important part of flourishing.’

Dr Dennis has been part of a Delft working group looking at the ethics of innovation in the Covid-19 era. Through the group, he carried out some work that explored how to manage our digital wellbeing.

The idea that the time we spend online is bad for us is a controversial one. Dr Dennis points out that the latest research suggests time spent online can be bad for our mental health, but we really need to take into account what we’re doing online – are we having a conversation with friends or mindlessly scrolling? They are very different things. One 2019 report from the Happiness Research Institute in Copenhagen, Denmark, found that the most frequent users of social media ‘tend to be less satisfied with their lives and make more negative social comparisons’.

Dr Dennis looked at three frameworks for enhancing our digital wellbeing in pandemic conditions. First were rule-based frameworks, such as that issued by US-based nonprofit, the Center for Humane Technology. These suggest people take specific steps, such as limiting their time on devices and taking care to do exercise designed to promote mindfulness. Second, were character based strategies, which say we ought to cultivate character traits that will be useful in the online sphere, such as the ability to control where we give our attention. The third way is not so much something for individuals but for designers. It is to explicitly change the way that online spaces are designed so that they don’t prompt us to make choices that are bad for our wellbeing.

None of these frameworks on their own can provide a perfect route to digital wellbeing, Dr Dennis concludes, but he says we’re more likely to be able to overcome the challenges posed by a post-coronavirus world – where we may spend more time online – by combining the best bits of them all.

As we accelerate towards a digital society, the implications go beyond how we spend time online. Collection of people’s data also has consequences for online autonomy, wellbeing, and other crucial aspects of life, including access to welfare.

Beginning in 2015, Stefania Milan, an associate professor of new media and digital culture at the University of Amsterdam, the Netherlands, has been working on the DATACTIVE project, which has been investigating how civil society engages with and responds to the collection of data on a massive scale. One of her early projects involved creating a browser extension, now called Tracking Exposed, which aims to highlight the power of personalised algorithms by allowing a comparison between what different users see on certain websites, such as Facebook.

More recently, Prof. Milan has been thinking about what she calls the ‘data divide’. As she pointed out in a recent essay, this divide has been exacerbated during the pandemic. There are two ways in which this plays out, she says.

First, she points out that people’s interaction with the world and with the state is mediated by data. If information about a person is not included on databases, for example, then that person can’t interact with the state properly, accessing welfare assistance becomes an issue, for instance. This first digital divide applies at the level of individuals within nations. It is people such as undocumented migrants, poor people who don’t have access to connected devices, or workers on the gig economy that are among those who fall on the wrong side.

This divide also operates at an international level, and this has become more deeply important during the Covid-19 era. The ways in which nations have responded to the pandemic have been dependent to a large extent on the quality of their data, says Prof. Milan. Their ability to carry out tests and compile the results, and their ability to track people who have tested positive and trace their close contacts.

Prof. Milan also has a prescription for how we might remedy this, as least when it comes to the national level. It’s not complicated. She says we must first begin to invest heavily in making sure poorer people have access to devices so they are not excluded from interacting with the state. Second, and more importantly, we need to start investing in building up people’s data literacy, she believes. This has to be done in schools, from an early age, she says. But we can’t leave out adults, so there will have to be classes and even TV campaigns to help them become more data-literate, she suggests.

‘You learn how to swim because if you fall into a canal you need to swim to be able to survive,’ said Prof. Milan. ‘In the same way, we should also incorporate into school programs digital and data literacy.’