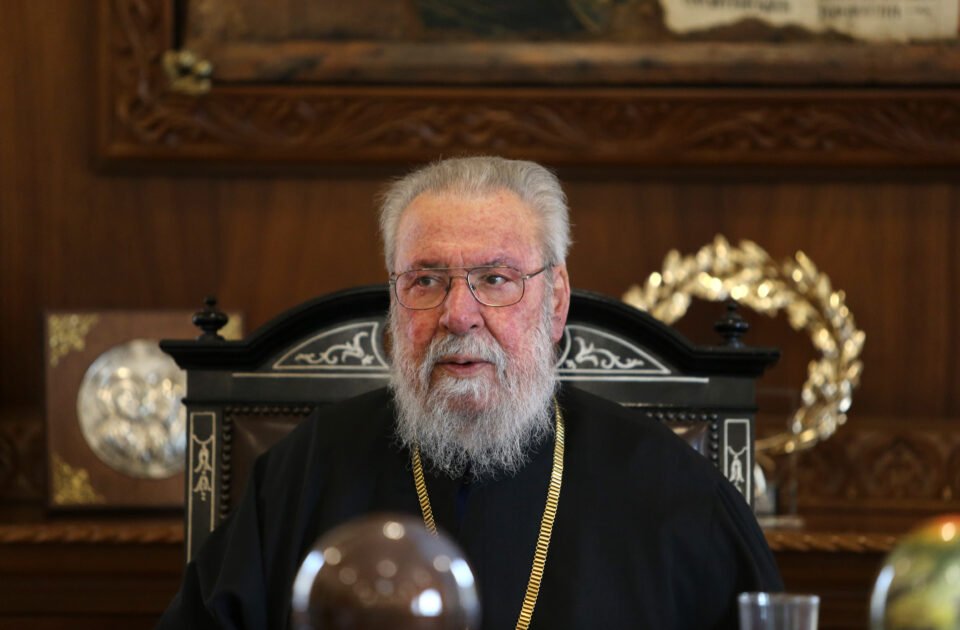 Archbishop Chrysostomos said on Tuesday he is willing to fire archbishopric employees who choose to remain unvaccinated after returning from their holidays.

Speaking to CyBC, the archbishop said that out of 80 members of staff, only eight have not been vaccinated.

He said that he called them to his office, telling them not to return to work if they are still unvaccinated after the end of their holidays.

Being ill himself, catching coronavirus might prove lethal for him, he added.

“I respect them, why shouldn’t they respect me?” he said, pointing out he himself has received both doses of the anti-coronavirus vaccine.

Asked if he can convince members of the clergy to get the jab, he said he will personally see that the archbishopric cuts the €5 million it contributes yearly to help cover the cost of salaries.

“I will not give money to those disobeying the orders of the Holy Synod,” he said, “to teach some respect to any priests and bishops who disobey me”.

Commenting on Sunday’s demonstration, which was attended by scores of people opposing the SafePass and by extension the vaccine itself, with many invoking religious reasons for their stance, the archbishop said that they were “just doing it for show”.

“They do not have true faith, they just want to rally supporters,” he added. “They do not obey the church or anyone else”.

“People can’t claim the church or religion as their own simply to believe want they want to believe,” he finally said. “Neither Elder Paisios [whom demonstrators were quoting] nor any other saint has ever dealt with these subjects, no matter what some might say”.

Breadcrumbs withdrawn for not listing sesame