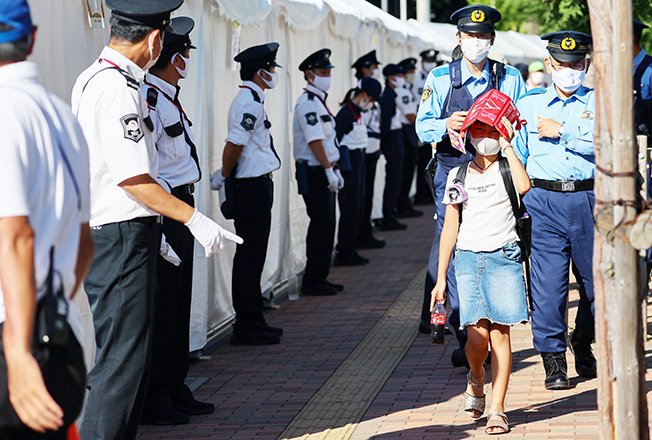 Many of the world’s top athletes will suffer along with Tokyoites in the “ridiculous” heat of Japan’s high summer, as the Olympic Games start this week in sweltering temperatures, posing an added burden for all the visiting participants.

Japan’s weather bureau issued heat-stroke alerts for a fifth consecutive day on Wednesday. The temperature in the capital, now in the throes of another hot and humid summer, was 33.1 degrees Celsius as of 3:00 p.m.

Organisers are rolling out tools to beat the heat, including mist-spraying stations for Olympic horses and cooling vests for referees. But the heat adds another complication for coaches and players whose training has already been impacted by the pandemic.

“The Japanese summer is abnormal. There’s humidity and the heat is ridiculous,” said Misuzu Ueno, a 24-year-old Tokyo resident. “This climate is not suitable for the Olympics.”

The head coach of the New Zealand men’s hockey team, Darren Smith, said there had been “a heck of a lot of work done” to prepare for the sizzling conditions, which are expected to be especially challenging during morning matches.

“It will be hot,” Smith told reporters at a news conference inside the Tokyo 2020 Main Press Centre. He said the team had plenty of training and preparation to get ready for the temperatures – including time in a heat chamber.

The high temperatures are likely to be an additional challenge for athletes from southern-hemisphere countries, such as New Zealand, where it is winter now. In Wellington, New Zealand’s capital, temperatures were forecast to hover around 13 degrees Celsius this week.

The Tokyo heat also adds a complication to dealing with the pandemic: Experts have said first responders could easily confuse heatstroke and coronavirus cases because the illnesses bear similar symptoms such as high temperatures and dehydration.

“It’s not just COVID patients, there will be more patients with heatstroke, so I think it’s hard on the medical front,” said 44-year-old Mariko Hoshino, a resident of Chiba, which neighbours Tokyo.

New infections spiked to a six-month high of 1,832 on Wednesday in Tokyo, and experts have warned that could worsen, putting additional strain on the healthcare system, which is also dealing with more heatstroke patients.

UK citizen arrested in Spain for role in 2020 Twitter hack