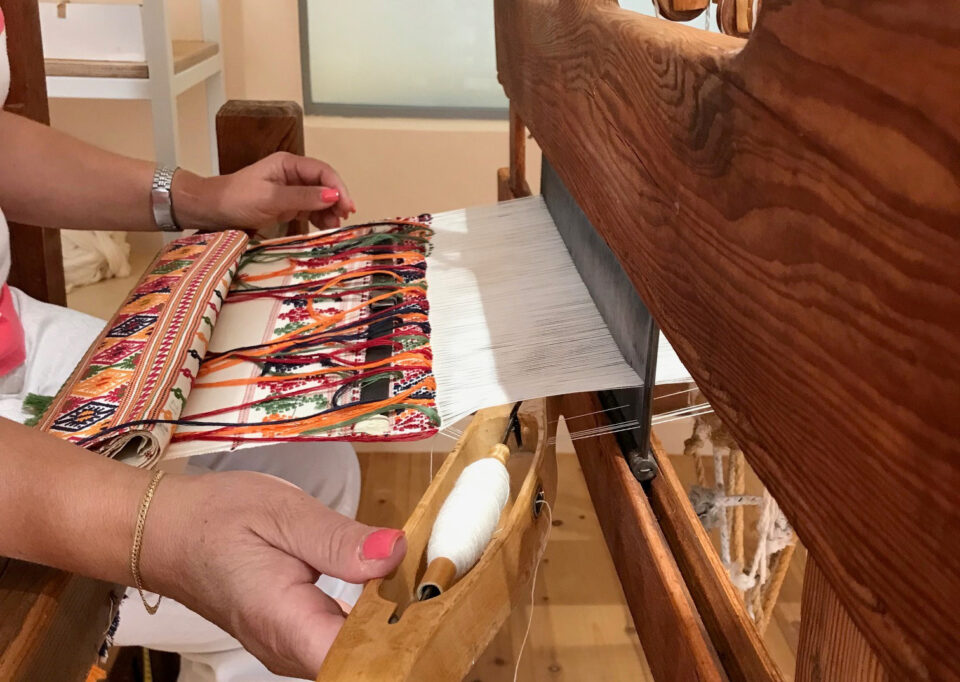 Tradition is in right now. Traditional elements and techniques show up in fashion, cost-free programmes invite the public to learn local art and now one more centre has been established to promote the island’s handicrafts.

The Folk Creativity Centre, part of the Culture and Creativity Multispace in Larnaca, opened its doors on Monday, with the co-operation of the Cyprus Handicraft Centre, the Municipalities of Lefkara, Athienou, Livadia and ceramics workshops.

Visitors to the centre can observe live how traditional folk-art pieces are made such as the well-known Lefkaritika embroidery, lace from Athienou, basket weaving from Livadia and more crafts that relate to Larnaca’s cultural heritage. From Monday to Saturday, 10am to 5pm, visitors can walk in and see how the district’s traditional art is made.

Besides observing the creation process, the building itself is something to marvel at as it is one of the most important establishments in Larnaca and is said to be intertwined with the history of the city. It is estimated that it was built in the second half of the 18th century and its original use was a house that belonged to the Mattei family. The Mattei was a rich and important family of landowners, of Italian origin and Latinos of Cyprus.

“With the arrival of the English in 1878,” explains the centre, “it was transformed into a club for civil servants and the military. In the yard of this building, the first tennis court in Cyprus was created.” After 1960 it was renamed from English Club to Larnaca Club. In 1974 and for about a year it hosted refugee families. It is a Turkish-Cypriot owned building and today it is rented to the Municipality of Larnaca.

‘Mind the gap’ – why the complaints about the EU’s climate plan?