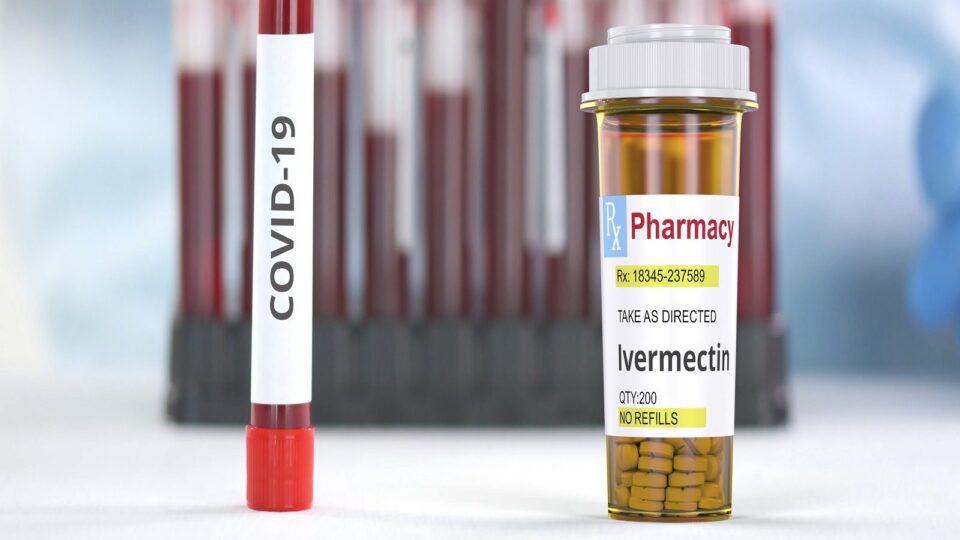 Ivermectin, an existing drug against parasites including head lice, has had a chequered history when it comes to treating COVID-19.

The bulk of studies so far show there’s not enough evidence ivermectin is useful in treating or preventing COVID-19, either alone or with antibiotics or supplements.

Yet interest in the drug remains, on social media, in some countries, with some doctors and with one politician in particular, Liberal MP Craig Kelly, touting its benefits.

Now a large clinical trial that seemed to show positive results for ivermectin has been withdrawn. So you’d think that would be end of the ivermectin saga.

But research into ivermectin is ongoing. Here’s what the evidence says so far and what we can expect next.

Ivermectin was identified as a potential COVID-19 treatment based on experiments in isolated cells and animals. The initial lab studies into ivermectin’s effect on the coronavirus involved very high concentrations of the drug. These were many times higher than can be achieved in the body at doses recommended to treat parasites.

As the pandemic progressed, so did ivermectin clinical trials. But when experts who write doctors’ prescribing guidelines reviewed the data, they found not enough evidence to back ivermectin to treat or prevent COVID-19. These groups included Australia’s National COVID-19 Clinical Evidence Taskforce and the World Health Organization. Instead, they said ivermectin should only be used in clinical trials.

The most robust summary of the evidence for ivermectin in COVID-19, published in June, goes one step further. It found available evidence showed ivermectin didn’t work.

This review carefully examined ten higher-quality (randomised-controlled) clinical trials, which involved more than 1,100 patients with COVID-19 being treated with ivermectin.

The researchers excluded many of the low-quality (observational) studies some commentators have used to support ivermectin as a COVID-19 treatment.

This was because observational studies cannot control other clinical factors that might influence how people respond to COVID-19, such as other treatments and supportive care.

This major review concluded ivermectin did not reduce death from any cause, the length of stay in hospital or people’s ability to clear the virus. The review also said ivermectin was safe but “not a viable option” to treat COVID-19.

In recent months, we heard the seemingly promising results from a large randomised trial, which was posted online as a pre-print and had not been independently verified (peer reviewed).

This study stood out because it found ivermectin led to “a substantial improvement and reduction in mortality rate in ivermectin treated groups” — by 90%.

However, the excitement was tempered when the pre-print was withdrawn pending a “formal investigation”. Significant questions were asked about the nature of the primary data on which the study was based and whether some of the paper had been plagiarised, among other issues. This called into question the spectacular positive result for ivermectin.

The trial and publication are still under investigation.

But the ivermectin story continues. Researchers at the University of Oxford announced in June they would be starting another ivermectin trial, called PRINCIPLE.

This high-quality trial will involve investigating treatments for people at more risk of serious COVID-19. So far the trial has recruited more than 5,000 volunteers from across the UK. Another part of the trial (into another potential COVID-19 therapy) has already reported results.

This new ivermectin trial is just starting and will compare a three-day treatment of ivermectin in people within the first 14 days of COVID-19 symptoms, or having a positive test, with those having usual care. The trial is expected to report its results in the coming months.

Ivermectin remains a medicine of interest for treating and preventing COVID-19. Yet, key questions remain including the best ivermectin dose, how long ivermectin should be taken and when it should be given to people with COVID based on their stage of infection and illness.

Until then, getting vaccinated will give you the best chance of avoiding severe COVID rather than waiting for a COVID treatment, which may or may not be shown to work.

Remains of missing Greek officer handed over for burial