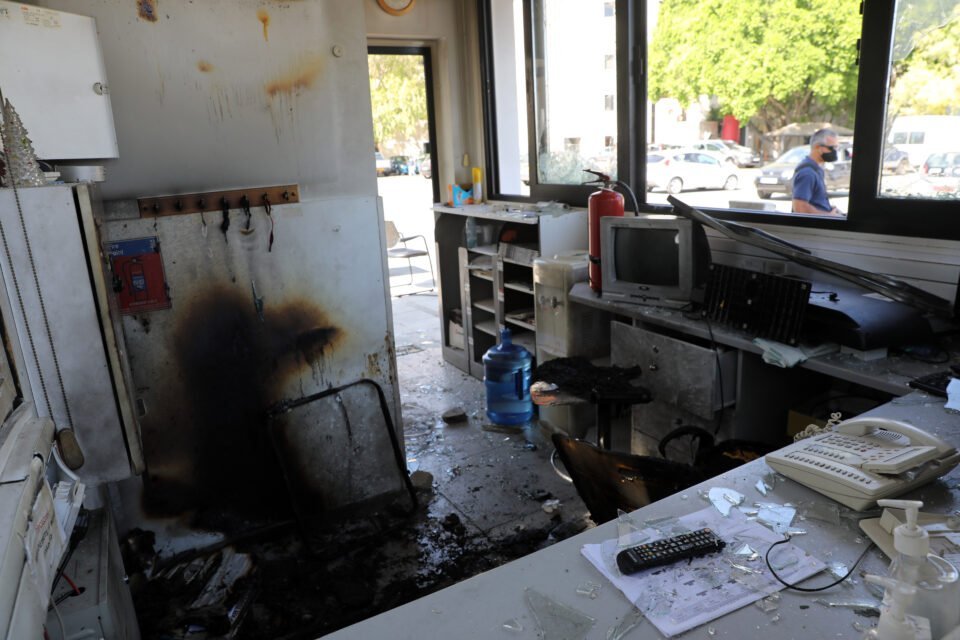 The security guard's office after the attack

A 47-year-old woman has been arrested in connection with the protest last Sunday at the Presidential Place and the attacks at Sigma TV, police said on Thursday.

The woman was arrested on Wednesday as part of the ongoing investigation into the case, police said.

So far, 15 people, aged between 25 and 64, have been arrested in connection with the case while 13 more are being sought.

A group of people, who were among the around 5,000 protesting outside the Presidential Palace last Sunday against the SafePass, attacked the Dias publishing group’s premises that also house Sigma TV. They attacked staff, set on fire vehicles of the TV station, damaged employee cars, and trashed the lobby of the station and other areas.

The guard who was on duty at the time, Demetris Skouros, said attackers threw a flare into his cubicle that caught fire and were keeping the door closed preventing him from leaving. He said when he told them he would die if he was left in there, attackers told him he deserved to die, calling him and the rest of the Sigma staff fascists.

He said he was able to escape by smashing one of the windows with the fire extinguisher and rushed to alert the rest of the staff about the attacks to protect themselves.