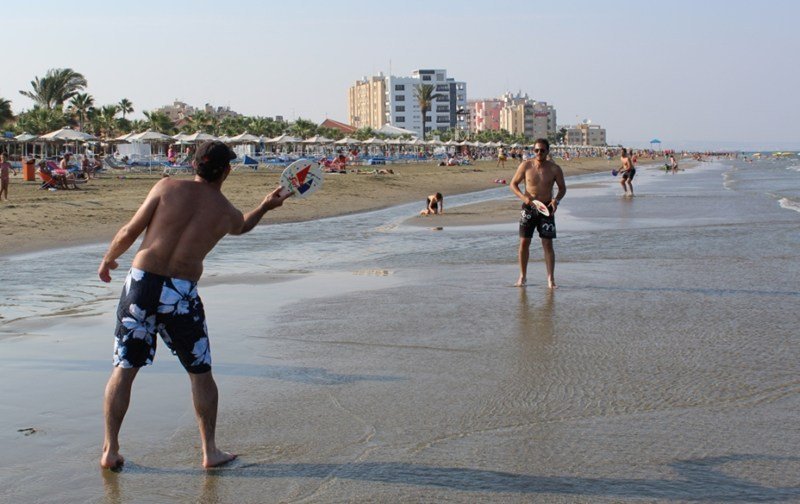 The environment department has given the go-ahead for the construction of seven small jetties along the Makenzie shoreline, Larnaca Mayor Andreas Vyras told the Cyprus News Agency on Friday.

He said the seven jetties, part of efforts to upgrade the coastline, will be constructed within the framework of the action plan of Larnaca’s tourism promotion company and aim at ‘covering’ the existing, concrete wave breakers.

The cement wave breakers are used by swimmers. Constructing the quays will cover a big part of these wave breakers, reducing the visual pollution of the concrete, he said. Part of the existing structures, especially on the beach, will be dismantled, he added.

The quays will be built using Cumaru lumber which is particularly resilient to the marine environment and has been used for similar projects in Cyprus such as on Oroklini beach. The deck will be fastened with special metallic poles on either side of the wave breakers.

The mayor said that the environment service had attached conditions to its approval. These include ensuring the type of foundation does not obstruct the natural movement of the waves and the flow of water, while the placing of the jetties should ensure there is no damage to the rocky understratum in the water and on land.

It also recommended use of antioxidant materials for the support pillars. Should paint be required, special care must be taken to ensure that they are appropriate for the marine environment, do not leave residues or cause pollution.

Care should be taken to minimise the noise during construction. Noisy construction work should be carried out during normal working hours and not on weekends and holidays so as not to disturb swimmers and residents of area. LED lighting should be used, and jetty lights should shine upwards and not into the water.

Responsibility for managing and maintaining the project will lie with the municipality. The public’s access to the sea will be delineated within swimmers’ protection zones and where there are lifeguards. Signs will be placed regarding the depth.

The environment service also asked that warning signs be placed on the jetties regarding their use. They should not be used for recreation boats or sea sports, or to dock boats to embark and disembark tourists.