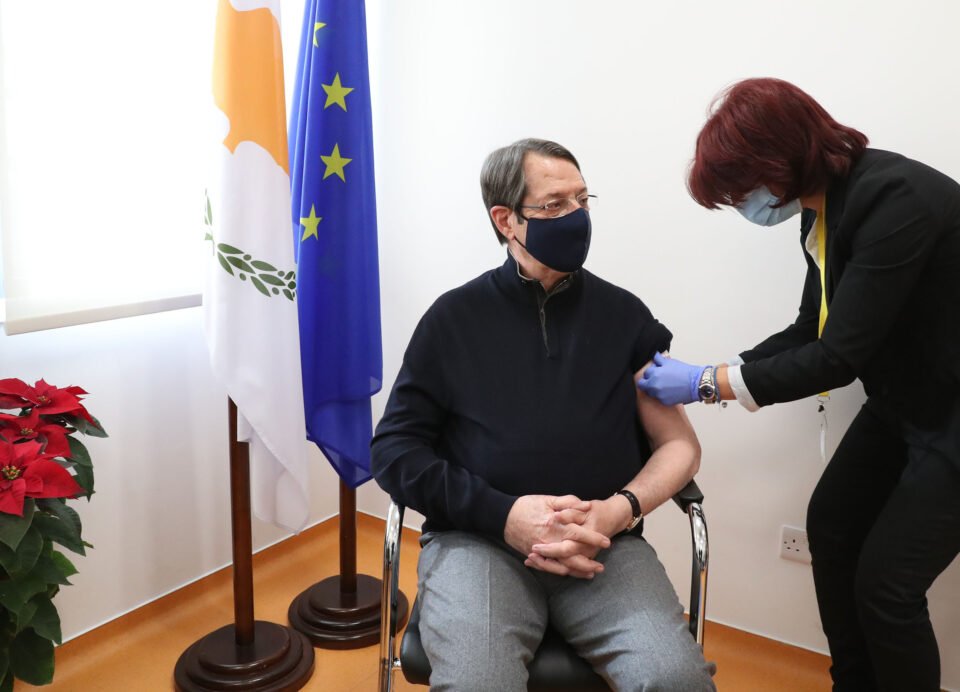 Willingly or not, we all put up with text messages and curfew, but it’s vaccinations that have become the hill to die on

The debates surrounding Trump, Brexit, the Cyprus problem are among the most toxic and divisive and in 2021 we have a new powder keg: the debate on vaccinations against Sars-Cov-2, the disease which causes Covid-19.

The stumbling block in richer nations is vaccine hesitancy – a reality which has burst to the fore in Cyprus most notably last Sunday.

Crowds gathered outside the Presidential Palace in Nicosia to demonstrate against, as they put it, coercive measures essentially forcing them to take the vaccine.

Later that evening a splinter group attacked the Dias media building, threatening staff, setting company vehicles on fire, and trashing the lobby and other areas. Police officers were also injured at the Presidential Palace.

That was an in-the-flesh event which had spilled over from the debates on social media, the favoured battleground of divisive ideas.

Twitter, Facebook and even the Cyprus Mail comment section is awash with mockery and derision – sometimes much worse – as the vaccinated and unvaccinated duke it out.

But is there any way back – can we heal the divide?

“Obviously there’s a very large percentage of people who have been vaccinated and this is increasing,” she told the Sunday Mail.

And in that group, she says, there are those who were first in line to get the vaccine plus those who were most hesitant and took more time to come to that decision.

“And then we have another portion, about 30 per cent [the unvaccinated] who are also not just one side, it’s also a heterogeneous group and I think that’s how we should view it in an attempt to break the divide and not to see it as such,” she told us.

So essentially: from a distance you get a pixelated view of two groups but zoom in and you’ll find a higher resolution image which shows more nuance.

“There are people who clearly understand the science and made a very rational decision, weighing the pros and cons, then there are people who are more scared – and I think fear plays a big role, but not everybody is the same,” she said.

Panayiotou also referenced a loud but “very small group” – that number about one to two per cent of the population – with paranoid ideas about microchips and the like.

“And these are the kind of people who are paranoid or mistrustful of almost anything… They just don’t trust others at a very basic level,” she said.

“But at the same time, because they’re the most colourful and the most talkative – the most sensationalist – they’re given a lot of attention and space to present these ideas – we’ve kind of coloured the divide based on that, but they don’t really represent a big part of the population,” she said.

Alexis Karkotis, a social anthropologist with a PhD from the University of Bristol, told us that a culture of division is baked into Cypriot society and this acts as an incubator to what we’re seeing now.

“If we go back to Tassos Papadopoulos and the debate surrounding the Annan plan, we see the divisions there – there’s already a culture of black and white, it’s a divided island, it’s in the air,” Karkotis offered.

“It’s an ingredient, I wouldn’t classify it as a causation but it’s a correlation.”

Karkotis believes that simplifying the debate into two main camps excludes a variety of opinions.

He also says that the vaccinated and unvaccinated are both fearful for their health: “I think this is the lack of understanding between the two groups, if we’re calling it that, they’re both afraid.”

There is a common criticism of the unvaccinated: that they need to do more research and follow the science.

“I think the unvaccinated have done more research but whenever you do more research you come across a lot of truth but also a lot of misinformation,” said Karkotis.

“And then we get into statistics, where a lot of people don’t understand statistics,” he said.

And this leads us neatly into a persistent criticism – and another divisive angle – of the debate: a perceived lack of transparency from government agencies on the data.

A concern often heard from the more vaccine hesitant groups is that on the one hand they’re told to ‘follow the science’ but then the government doesn’t seem to trust people to come to the ‘right’ conclusions when they are provided with the data – which can then be seen as deliberately obfuscating the data, making people less trustful of the government.

“It’s a complicated issue and I’m not very hopeful that it’s easy to solve, I think concrete information is very important and we need to have transparent information available at all times,” said Panayiotou.

One of the most notable criticisms levied against the authorities is their decision to no longer announce whether the deceased have been vaccinated against Sars-Cov-2 or had underlying health conditions, ostensibly on the grounds of personal data protection.

Panayiotou reasons that there is a need for clear explanations of data.

“Explain it, because nothing is ever 100 per cent in science and someone needs to explain it – I think the various bodies that are responsible needed to have a clear communication line and stick with it – I think we had a very poor communication policy in Cyprus,” she said.

“And I think we did a poor job with providing consistent and clear information to the public.”

Panayiotou believes the government has a good team of experts advising them, but they have lacked a consistent communication policy – and that should have been a priority.

“I have nothing against them, but you will notice how they go on different TV and radio stations and they may say completely different things and different from one day to the next.”

Panayiotou also expressed surprise at a seeming lack of trust, from some, in the scientists and experts in the first place.

“We know in Cyprus that authorities and governments have a bad name anyway, so this didn’t help; with all the mistrust that has been in the air for decades now,” she said.

But Panayiotou posed a key question herself: Why were the scientists not more trusted – when those from academia tend to have a positive reputation in Cypriot society?

Panayiotou thinks that may be because of the way they were deployed by the government.

“Studies consistently show that scientists and universities in Cyprus are trusted, and those who have been advising the government are good scientists, but the way that they have been asked to contribute may not have had the expected impact – it’s very surprising in some ways,” she said.

It has been a long and winding road since Pfizer-BioNTech announced success in its phase three study – back in November 2020, just a few days after Trump lost the US election.

Pfizer’s announcement paved the path towards global immunisation, but it has been a rocky road towards that goal, and there’s a way yet to go.

President Nicos Anastasiades received his first vaccine dose back in December – publicly at that – to boost confidence, but in the months since then there remains a significant part of the population who have so far not rolled up their sleeves.