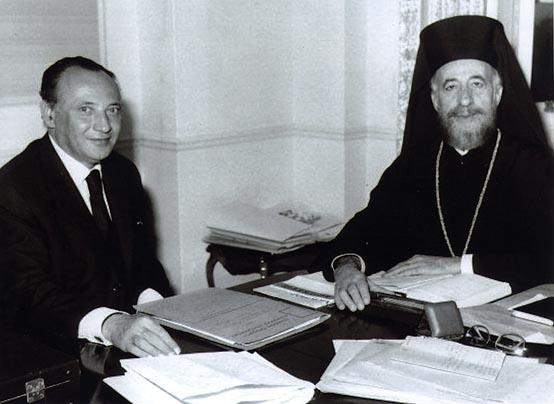 The importance of Cyprus to the Turks

President Erdogan has been and gone. His visit was done to show the importance of Cyprus to the Turks, but that does not mean he knows what he is doing about getting a settlement. Apparently, he has bought into the two-state approach, but assuming this is not just a power ploy, it is misconceived as it requires the consent of the Greek Cypriots and they would rather eat grass than agree two states in Cyprus.

The argument President Erdogan used to justify his support for two states is that the Turkish side has tried for a federal settlement and negotiated in good faith – most recently through a leader as amenable as Mustafa Akinci – only to be rebuffed at every turn.

The answer, however, is not to abandon the Republic of Cyprus (RoC), which the Turkish Cypriots claim is as much their baby as it is the Greek Cypriots, but to try again and again because with patience a bizonal federal Cyprus is doable.

The need for patience is axiomatic: Greek Cypriots need time to process a bizonal federation before they commit themselves to it. The crazy events of July 15, 1974 compounded by Turkey’s invasion that brought about the demographic changes conducive to a bizonal federation, make it expedient rather than desirable in Greek Cypriot eyes, and it is important to evaluate the time they are taking fairly.

The immediate decision was made by the prime minister of Turkey, Bulent Ecevit, though contingency plans at short notice must have been put in place by the military earlier given Turkey mounted an operation by land, sea and air within five days of the fall of Makarios on July 15, 1974.

Turkey had previously threatened to intervene when fighting between Greek and Turkish Cypriots flared up, and on one occasion in 1964 prime minister Ismet Inonu, Mustafa Kemal’s right-hand man in the war of independence 1919-1923, sent in the Turkish airforce to bomb Greek Cypriot positions.

Bulent Ecevit came to London for consultations on July 17, 1974 at the same time as President Makarios, though there is no evidence the two met. Unlike Ismet Inonu, Ecevit was not a military man, but an intellectual on the left of Turkish politics. On the Cyprus question he was known to favour a federation rather than the 1960 power-sharing arrangements that foundered in 1963 leaving the Turkish Cypriots enclaved and bereft of land, security and power.

In July 1974, however, the problem Ecevit faced was a clear attempt by the putschists and the Greek government to unite Cyprus with Greece (Enosis) in violation of the treaty of guarantee that forbade both union with another state and partition.

According to President Makarios his overthrow was indeed an attempt to unite Cyprus with Greece and he said so in terms in a speech to the UN Security Council in which he claimed that Cyprus was invaded by Greece. As a matter of language that was not the case as invasion means no more and no less than the deployment and use of military assets to enter the territory of another country uninvited.

The Greek army officers stationed in Cyprus were there on the invitation the government of President Makarios. What happened was they had gone rogue and sought to remove him from power and go for Enosis. It was a gamble and it failed.

Conspiracy theories abound about the involvement of the US and Britain in the overthrow of Makarios, but as I demonstrated in this column last week the coup d’etat was a result of long-standing divisions within Greek Cypriot body politic about the feasibility of Enosis going as far back as 1968.

Bulent Ecevit made his case to the British government for concerted action but left to go it alone. Prime Minister, Harold Wilson, was not going to be bounced into a war in Cyprus not least because there were thousands of British tourists on holiday on the island. Ecevit apparently asked to deploy Turkish forces in the British bases, but when Harold Wilson refused Ecevit did not press the idea further and returned to Turkey.

An invasion force sailed for Cyprus arriving there on July 20, 1974. The first the world knew of the Turkish deployment was video footage of a parachute drop north of Nicosia. Unfortunately fighting broke out across the whole island until a ceasefire was declared three days afterwards for talks to take place in Geneva in August, and a kind of imperfect constitutional order was restored when Nicos Sampson was replaced by the president of the House of Representatives, Glafcos Clerides.

What happened next was that the talks in Geneva ended without agreement, and the Turks decided to lay the ground for a bizonal federation by pushing to Famagusta to the south east and Morphou to the north west. So although the original invasion to forestall union with Greece was based on the treaties and the constitution that forbade union with Greece, the August push was done for political and military considerations rather than constitutional propriety.

In July 1974 the Turkish case for action was an attempt by Greece to acquire Cyprus. In the result it created a safe haven in northern Cyprus for Turkish Cypriots to seek refuge but the legal justification for launching an invasion was to forestall union with Greece. In July 2021 the Greek case for international action by the UN is to forestall partition and preserve Varosha from avaricious developers. Any distinction is one without a difference.

‘Tourism playing a key role in the island’s economy’