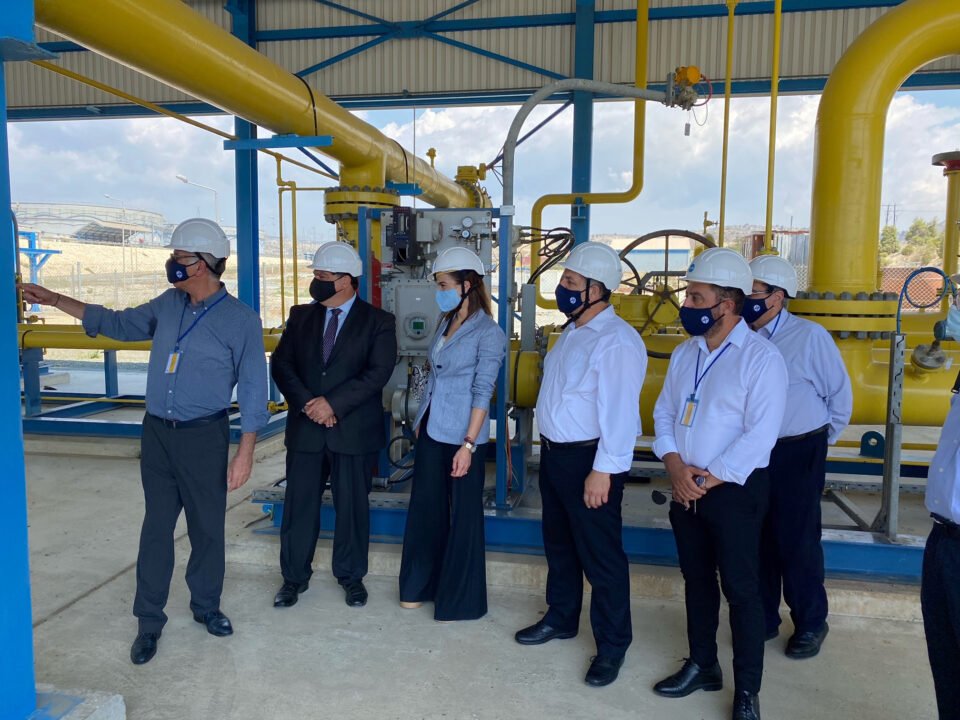 The EAC board welcomed Energy Minister Natasa Pilides to Vasiliko power station on Monday to showcase investments to protect the environment by reducing carbon emissions in compliance with EU directives and labour ministry operating permits.

Desulphurisation and denitrification systems have been fitted at the power plant’s units one, two and three and the retention system of solid particles of unit three has been completed, the electricity authority said. Final checks are currently underway before they are handed over.

The minister was also briefed about the ambitious project underway to use natural gas for electricity production. This requires additional equipment and changes to the production units at Vasiliko.

EAC president Michalis Komodromos briefed Pilides about progress on the sixth cycle gas turbine unit with a capacity of 160MW.

The minister voiced satisfaction on the work being done by the EAC aiming at curbing carbon emissions. A speedy transition to a low-emissions economy is a challenge for local organisations and businesses such as the EAC. She said a green economy is the only route to more productive and competitive businesses which promise a more viable future for the population.

The ministry has drawn up a multi-dimensional strategy to achieve this target and is working on additional policies and measures towards climate neutrality, in line with the tougher regulations being promoted by the EU.