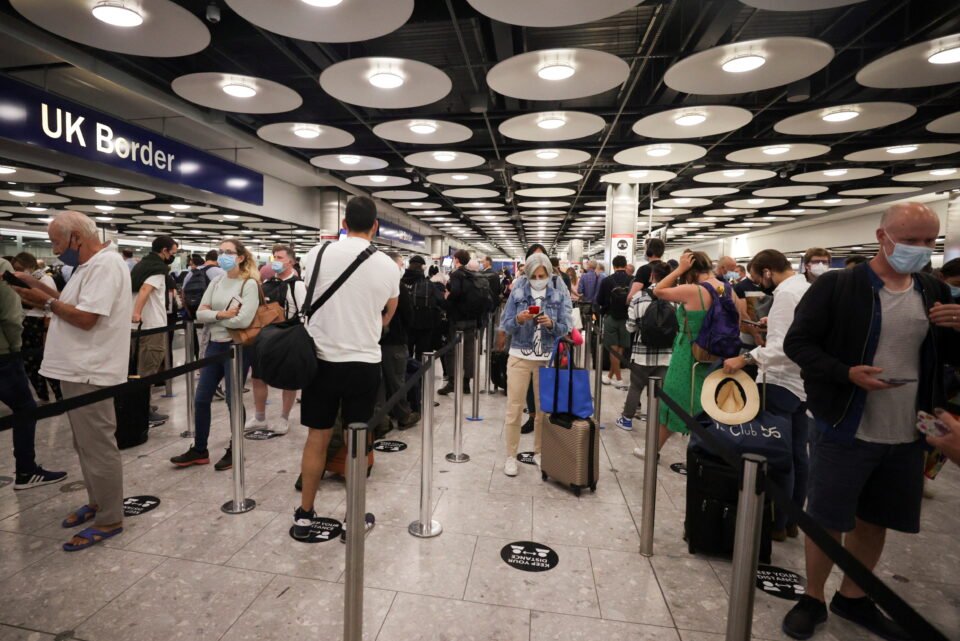 Prime Minister Boris Johnson wants U.S. citizens to come to England “freely” and is discussing a travel corridor with the United States, LBC radio said on Wednesday, before an expected easing of COVID-19 restrictions for visitors from abroad.

Airline and travel bosses have criticised Britain for sticking to strict COVID-19 travel rules which they say mean the country is falling behind the European Union in attracting tourists, but that looks set to change.

A decision to allow fully vaccinated EU and U.S. travellers into England without having to isolate is expected shortly and the new rules could come into force as early as next week, a government source said on condition of anonymity.

Decisions concerning health are left to the four individual nations of Britain – England, Scotland, Wales and Northern Ireland – and each has the right to set different entry restrictions during the pandemic.

Any loosening by England – the largest of the four nations -would be a huge boost for the travel industry after 16 months of restrictions, which have left most companies under severe financial strain.

Shares in British Airways and easyJet jumped over 4%, while Wizz Air was up 5%.

“YOU’LL BE HEARING FROM US”

LBC quoted Johnson as saying he wanted U.S. citizens who are fully vaccinated to come to England as they did before the COVID-19 pandemic.

“We want people to be able to come from the U.S. freely in a way that they normally do. We’re talking to them the whole time,” LBC reported Johnson as saying in an interview.

For its part, the United States continues to bar nearly all non-U.S. citizens who have been in Britain and the European Union, but the EU now allows U.S. citizens to visit, benefiting its airlines and tourism industries.

British Airways, Virgin Atlantic and Heathrow Airport on Wednesday restated their call for Britain to open up, saying they had run a successful trial which showed the government that the industry was able to verify passengers’ vaccine credentials.

Detailing the expected rule change, the government source told Reuters that while the fully-vaccinated travellers would be exempt from quarantine, they would still have to take two COVID-19 tests, one before departure and one after arriving.

EasyJet and Wizz Air have both said Britain’s ongoing travel restrictions, which include multiple COVID-19 tests for arrivals, mean that bookings from Europe are outpacing bookings from the UK.

Asked about the coming rule change for those visiting from the EU, Wizz chief executive Jozsef Varadi said on Wednesday: “I think it will give another boost to the UK.”