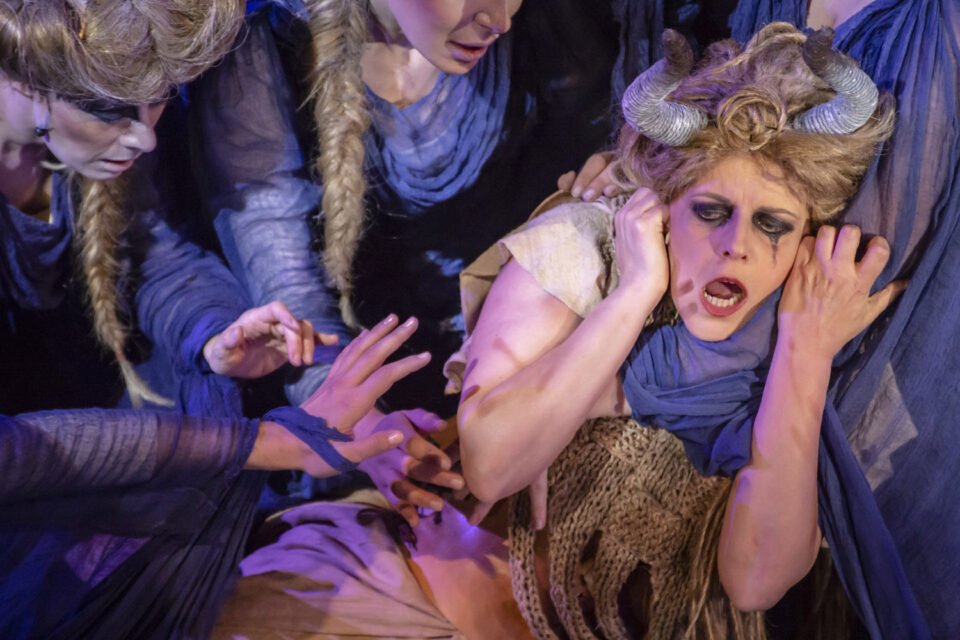 Ancient Greek drama has taken over various theatre stages around Cyprus this July as the International Festival held its 2021 edition with productions from Greece, Israel and Cyprus. Now, the final curtain will come on Friday with an Italian production of Prometheus Bound, Aeschylus’ shocking tragedy.

At Curium Ancient Theatre, the Associazione Culturale Dide Di Michele Dio and the Fahrenheit 451 Teatro of Italy will perform this ancient Greek play under the direction of award-winning director Daniele Salvo. “Prometheus,” say the producers, “he who stole the fire, an enemy of the Gods and a friend of mortals, both a victim and a perpetrator, found somewhere between the past and the future, is a timeless symbol of resistance against authority. Aeschylus deals with the refusal of Prometheus, who while chained to the rocks of Caucasus still refuses to submit to the will of ruthless Zeus.”

A deeply archetypal text, Prometheus Bound is a structured poetic-philosophical treatise on human conscience, a source of concepts and meanings that transcend the boundaries of ancient Greek mythology, permeating Western thought and culture. “The fire that Prometheus stole,” they add, “is a light that continues to burn” and it will continue to do so as the festival concludes and slows down before preparing next year’s edition.