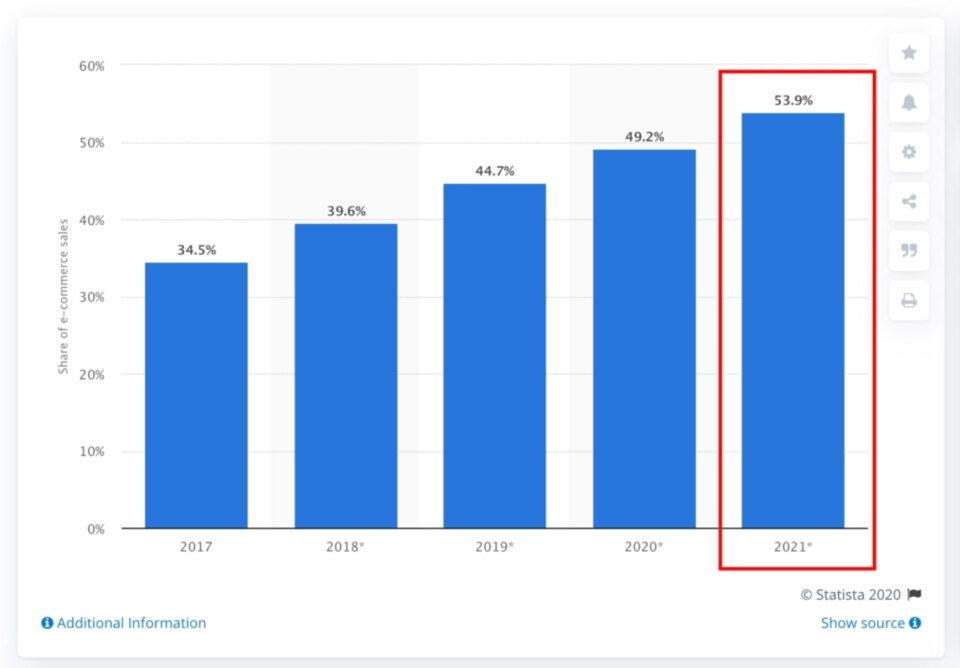 The company’s revenue rose 57 per cent to $1.12 billion for the quarter ended June 30, according to a statement released by the company on Wednesday, compared with analysts’ average estimate of $1.05 billion, according to IBES data from Refinitiv.

This is the first time ever that Shopify’s quarterly revenue has surpassed $1 billion.

Net income rose to $879.1 million, or $6.90 per share, from about $36 million, or 29 cents per share, a year earlier. The jump in net income was due to the inclusion of $778 million of unrealised gains on its equity investments, Shopify said.

Gross merchandise volume, a widely watched figure for the e-commerce industry’s performance, rose 40 per cent to $42.2 billion in the quarter. Analysts on average had expected $40.49 billion, according to IBES data from Refinitiv.

US-listed shares of Shopify rose 2 per cent in premarket trading.

Shopify’s value nearly tripled over the last year due to unprecedented growth of the e-commerce sector as customers looked towards online shopping as the only viable alternative during the pandemic.

“I think the Delta variant and re-emergence of Covid-19 ends up further ingraining the shift to digital commerce for consumers,” said Ygal Arounian, analyst at Wedbush Securities.

“It is likely that, even if we are not getting full closures, physical shopping is one area consumers pull back on, given how comfortable people have become shopping online,” he added.