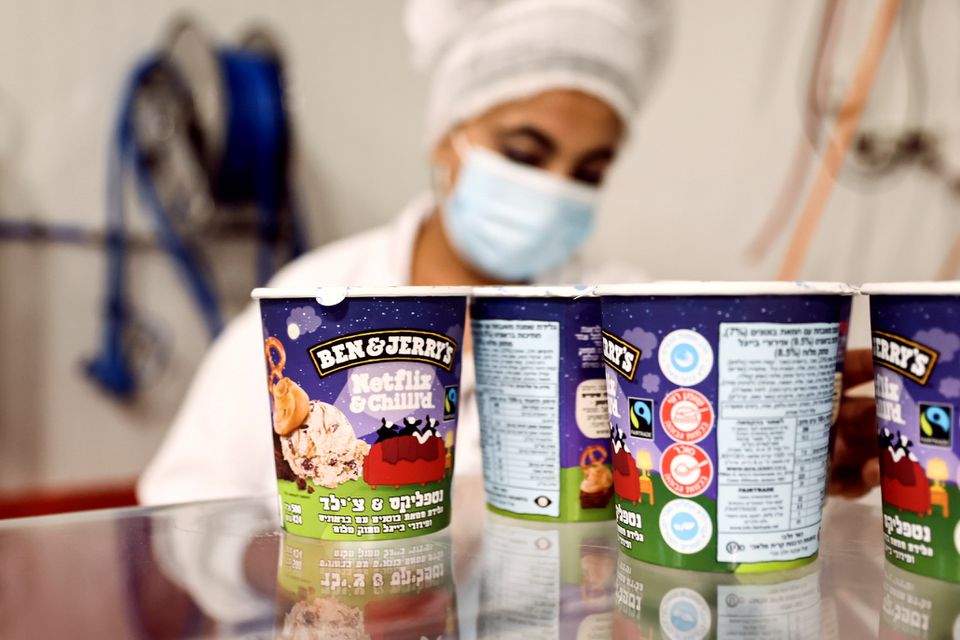 “Unilever rejects completely and repudiates unequivocally any forms of discrimination or intolerance. Anti-Semitism has no place in any society,” the company’s CEO Alan Jope wrote in a letter to several Jewish organizations, including the US-based Anti-Defamation League (ADL), on Tuesday.

“We have never expressed any support for the BDS movement and have no intention of changing that position,” Jope said.

The BDS movement seeks to isolate Israel over its treatment of the Palestinians. Thirty-five states in the US have passed bills and executive orders against the movement to discourage boycotts of Israel.

Vermont-based Ben & Jerry’s said last week it would stop doing business in the “Occupied Palestinian Territory”, that has been handled by a licensee partner since 1987.

Most countries consider Israeli settlements on Palestinian land to be illegal. Israel disputes this.

The United Nations considers the Israeli settlements, built on land captured by Israel in the 1967 Middle East War, illegal and an obstacle to peace, as they reduce and fragment the territory Palestinians seek for a viable state in the West Bank, East Jerusalem and the Gaza Strip.

The decision by Ben & Jerry spurred a backlash from Israeli leaders, including Prime Minister Naftali Bennett, who said it was “a glaring anti-Israel measure” and Foreign Minister Yair Lapid, who said it was a “shameful surrender to anti-Semitism.”

US politicians on both sides of the aisle have voiced concerns over the decision, while several small New York-based grocery chains have reduced or pulled Ben & Jerry’s products from shelves.

In the letter to the American Jewish groups, Jope echoed comments he made on a post-earnings Unilever call, saying the company was “fully committed” to Israel.

He tried to distance himself from brewing tensions between Unilever and the board of Ben & Jerry’s, which it acquired in 2000 in a deal that gave the brand more autonomy over its strategy and decision making compared to other brands.

“We have always recognized the right of the brand and its independent Board to take decisions in accordance with its social mission. On this decision, it was no different,” he wrote.

Jonathan Greenblatt, chief executive of the ADL, said it was “heartened” to read of Unilever’s stance but urged “Unilever to do whatever it can to convince the Ben and Jerry’s board to change its position.”

ADL is an international Jewish advocacy group that tackles anti-Semitism and other forms of hate, according to its website.

It wasn’t immediately clear how many organizations Jope sent his letter to. The Conference of Presidents, a central body representing 50 US Jewish Organizations which reportedly received the letter, was not immediately available to comment.