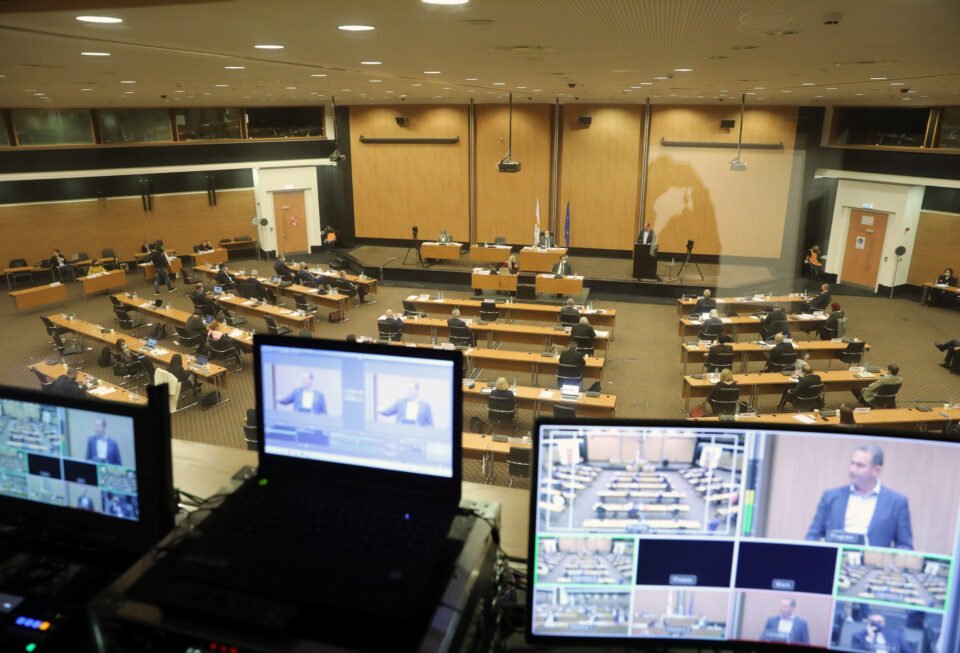 This past week saw another episode in the long-running saga

The ongoing tussle between the government camp and the opposition over freezing bank foreclosures has turned into a kabuki theatre of sorts, both sets of actors content with playing to their respective audiences while the underlying issue remains unresolved. And with the 2023 presidential elections not that far away, one should expect more of the same, analysts say.

“As regards foreclosures, frankly I see nothing changing anytime soon as far as parliament goes. Sooner or later, we’ll enter into the charged political orbit of the 2023 presidential elections,” said Antonis Ellinas, associate professor at the department of social and political sciences, University of Cyprus.

In his opinion, the legislature “is playing a dangerous game” with banks’ balance sheets, at a time when banks are trying to sell assets. As we saw in the not so distant past, taxpayers end up paying the price for banks’ troubles.

Continuous freezes on foreclosures put stress on banks – as debtors are let off the hook with debt payments – and there may come at a time when regulators, both here and especially in Frankfurt, draw a line in the sand.

“Seeing that bank assets/collateral are depreciating because it takes more time to deal with bad debts, bank regulators could instruct Cypriot lenders to increase their provisions for bad debts, and hence, raise more capital. If they cannot raise more capital, guess who will pay the price?”

A similar scenario had played out with the now-defunct cooperative bank, says Ellinas. A culture of pandering to delinquent debtors snowballed into an untenable situation, and in October 2018 the EU’s Single Supervisory Mechanism (SSM) forced the bank to wind down its operations.

This past week saw another episode in the long-running foreclosures saga. In a special plenary session the House voted to reject President Nicos Anastasiades’ refusal to sign off on a bill that would renew for three more months a freeze on property repossessions.

Anastasiades had declined to sign the bill passed on July 8 citing a number of reasons, including that it violated articles of the constitution and appeared to interfere with the right of borrowers to freely enter into a contract.

As per procedure, he had then sent – or referred – the bill back to parliament.

Parliament had the option of accepting the president’s referral or declining it, that is, insisting that the bill be enacted into law.

With the matter now deadlocked legislatively, the president is expected to refer the bill to the supreme court. Until the supreme court rules, the law at it stands applies, with the ban on foreclosures elapsing yesterday.

However, the opposition did seem to have a point in accusing the government camp of hypocrisy. For instance Diko MP Christiana Erotokritou observed that during the last extension to the freeze the government had not opposed it over constitutional reasons, as it was doing now.

She said the government had at the time looked the other way, because the parliamentary elections were coming up in May, and the ruling party wanted to avoid incurring the political cost of opposing an extension to the moratorium.

Other opposition MPs piled on, saying that the president invokes the constitution only whenever it’s politically expedient.

Making a cameo during this latest spat was a letter from the European Central Bank (ECB). On the day of the House plenary, a local media outlet published the letter which the ECB sent to the government on July 20.

Depending on whom you ask, the ECB appeared either not to be in favour of extending the freeze on foreclosures, or that the ECB did not mind either way.

Effectively, both sides have kicked the can down the road. Perhaps the theatrics will resume in autumn.

“Not only with foreclosures, but also with other matters, we see a trend from both the government and the opposition to defer disputes to the supreme court. And by the time it gets to the courts, political accountability about who did what is gone, as memories fade,” remarks Ellinas.

Deferring issues to the supreme court has gained traction in recent years, in part because the government has been a minority in parliament for seven out of its eight years in power, he added.

The bill – whose fate now lies with the supreme court – which MPs passed on 8 July provided for prohibiting repossessions on primary residences valued at up to €350,000, business premises with annual turnover of up to €750,000, and agricultural land plots valued at up to €100,000. Previously, the protection afforded was even broader in terms of the amounts.

Marios Mavrides, an MP with the ruling Disy party, accuses the opposition of acting irresponsibly, not realising the potential damage this can cause to the banking sector.

“Had it gone through, it would have been the third extension on the [foreclosures] moratorium, which dates back to November last year. This risks becoming a permanent state of affairs, rather than a temporary measure.”

The opposition’s core argument is that the stay on foreclosures aims to give people relief amid the coronavirus situation. In turn it accuses the government of not caring for ‘the little guy’ and siding with the banks and ‘vulture funds’.

Speaking in his personal capacity, Mavrides describes calls this reasoning disingenuous, and one that falls apart under the slightest scrutiny.

“We have no problem helping out those who demonstrably suffered financially due to the covid situation specifically. But most of the loans impacted by these foreclosure freezes date back to 2019 and before.”

According to the lawmaker, and despite the alarm bells being sounded by the opposition, to date hardly anyone in Cyprus has seen their home repossessed and thrown out on the street.

“There may have been maybe a couple of cases where a primary residence was foreclosed on by a bank. And if I recall correctly, those were unoccupied houses where the borrowers were being absolutely uncooperative.”

Moreover, the net cast by the proposed ban on foreclosures is too wide.

“Look at the provision seeking to shield businesses with a turnover of €750,000. First of all, that’s a totally arbitrary number. Why not, say, a €1 million turnover? Also, a business may have a high turnover, but operate at a very low profit margin. Were their profit margins considerably affected by the covid situation? That’s the kind of detail we ought to be looking at.”

That said, Mavrides cannot entirely fend off the criticism that his party did go along with the first two proposals to freeze repossessions. If it’s a matter of political conviction and sound economic policy, where’s the consistency?

“We didn’t want to oppose the freeze in the midst of the pandemic,” he offers. “Now that the pandemic seems to be subsiding, things are different.”

Can Cyprus deregulate its energy sector?