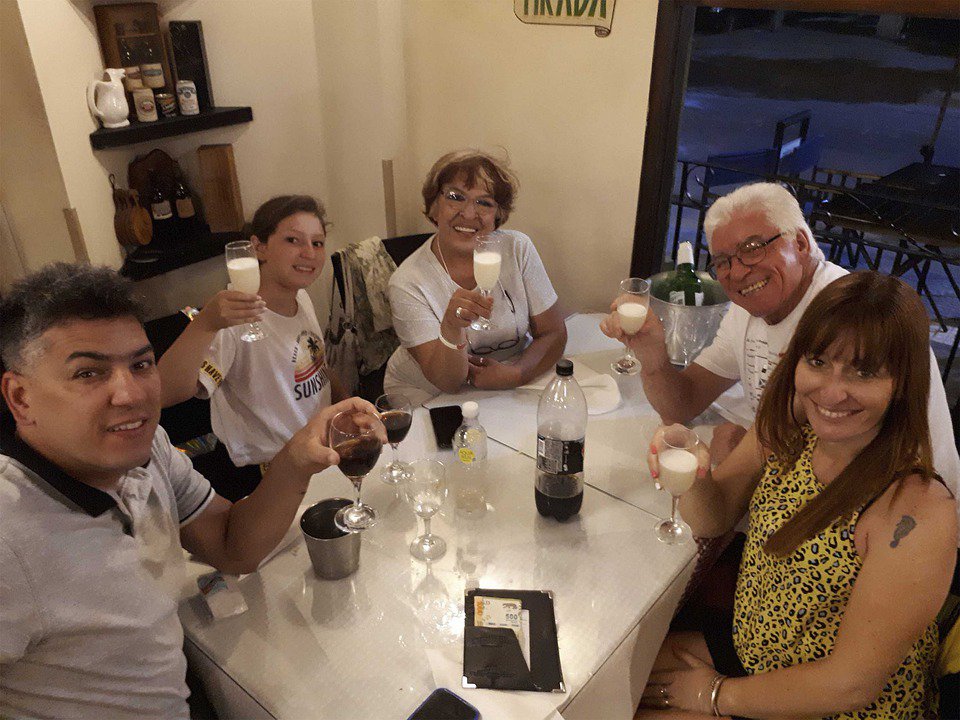 For them, and for thousands of British expats and Cypriots with family and friends in England, the news that from Monday they can visit them without spending 10 days in self-isolation first has come not a moment too soon.

The easing of entry restrictions announced on Wednesday applies to fully vaccinated travellers for the United States and EU.

“This step will allow us to reunite loved ones,” said British Prime Minister Boris Johnson after the announcement.

Morton, Williams and Efthymiou all know the full extent of what that means.

Paphos businessman Morton said he booked flights for a number of family members to travel to England as soon as the announcement was made.

He and his wife are longing to meet their fifth grandchild which is due any day now.

“It has not been practical for us to visit England as10 days quarantine when you arrive and the previously required ten days here was too much. Everything suddenly become so much easier after the announcement and it’s what we were hoping for,” he told the Sunday Mail.

This visit, at least, will be a happy time for the family, who were unable to attend Morton’s sister’s funeral after she died of Covid-19 last year.

“It was a very difficult time for us all. Very shocking. We couldn’t go to her funeral due to the restrictions, so we had to watch it on a live link,” he said.

For long-term British expat, Claire Williams, the decision is months overdue and has come as an enormous relief. The 59-year-old Limassol resident hasn’t seen her 83-year-old father, her brother and her sister back in the UK for two years and is desperate to do so.

“I couldn’t risk going last summer as no-one was vaccinated and my father so vulnerable and in any case travelling was so complicated. Christmas was out of the question for the same reasons and then the Alpha variant and the travel ban. It’s just been terrible.”

Her father has been fully vaccinated for months and Williams since June and she had hoped to get to the UK immediately. But then there was the Delta variant and the UK’s continued restrictions on visitors from amber-listed countries, and Cyprus’ surge in cases.

“The uncertainty has been so stressful. I just keep thinking what if something happens to Dad and I can’t get to be with him.”

To have gone under the restriction of self-isolating for 10 days was impossible because she could not get enough time off work to make a holiday viable.

“I can only be away from work for two weeks and much of my job cannot be done remotely from the UK. Time is crucial as my family is scattered all over the UK.”

Efthymiou also plans to travel to London in the next couple of weeks to see her elderly parents and sister. She hasn’t seen them for four years and commitments in Cyprus meant that she had to wait for the ten day self-isolation to be lifted. She promised her family she would be on one of the first flights out of Cyprus as soon as the restriction was lifted.

“I was unwell and then my father was in hospital and he now has dementia and keeps asking why I’m not there. I had planned to go last March, but then the pandemic struck,” she said.

Like many, Efthymiou was caught out by the pandemic and said she sympathises with the many people that have been separated from loved ones, made worse by the various restrictions that have played out.

“It was so unbelievable, and you always think you will have time to see people, but you don’t. Much of the Cypriot community around where my parents live was affected by Covid. Many have been sick and some have died. It is heartbreaking and all the time I have been so worried for my family. I can’t wait to see them and for us all to be together.”

Although the scrapping of self-isolation has been widely welcomed, pricey restrictions do still apply. A PCR test must be taken before departure and another, two days after visitors arrive in England. But even that is an improvement on the previous regime which involved two PCR tests in England, where they are particularly expensive, on day two and day eight of arrival.

One British family travailing to England in the middle of August (that wished to remain unnamed), bemoaned the costs they will incur paying for the necessary Covid tests to facilitate their trip.

“There are six of us flying and we will have to test before we go and that is going to be extremely expensive. But we’ve decided to go now, as things can change all the time and we just want to see everyone.”

Vaccinated/recovered passengers travelling or returning to Cyprus still have to complete, (within 48 hours before their departure flight to Cyprus), the necessary application form and obtain a CyprusFlightPass.