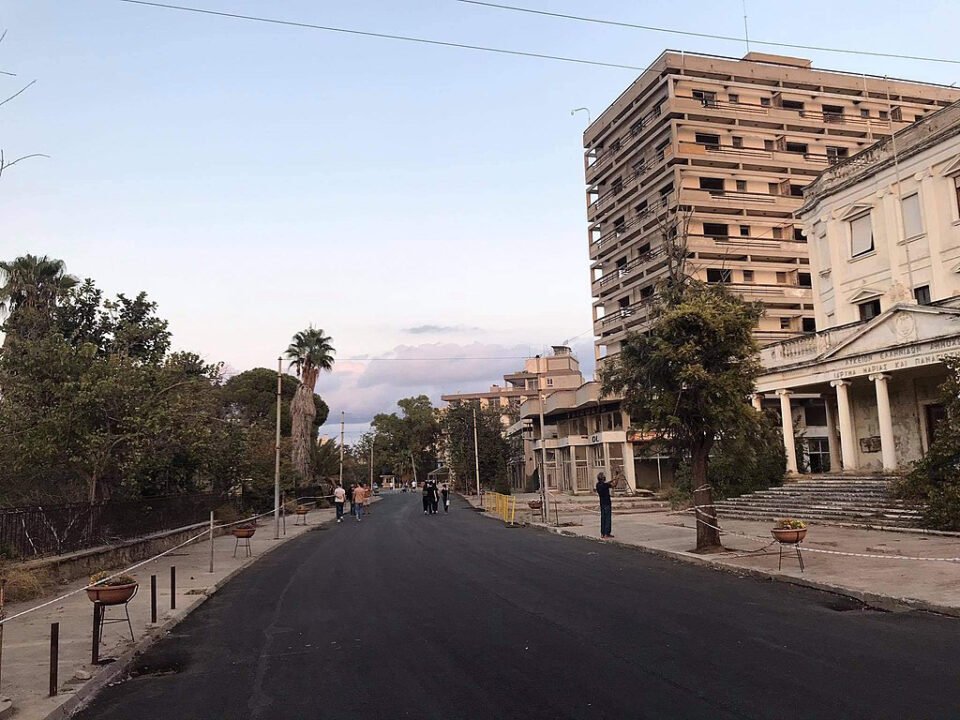 Following the announcement made by President Erdogan and the Turkish Cypriot leader Ersin Tatar on July 20, about the opening-up (on a “pilot” basis) of a small segment of the fenced-off city of Famagusta, in the districts of Ayia Katerina and Ayia Zoni, i.e. from the A’ Elementary School and the girls gymnasium to the Ayia Zoni elementary school, for the resettlement of the Greek Cypriot residents of this area, on condition they apply to the Immovable Property Commission (IPC), established by the north’s local administration and thus subservient to Turkey, the issue of whether “to appeal or not to appeal” has resurfaced.

This was the subject matter of two consecutive articles of mine that were published in the Cyprus Mail (in English) and in Alithia (in Greek), on November 29, 2020 and December 6, 2020. These articles were seeking to explain certain technical aspects of this difficult dilemma and they are still accessible at the web sites of the two papers (www. cyprus-mail.com and www.alithia.com.cy).

In this article, I am attempting to summarise without too many technical details the basic drivers of the problem and render them easily comprehensible to the general public. Various messages have been transmitted such as those that stress that “an appeal entails risks” and suggesting that “the Refugees Fund should be strengthened financially in order to be in a position to support the refugees, thus averting the prospect of appealing to the ‘compensation committee’ and getting peanuts in return”. These and other similar messages are not explained or documented in a manner that would facilitate the evaluation of their validity.

I believe that the thinking, which follows, has cohesion and logic and I challenge whoever has a different opinion to state his/her position in public and to document the basis on which it is founded.

In my opinion, the conclusions which can be drawn on the basis of the above mentioned facts are the following:

Do uncertainties exist in respect of the future developments of a possible application to the IPC? They certainly do. However, the critical question, which those rejecting the possibility of filing an application must answer, is whether an applicant can find themselves in a worse position by filing an application compared to not filing. I suspect that the basic argument which will be advanced in support of not filing is the risk of the indirect recognition of the local administration which is subservient to the occupying force as an independent Cyprus state authority. I believe that such a possibility is groundless, given that the international Court of Human Rights has determined – with absolute clarity – that the appropriate “legal venue” for judging on this issue is the IPC, established by the occupying force and forming an instrument of a subservient local administration.

For many Greek Cypriots, the issue of seeking the restitution of their properties located in the occupied territories is not (only) an economic issue.

Over a period of 47 years, the successive governments of Cyprus have failed to overturn the occupation of a substantial part of Cyprus that came about in 1974, as a result of a military intervention by Turkey. In my opinion, not only should the displaced persons who have lost their properties not be discouraged from claiming the restitution of these properties but they should also be encouraged and supported for doing so.

Given the decision of the ECHR to close the road for seeking redress, beyond that which goes through the IPC, the failure to appeal could be viewed as equivalent to a voluntary relinquishment of such rights and as being a form of an acceptance of the faits accomplis (particularly in those cases where the displaced persons have received some help – however negligible – in confronting the problems that had arisen as a result of being forcibly deprived of their property).

The Greek Cypriot properties (and in particular, the immovable properties) constitute the roots that connect these people with the land they have inherited over thousands of years. I believe that the displaced persons cannot remain idle and simply hand over their properties to the occupation force, without even trying to recover their rights, particularly in view of the obvious inability of our leaders to attain the reunification of Cyprus.