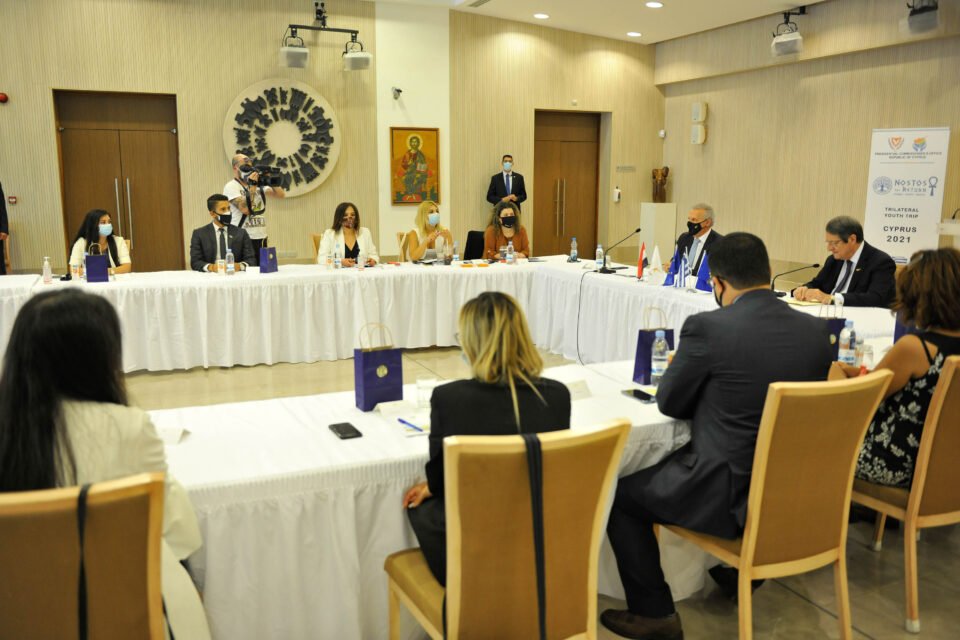 Turkey is not cooperating, nor implementing UN resolutions, President Nicos Anastasiades said on Tuesday adding that Ankara was trying to create new faits accomplis in Cyprus.

Addressing a group of young people from Cyprus, Greece and Egypt who are visiting Cyprus as part of the Nostos programme, Anastasiades said that during their stay, the young people “will see the situation on the island where for 47 years a third of the territory has been occupied by Turkey which is not cooperating nor implementing the UN resolutions”.

On the contrary, he added, “it is trying in every way possible to create new faits accomplis”.

Anastasiades said: “You will also witness the dividing line in the buffer zone and see the barbed wire, but you will also get to know our civilisation, the deep roots and traditions that connect our countries”.

Welcoming the young people to Cyprus in the presence of Presidential Commissioner Photis Photiou, Anastasiades said one of the visions is to see how to fully exploit the possibilities arising from the tripartite cooperation with other countries in the region such as stability, and cooperation on a number of issues including energy, technology, education, commerce and tourism.

“One of the visions we had was to achieve the best possible advantages for the people of diaspora and always, with the help of the presidential commissioner, to see how to utilise young people who are the future, through their countries of residence so they can contribute to the common goal,” the president said.

Anastasiades said the three countries possessed a culture which dates back thousands of year and this is what connects them, “as well as the bonds of friendship”.

Photiou said the Nostos programme took off in Egypt’s Alexandria with the participation of the presidents of all three countries. These young people, he added, have already visited the other two countries which make up Nostos.

Most are Egyptians with Cypriot and Greek roots as well as children of the diaspora which wish to get to know the culture and history of these three countries.