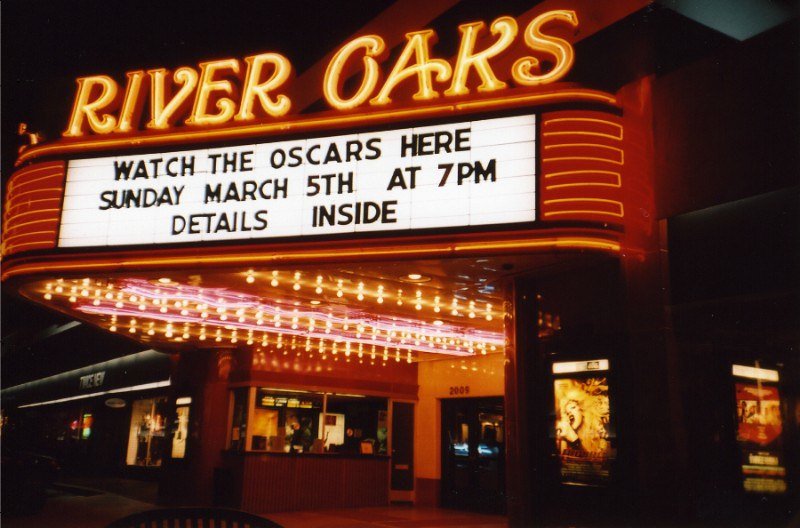 After nearly 82 years in the business the River Oaks Theatre turned off its projectors (Image: Richard Barry)

Filmmakers are exploring different distribution options in the wake of theatre closures.

A historic Houston theater that director Richard Linklater referred to as his “film school” has closed for good. After nearly 82 years in the business the River Oaks Theatre turned off its projectors. For decades the theatre has been a place to enjoy hard to find independent and foreign films. The River Oaks Theatre became another pandemic casualty along with Archlight and Pacific Theatres.

Independent film producer, Tian Boothe, sheds some light on the impact theatre closures have had on filmmakers: “Honestly, while it was the original and most authentic way of sharing films, I believe it promotes new ways of distributing indie films. When there are less options, people tend to choose from what is available. And now that the majority of the nation always has a portable device in hand it gives us indie producers an easier opportunity to be at their reach without them even having to leave their homes. What makes it even more exciting is that we are able to reach a wider audience with the ever-increasing apps which promote videos and films.”  The Jamaican born filmmaker is best known for her films Shattered Dream, Fall Break and E.R Compliance.

Some of the sources independent filmmakers are turning to include FilmHub, Indie Rights, BitMax and Quiver Digital.

Seemingly a cross between an aggregator, distributor, tech platform and a marketplace where video on demand (VOD) platforms shop for content. The main draw of this platform is that submitting a film does not require payment upfront, while allowing filmmakers to reach a substantial number of niche VOD platforms. The platform is not limited to major distributors like Amazon and iTunes. Filmmakers should note that FilmHubs takes around 20% on the backend in perpetuity. It is a similar rate to what many distributors charge, but unlike distributors the filmmaker maintains full control of film rights at all times.

The platform is not an aggregator, instead it is a digital distributor. Indie Rights is an open platform that allows filmmakers to submit their work. If the film is a good fit, filmmakers need to sign over the rights to their film. The initial contract term is three years. Unlike high-end indie distributors who can be hyper-selective in their acquisitions (like A24 and Neon), Indie Rights’ is all about acquiring more films and having a large, diversified library. The platform offers a 80/20 split in the filmmaker’s favour.

While their pricing is not publicly available, this traditional film aggregator follows the business model of upfront payment, allowing filmmakers to keep everything on the backend. Film aggregations is only one small piece of their larger business model. BitMax is a full-service post house, they license their content management software and provide a diverse range of media/distribution services.

Another traditional aggregator, the platform charges up front and allows filmmakers to keep 100% of their revenue. It has been noted that filmmakers experienced long wait times to get their films on platforms when using this platform. It is quite possible that after the Distribber scandal many filmmakers turned to Quiver Digital. The platform offers worldwide distribution of film and television content across major digital download and streaming retailers.

When Universal, Disney and Warner Bros revealed changes to their film release plans the focus had been on proverbial tentpoles. What largely hasn’t been addressed yet by these studios are the independent films, who are typically smaller titles with tiny budgets. These films have over the years been discovered at film festivals like Sundance, Berlin, Cannes and Toronto. Some were financed by the now Disney-owned Fox Searchlight or now-defunct specialty labels.

It seems reasonable to think that the major studios’ push to prioritize streaming could take away significant attendance from movie theaters, placing the word-of-mouth model some indie films are dependent on at risk.