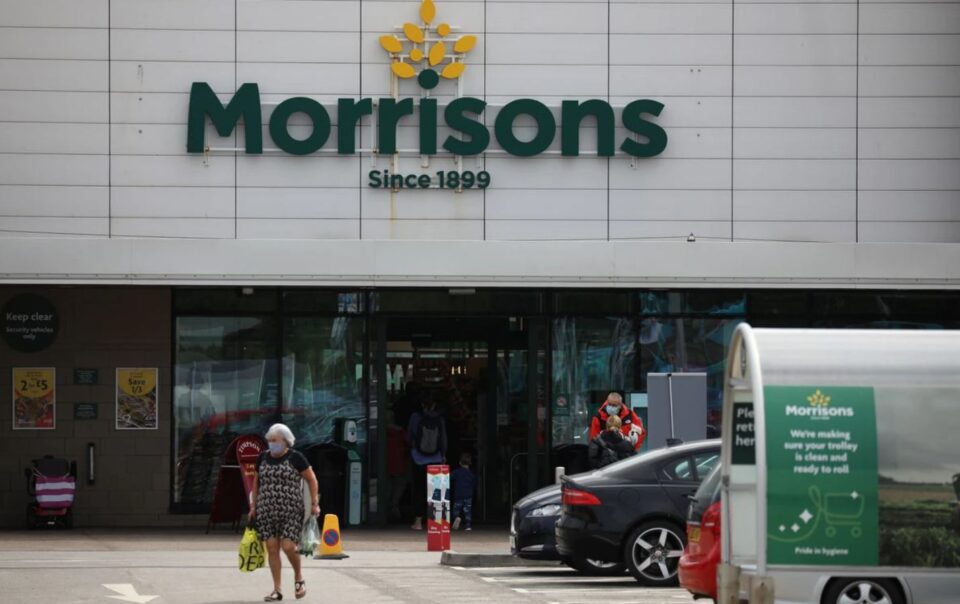 British supermarket group Morrisons has agreed to an improved takeover offer worth 6.7 billion pounds ($9.3 billion) in cash from a consortium led by Softbank-owned (9984.T) Fortress Investment Group, it said on Friday.

The new Fortress offer comprises 270 pence per Morrisons share plus a 2p a share special dividend and is aimed at warding off a possible counteroffer by U.S. private equity group Clayton, Dubilier & Rice (CD&R).

“(Fortress) remains committed to becoming the new owner of Morrisons and to being a responsible long-term steward of this great British company through the next stage of its evolution,” it said.

Morrisons said its board had re-confirmed its unanimous recommendation of the offer.

The board had previously agreed a Fortress offer worth 254p a share or a total of 6.3 billion pounds on July 3.

However, major Morrisons investors Silchester, M&G and JO Hambro all indicated that offer was too low.

CD&R had a 230p a share proposal worth 5.52 billion pounds rejected by Morrisons on June 17.

Britain’s Takeover Panel, which regulates corporate takeovers, has set an Aug. 9 deadline for CD&R to come back.

Shareholders in Morrisons are due to vote on the Fortress bid on Aug. 16.

To pass, the offer needs the support of shareholders representing at least 75% in value of voting investors at the meeting.

Analysts have speculated that Amazon (AMZN.O), which has a partnership deal with Morrisons, could still enter the fray.