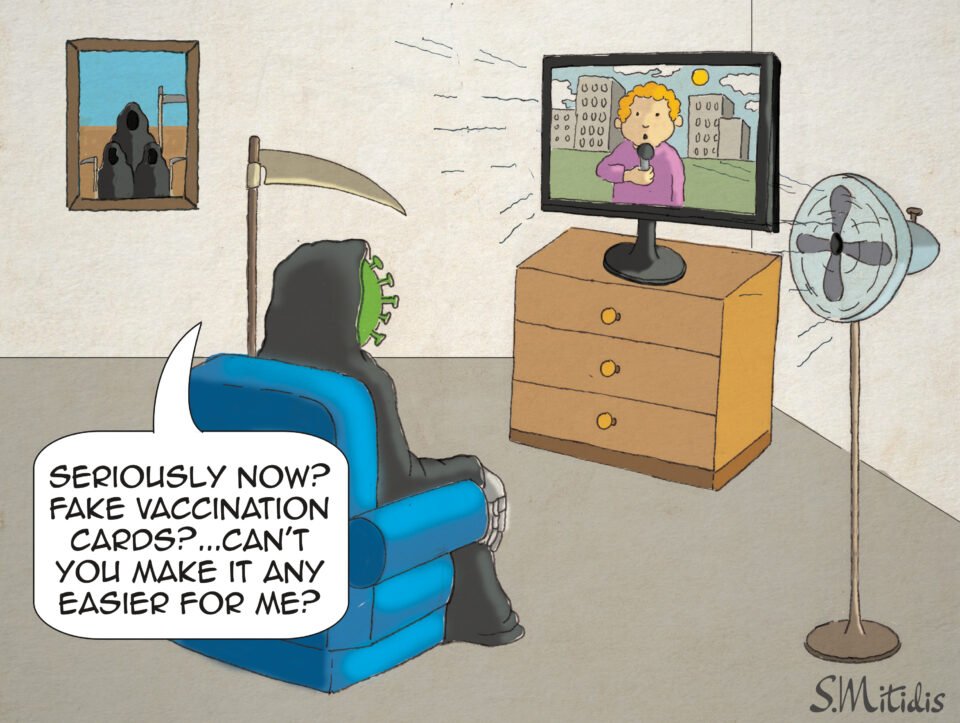 The KKK, established in 1926, did not last long as it was outlawed by the British colonial rulers in 1931 and the comrades went underground for 10 years. In 1941 they set up Akel (another acronym), which had no reference to ‘communism’ in its name, hence the 80th anniversary celebration earlier this year.

In these 80 years, in keeping with Marxist-Leninist tradition for tyrannical leadership, it had five general secretaries, the longest serving being the grim, Stalinist Ezekias Papaioannou who died at the helm in 1988, after 39 years in charge. He had chosen his successor, no doubt after being given the go-ahead of the Kremlin, and it was his young protégé Comrade Tof whose devotion to the communist faith was unquestionable. He was in charge for 21 years, making it two general secretaries in 60 years.

Comrade Stef Stef became the sixth leader of Akel last month, and his decision to mark 95 years since the establishment of the KKK seems designed to underline his leadership’s total devotion to the communist faith and Marxist-Leninist dogma. We should expect nothing less from a man who made his mark, loyally defending the bankruptcy economics of Comrade Tof.

CLARIFICATION: The classic Ramones’ song, ‘The KKK took my baby away’, was not related to Akel’s progenitor but referred to the Ku Klux Klan. The baby was not actually a baby but Joey Ramone’s girlfriend and the KKK was a reference to a right-wing love rival, with alleged Klan sympathies, that she dumped Joey for. I hope I have impressed customers with my in-depth knowledge of the puerile lyrics of The Ramones. Next week I will analyse the words to ‘Now I wanna sniff some glue.’

FOLLOWING on from this music interlude, I would like to pay tribute to 80 years of Akel which made a positive contribution to our society in the early years of its existence. In those days, the outlawed KKK and then Akel campaigned for the dispossessed, helping the landless peasants secure a living and led workers who had 14-hour working days fight for better conditions and pay.

This is indisputable, but that is also where the party’s positive contribution ends. In the modern era it has turned into the defender of the privileges of the labour aristocracy – the grossly overpaid, underworked, entitled public parasites, championing all their demands, however unreasonable – completely ignoring how this leeching of state funds means crap public services and little support for the poorest of our society.

It has also promoted the idea of a big, interventionist state that pokes its nose into all aspects of life (like in the Soviet Union), dogmatically opposes privatisation, supports protectionism, opposes the free market, shuns the rewarding of excellence because this would diminish workers’ dependence on unions and prevent unproductive/lazy workers from getting promotion and makes out that staff redundancies are a crime against humanity.

Its biggest success is that 90 per cent of Cypriots embrace these warped values. They may belong to Disy, Diko, Solidarity or Elam, but nine out of 10 Cypriots are Akelites in mindset without realising it.

THIS TOXIC influence over gullible Cypriots was also reflected in the way the majority shares Akel’s ideological hatred of the imperialist West, another glowing achievement of the party’s 95-year history.

It had the majority of journalists and politicians constantly repeating the idea of the evil West and the virtuous Soviet Union and Cypriots bought this cheap propaganda, actually believing that the totalitarian regimes of Eastern Europe and the Soviet Union treated their citizens better than the democratically elected governments of the West.

Relentless attacks on the EU, Nato and the US were almost universal, every idiot buying the Akelite myth that the Soviets were on the side of the Greek Cypriots (and now it is Russia), most Cypriots being blind to the fact that the perpetuation of the Cyprob suited the Kremlin as it maintained division in Nato.

Even today, all the parties with the notable exception of Disy repeat the joke about Russia’s principled stance on Cyprob. Russia might no longer be communist, but it is against the West, which earns it the wholehearted support of real Akelites and the hundreds of thousands who think like Akelites.

The effectiveness of its propaganda is the biggest success of Akel’s 80-year existence. It has turned 90 per cent of Cypriot into Akelites and they do not realise it. Akel might be rubbish at running the country, but when it comes to propaganda it is world master and it has achieved the results to prove it. I will end my tribute because I have run out of vitriol.

TOURISTS may receive preferential treatment when arriving in Kyproulla as far as the SafePass is concerned, but they are not immune to having their holiday ruined by the Covid police.

A hotel manager informed our establishment that he had cases of a tourist arriving and two days later he was contacted by the track and trace service and told to isolate for five days because on the plane he/she was sitting next to a passenger that tested positive.

These are the lucky ones. Those that test positive at the airport are picked up by ambulance from the hotel and taken to a quarantine hotel where they spend most of their holiday locked in a room. There are other issues as well. Some hotel guests insist on going to the bar without a mask which is against the health protocols. Hotel staff understandably, are reluctant to say anything but they do and run the risk of pissing off the guest. In the age of Covid the customer is not always right. 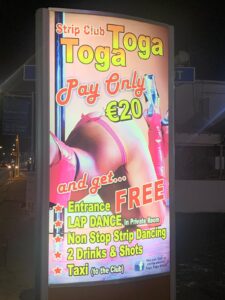 WHAT type of health protocols are observed in strip clubs? Ayia Napa’s famous Toga Toga strip club is offering lap dancing which must be a violation of the keeping a safe distance rule. How can lap dancing be allowed by the Covid police when they close clubs in which people dance? And does the lap dancer wear a face mask? Perhaps the punter pays extra for her to remove her face mask.

A NEW RISK from Covid vaccinations has been identified by Edek, which issued two announcements in the last week to warn the government. Apparently, Sizo’s socialists support the government undertaking a vaccination programme for Turkish Cypriots, who require vaccination certificates recognised by the EU to travel, but they have noted a risk.

“It is important, whatever decision the government takes with regard to this matter, this must not lead to indirect or direct recognition or the upgrading of the occupation regime, something Turkey and the occupation regime are systematically trying to achieve,” said the party on two successive days last week.

It was only a matter of time before we found a way to link the vaccines to the Cyprob. The threat of recognition through vaccination should not laughed at.

STAYING on the issue of recognition/upgrading of the pseudo-state, the fascists of Elam came up with a very constructive suggestion, perfectly in line with their xenophobic prejudices. It said: “We call on the government to warn that it would proceed with the deportation of Pakistanis from Cyprus in the event that their country recognises the occupation regime.”

It is not so much the racism that surprises, but the low intelligence of the fascists. As if the Pakistani government gives a damn about a few thousand of its nationals doing menial jobs in Kyproulla. It is the Cypriots that would be up in arms if such a decision was taken because the food delivery services that have become a part of their daily life would cease to exist.

I TAKE this opportunity to wish all Akelites of Kyproulla, aware and unaware, many happy returns on today’s 95the birthday of the KKK and look forward to another 95 years of anti-capitalism, anti-West propaganda.