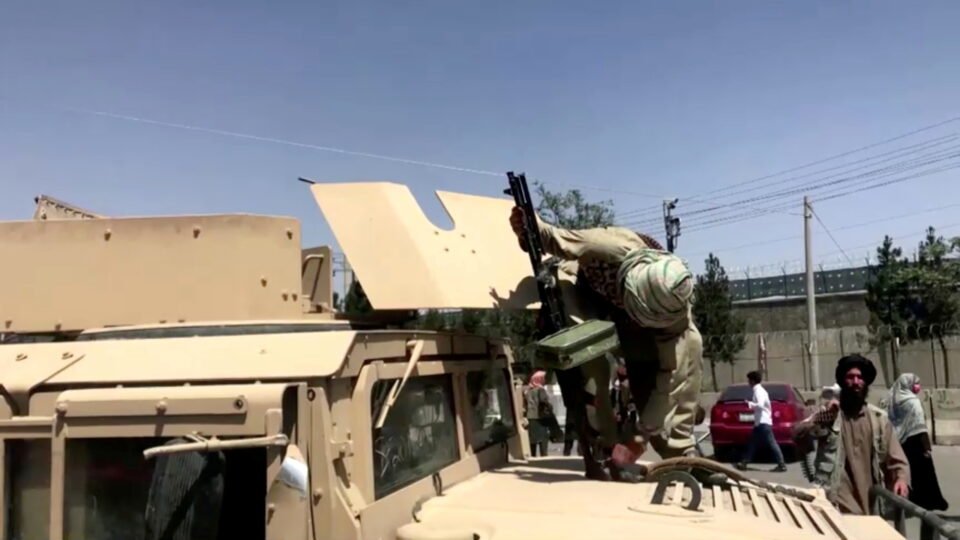 A Taliban fighter on top of an armoured vehicle loads a gun outside the airport in Kabul,

Once the United States announced its decision to withdraw its troops from Afghanistan, it was only a matter of time before the country would fall to the Taliban. But it took much less time than expected with the Taliban declaring victory on Sunday after the Afghanistan President Ashraf Ghani fled and the government, which was propped up by the US-led coalition for 20 years, collapsed.

US President Joe Biden, came under criticism for the decision first announced by his predecessor Donald Trump, but pointed out that “there was never a good time to withdraw US forces.” It was difficult to disagree with him considering the collapse of Afghanistan’s government would have happened as soon as the US military support was withdrawn. “American troops cannot and should not be fighting in a war and dying in a war that Afghan forces are not willing to fight for themselves,” he said.

The US’ 20-year involvement in Afghanistan cost 4,200 American lives and cost an estimated trillion dollars. US citizens had every right to ask, ‘for what?’ As vice president, Biden strongly opposed Barrack Obama’s decision to increase the US military presence and events had proved him right. Nothing was achieved, the much vaunted ‘nation-building’ exposed as little more than a Western fantasy, that delayed the inevitable takeover of the country by the Taliban for a few more years.

There was never any compelling argument for invading Afghanistan. It could not be classed a ‘terrorist state’ in the way Libya and Iran were, and it was never at war with the US or Nato, which also became involved in the war, and it had no strategic importance. That the Taliban had offered refuge to Osama bin Laden was no rational justification to stay there for almost 20 years, especially the 10 years after bin Laden was killed.

Now the liberal media are furious because the US has abandoned the Afghans to the mercy of the Taliban, and there are major concerns that hundreds of thousands will flee the country, for fear of what might happen to them under the new regime. The scenes at Kabul airport in the last few days demonstrated how desperate people were to get out of the country before the Taliban entered the city. Foreigners will eventually be flown out, but for the vast majority of Afghans the future is bleak, regardless of whether they stay or flee. But sadly, this day was going to come, sooner or later. It was only ever a question of time.

As one newspaper columnist wrote, the fall of Kabul “marks the end of a post-imperial Western fantasy”.