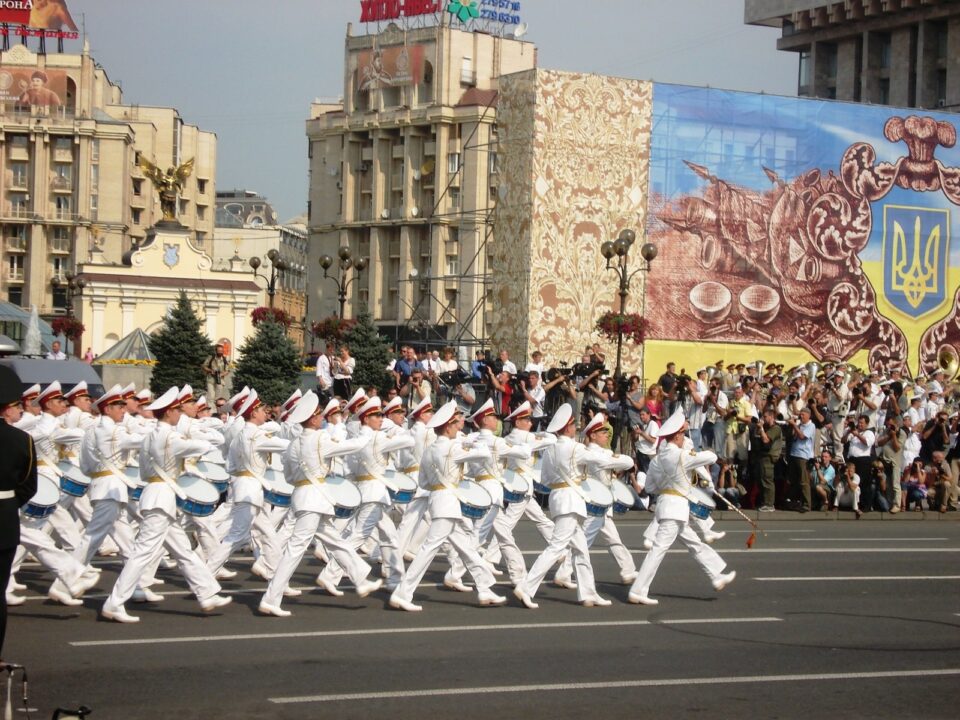 The proclamation of Independence crowned years of struggle by Ukrainians for their right to have a free and independent state, to promote their national culture, to display their traditions to the world and to be an equal member of the international community. Over the centuries, millions of Ukrainians have fought for independence, suffered betrayals, wars and famines.

In the 30 years of its independence, Ukraine has faced numerous challenges. Today’s Ukraine continues to experience significant political and economic transformation as part of its strong commitment to ambitious reforms aimed at its European and Euro-Atlantic integration.

More than seven years of military aggression by Russia against Ukraine have followed the illegal annexation of the Crimea and the military intervention in the Donbass region (Luhansk and Donetsk regions). Despite external aggression and the ongoing external pressure, socio-economic and security challenges, the coronavirus pandemic consequences, we can confidently say that Ukraine is taking big strides towards becoming a modern European state. Even today, pursuing the national objectives, Ukrainians are fighting to protect their sovereignty, territorial integrity and political independence in their struggle for self-determination.

At the all-Ukrainian Forum, “Ukraine 30. International Relations,” which took place on July 5, 2021 in Kyiv, President of Ukraine, Volodymyr Zelenskyy underlined that countering the aggressor, safeguarding the sovereignty, and restoring the territorial integrity of Ukraine were among the top priorities of Ukrainian diplomacy.

As part of the celebration of the 30th anniversary of Ukraine’s independence, more than 150 festive events will take place throughout the country. Hundreds of foreign guests, including heads of state, representatives of foreign governments and parliaments, will arrive in Ukraine to take part in the Independence Day celebrations. In total, more than 40 delegations from countries and international organizations are expected.

President Zelenskyy said: “This is a big and very important day. It’s not just a big parade, a big show, a big firework. It is an opportunity to understand what we have learned over the years of independence and what we must learn, to never lose it. This is what the celebration of the 30th anniversary of Ukraine’s independence is dedicated to. Ten basic activities. Ten key achievements. Ten important conclusions. And together — 30 years of independence and one dream for the next years.”

On August 23, on the Day of the State Flag of Ukraine, Kyiv will host the founding Summit of the initiative by the President of Ukraine, known as the “Crimea Platform”, which is aimed at consolidating international efforts to de-occupy the Ukrainian peninsula.

Following Russia’s attempted annexation of the Crimea the situation on the peninsula deteriorated in every aspect. Negative developments range from militarization to changing demographic structure of the population of the Crimea, from political persecution to irresponsible environmental policies, from systematic ethnic and religious discrimination to expulsion of independent media from the peninsula.

The Platform will provide a strategic vision for the process of Crimea’s liberation, consolidate efforts and resources of the international community on the Crimean process as well as create synergies with efforts on intergovernmental, interparliamentary and expert levels. At the same time, the concept of the Platform encompasses much wider aspects than just Ukraine’s territorial integrity.

This will be the first event at the level of heads of state and government. The Joint declaration of the Summit will re-confirm support for Ukraine’s independence and territorial integrity and will define the framework of the international policy on Crimea.

Starting from its inaugural Summit, the Crimea Platform will continue working simultaneously on intergovernmental, interparliamentary and expert levels. The focus will remain on five priority tracks: protection of human rights and international humanitarian law; consolidation of non-recognition policy; effectiveness of sanctions against the aggressor state and their extension; security, including freedom of navigation; mitigation of adverse economic and environmental impact of the occupation of the Crimea on the region.

Along with the Crimea Summit, the Ukrainian capital will host on the same day another important event – the Summit of the First Ladies and Gentlemen, titled “Soft Power in the New Reality”, initiated by the First Lady of Ukraine Mrs. Olena Zelenska.

As a non-political event, this Summit will focus on humanitarian and social projects that First Ladies and Gentlemen are engaged in. In our extraordinary times, when all countries, regardless of their level of development, are facing enormous challenges, overcoming those challenges and adapting to the new reality is not just a problem for one single country.

The summit suggests the formulation of a fresh perspective on how “soft power” must function effectively in the new reality and how to look for points of growth and development. The unifying goal of the Summit is to provide a common understanding of the issues and the impetus for joint action.

On its 30th anniversary Ukraine remains wide open to new opportunities, standing up with dignity to the unprecedented threats and challenges. Our prosperous European future is no longer a fragile dream but a tangible all-nation effort to succeed and contribute to the success of others.

Taliban vow to be accountable, probe reports of Afghanistan reprisals