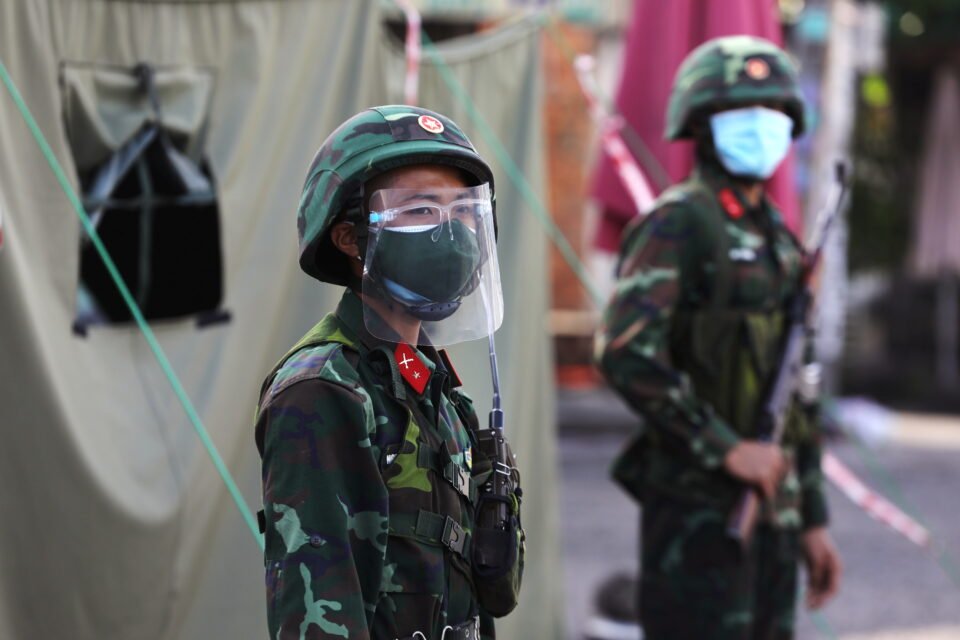 A military check point is seen during lockdown amid the coronavirus disease (COVID-19) pandemic in Ho Chi Minh, Vietnam August 23, 2021. REUTERS/Stringer NO RESALES NO ARCHIVES

Prime Minister Jacinda Ardern on Monday extended New Zealand’s strict nationwide COVID-19 lockdown saying the current outbreak of the Delta variant of the coronavirus had not yet peaked.

The level 4 national lockdown was extended by three days until midnight on Aug. 27 while Auckland, the epicentre of the outbreak, will have restrictions in place at least until Aug. 31.

“The safest option for all of us right now is to hold the course for longer,” Ardern said at a news conference.

“If the world has taught us anything it is to be cautious with this variant of COVID-19,” she added.

Ardern said contacts in the community by people infected with the Delta variant were reported all over the country. There are more than 320 locations of interest linked to the outbreak and 13,000 contacts have been recorded, far more than in previous outbreaks.

“Delta has changed the rules of the game,” Ardern said.

New Zealand earlier in the day reported 35 new cases of COVID-19 taking the total number of infections in the outbreak to 107.

The health ministry said in a statement that 33 new cases are in Auckland and two are in the capital Wellington.

Vietnamese soldiers on Monday were deployed on the streets of Ho Chi Minh City to help enforce a lockdown in the country’s business hub, which has become the epicentre of its worst coronavirus outbreak so far during the pandemic.

Panic-buying broke out at supermarkets in the city of nine million people over the weekend ahead of the tighter lockdown, which started on Monday and prohibits residents from leaving their homes.

Vietnam’s toughest order yet comes amid a spike in fatalities and infections.

Soldiers on Monday were checking permits of residents on the streets and delivering food, according to witnesses and photographs on state media.

The city began movement restrictions early last month, but infections have continued to surge after authorities said there had not been strict enough enforcement of the curbs.

The city has recorded a total of 176,000 COVID-19 infections and 6,670 deaths, accounting for half of the Southeast Asian country’s overall cases and 80% of fatalities, according to the health ministry.

Vietnam has over the recent weeks sent 14,600 additional doctors and nurses to the city and its neighbouring provinces to support its overwhelmed medical system, the ministry said.

Patients with mild or no symptoms have been told to self-isolate at home.

People in the city’s Phu Nhuan and Go Vap districts told Reuters they had received packages of rice, meat, fish and vegetables.

The government announced on Friday it would send 130,000 tonnes of rice from state stockpiles to Ho Chi Minh City and 23 other cities and provinces.

After managing to contain COVID-19 for much of last year, Vietnam has so far recorded 348,000 infections and at least 8,277 fatalities, with the majority recorded in the current Delta-driven outbreak since late April.

Around 1.8 million of 98 million people, or 1.8% of the country’s population, have been fully vaccinated, one of the lowest rates in the region.

Merkel: Russia cannot use Nord Stream 2 pipeline as a weapon