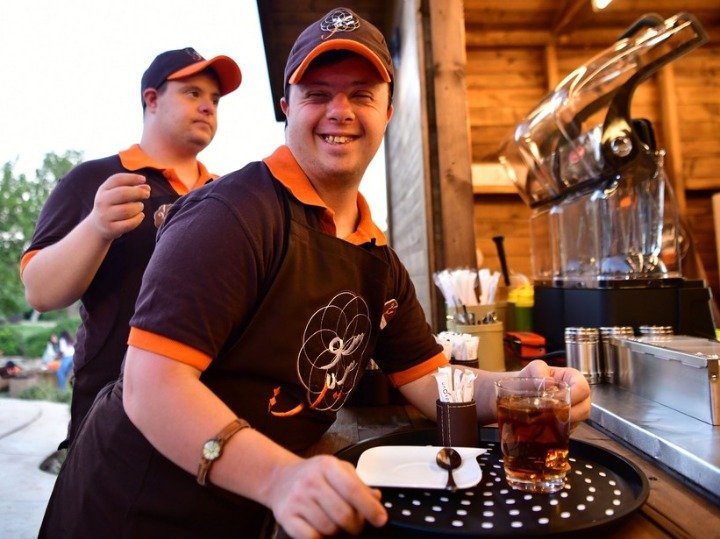 Wearing brown uniforms with orange rims and matching hats, several young Syrians with Down syndrome served between the tables, while some others stood behind a bar, preparing food and beverage at the cafe called Sucette.

This is Syria’s first cafe run by 20 people with Down syndrome, which was set up at the Tishreen park in the capital Damascus.

These waiters and waitresses created a good vibe at the cafe, not only by providing good service but also by playing music and dancing amid the claps and cheering of the customers.

The idea of Sucette was initiated by the Juzour Association, a local charitable organization that runs several humanitarian projects, one of which is organizing events for people with Down syndrome.

Last year, the Juzour Association began to try running a restaurant, which hired people with Down syndrome, for one month. It turned out to be a success, and that is the foundation of how Sucette came into being.

Kholoud Rajab, board chairman of the association, told Xinhua that the project is aiming at breaking the stereotype about people with Down syndrome and helping these people interact with normal people.

As of now, 20 people with Down syndrome and 10 normal people are currently working at Sucette, Rajab said, adding that the meaning of the project goes far deeper than merely setting up a cafe. 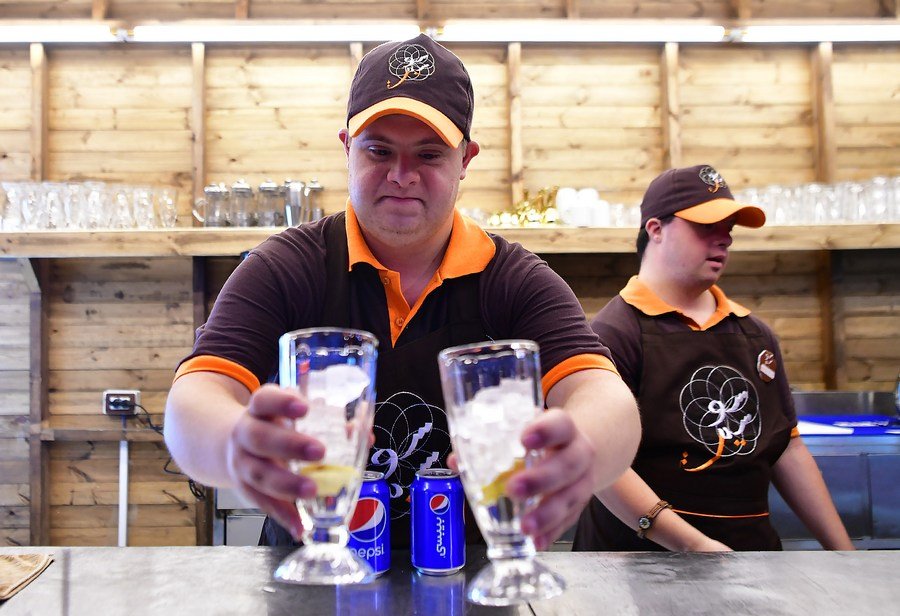 “Sucette is more than a cafe. It is an idea that will integrate the special group in the society and allow them to accept us as well,” she said.

Being busy taking orders from customers flocking into the cafe, Muhannad Saleh, one of the 20 waiters, told Xinhua that he was happy in his new job. 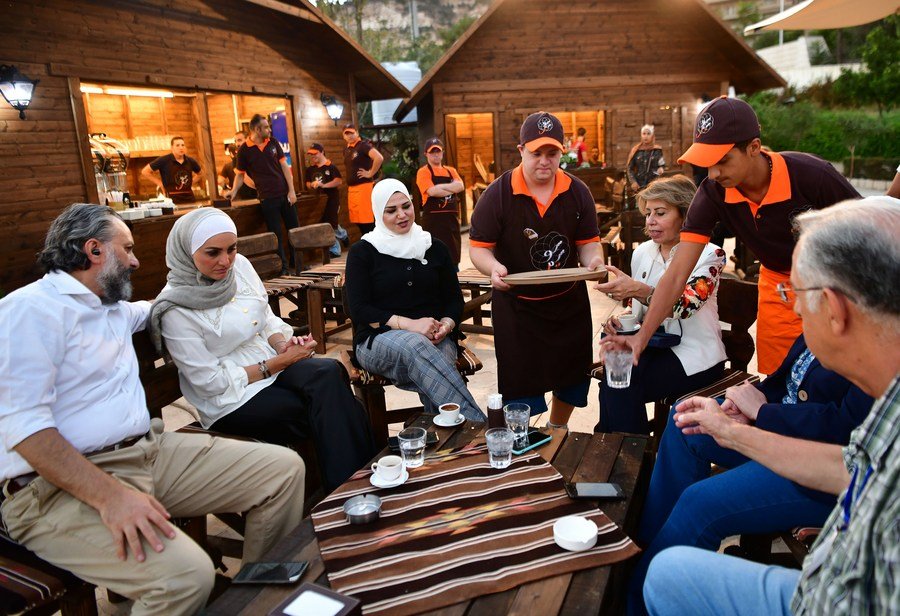 Saleh said that he loves the idea of working hard to get salary, which makes him prove himself to be of value.
“I am happy to work here and everything is perfect. I serve customers with everything I can,” the young man said.
For Rehab Qattan, a young girl with Down syndrome, gone are the days of staying home doing nothing and feeling bored.
“I have been fed up with staying at home,” she said, adding that working at Sucette is a source of happiness for her.