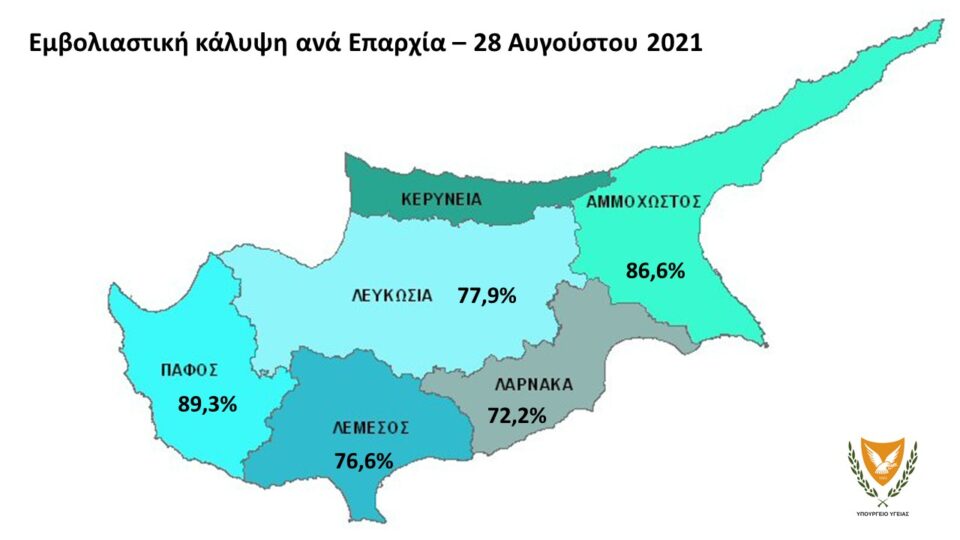 Up until Saturday, 78.2 per cent of people in Cyprus had received one Covid jab and 73.8 per cent were fully covered, the health ministry said on Sunday.

The government’s target was 80 per cent for a first dose by August 31.

Focusing it’s attention on the younger age groups, the ministry said 35.6 per cent of those aged 16-17 had a first dose and 28 per cent, two doses.

Paphos remains the most compliant with coverage of 89.3 per cent for a first dose

It is followed by the Famagusta areas with 86.6 per cent having a first dose.

Nicosia and Limassol come after that with 77.9 per cent and 76.6% respectively having one dose.

In Larnaca, the first-dose percentage stands at 72.2 per cent.

No breakdown for second doses by age group or by area was provided.

‘As a parent you want to give your children everything’