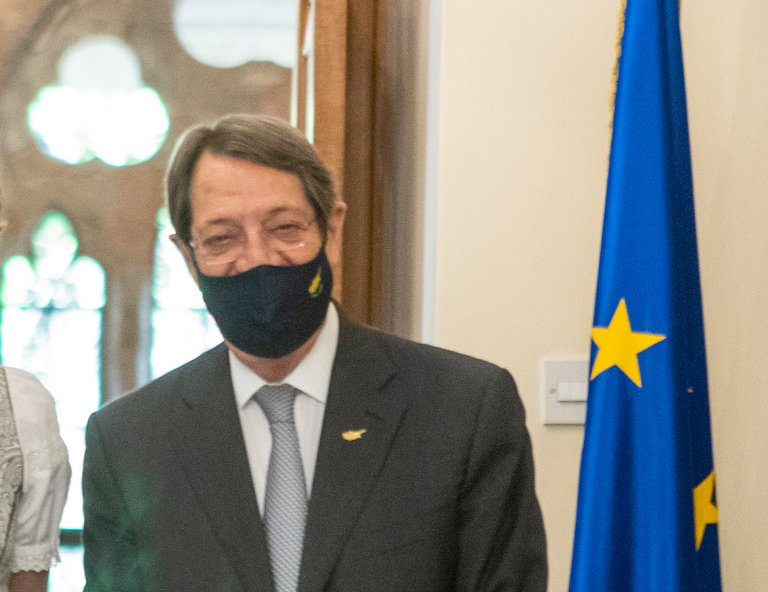 Was President Anastasiades offering some light relief to lift the gloom caused by the opening of Varosha by proposing a return to the 1960s constitution, or was this another display of the impetuousness with which he has been handling the Cyprus issue for the last four or five years?

If it was the former it tied in well with the council of ministers’ amusing decision to revoke the passports of 14 ‘officials’ of the pseudo-state, including that of Turkish Cypriot leader Ersin Tatar. It was a decision that will achieve nothing other than to entertain as it was calculated to cause embarrassment to Tatar, the champion of equal sovereignty and the two-state solution, who, nevertheless, held a passport of the Cyprus Republic. The so-called ‘prime minister’ and several other ‘ministers’ also had passports of what they refer to as the ‘Greek Cypriot administration’ revoked.

Proposing the return to the 1960 constitution in response to Tatar’s outburst about the passports may have raised some laughs among cynics, but the political parties, particularly Akel, took it very seriously, accusing Anastasiades of exposing his inconsistency and showcasing his complete lack of credibility. How could the president, who was opposed to guarantees and the single positive vote of the Turkish Cypriots, support a constitution that was guaranteed by foreign countries and gave the Turkish Cypriot vice president the right of veto over all decisions? Others, mischievously, asked whether Greek Cypriots would ever agree to 30 per cent of all cushy ministry jobs going to Turkish Cypriots – another provision of the 1960 constitution – when now they are reserved for Greek Cypriots.

It is certain Anastasiades did not give much thought to his latest proposal but it was not meant as a joke. Government spokesman Marios Pelekanos said “the return to the constitution of 1960 is a new proposal of ours that is already on the table.” It did not negate the High-Level Agreements, UN resolutions and convergences, he insisted, “but offers the opportunity for the resumption of a substantive dialogue without the preconditions set by Turkey and the Turkish Cypriot side for recognition of sovereignty rights, something that would satisfy their aim for the creation of two independent states.” This sophistry belongs to the realm of political surrealism with Anastasiades, seemingly prepared to try anything to debunk idea of a settlement.

There is a pattern of impetuous inconsistency to his declarations about the Cyprus settlement. First he privately sounded out people, including the Archbishop, about his preference for partition but realised it was a non-starter. Then he spoke about confederation to which the political parties strongly reacted so he reverted to the so-called ‘loose federation’, but also suggested the calling in of experts to inform us what a federal settlement would involve. He also revealed objections to political equality, claiming the single positive vote for the Turkish Cypriots would lead to a dysfunctional state that would be paralyzed. There was also the imaginary version of the Guterres framework, which after a couple of years he conceded implicitly did not exist by stopping referring to it.

And to cap it all he has come up with the ludicrous proposal for the return to the 1960 constitution, which he knows belongs to cloud cuckoo land and there is as much chance of it happening as Cyprus entering an ice age. Does he utter outlandish ideas impulsively and then feels obliged to defend them as rational options regardless of how superficial they are? The only thing he proves, however, is his lack of credibility and trustworthiness.

This erratic behaviour – the debunking of the peace process in the eyes of the Greek Cypriots, who have given up on the idea of a settlement – would make partition the only available option. He is leading us to partition without ever admitting this was intention and taking responsibility for it because it will just happen. It is the cowardly way to achieve an objective as it involves deception of the public. Anastasiades will finalise the partition of Cyprus without ever having informed the people that this was his preferred settlement and openly defending his choice. This is what accountability and transparency would have dictated, but it seems these are not part of the president’s leadership style. Had they been, he would have introduced the two-state option in his re-election campaign in a forthright and open manner, argued his case and allowed people to decide if they supported it.

Instead since his re-election he has made a mockery of the peace process, long before Tatar was voted in, with his ever-changing proposals, he knew the Turkish Cypriot side would not accept, and safe in the knowledge that he could blame the deadlock he cultivated on Turkish intransigence. People even believed that Mustafa Akinci was intransigent. The slapdash approach has worked very well for Anastasiades, who, assisted by Turkey and Tatar, has made partition inevitable through no fault of his own.