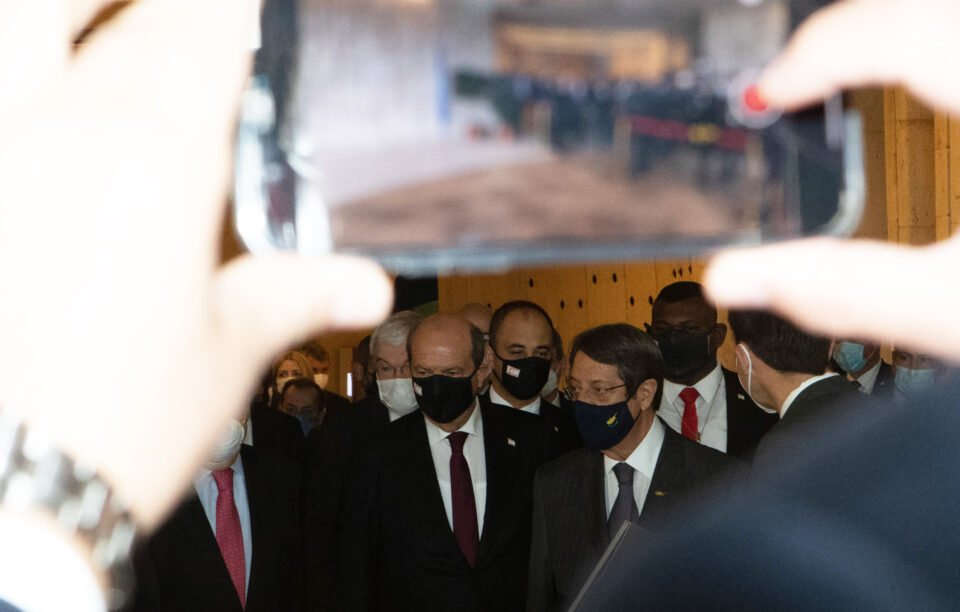 President Nicos Anastasiades, with his proposal that the two sides in Cyprus return to the 1960 constitutional arrangement, has “lost all credibility”, Turkish Cypriot leader Ersin Tatar has said.

In a row that began over the rescinding of Republic of Cyprus passports, and spilled into the Cyprus issue, Anastasiades said earlier in the week that the Greek Cypriot community was ready to return to the 1960 regime with Turkish Cypriots taking the positions granted to them by the constitution, suggesting Tatar had contradicted himself in his criticism of the decision to revoke passports of 14 Turkish Cypriots.

Tatar, who is among the 14, called the decision racist and anachronistic and in violation of the rights of Turkish Cypriots arising from the fact that the Republic of Cyprus is a common republic of “two peoples.”

Responding, Anastasiades said that if Tatar means what he claimed, the Greek Cypriot community is “fully prepared to accept restoration of constitutional order with the return of the Turkish Cypriots to the executive, the legislature, the judiciary, and the rest of the services, based on the provisions of the 1960 constitution, with the simultaneous start of talks to define the areas which each community will be responsible to administer based on UN resolutions.”

Hitting back in a written statement, Tatar said Anastasiades “by any means necessary” was trying to neutralise the Turkish Cypriot side’s proposal for two states, which he had submitted at the Geneva talks in April.

“Mr Anastasiadis, when every few months an attempt is made to start effective negotiations based on the realities and the equal rights of the parties, throws a spanner in the works and tries to change the agenda and create a different picture,” said Tatar.

On the one hand, he said Anastasiades himself spoke of two states, a confederation, a loose federation and now was talking about the return of the Turkish Cypriots to the Cyprus Republic. “Mr Anastasiadis has lost all credibility,” Tatar added.

This was being openly said in political circles on the Greek Cypriot side.

“With his latest statement, which is inconsistent and impossible to implement, the Greek Cypriot leader reveals once again how dishonest he is,” said Tatar.

He then went through the history of the 1960 republic and how Turkish Cypriots “were excluded from it by force” and that the Greek Cypriots were lying when they tell the international community that the Turkish Cypriots withdrew from the government, parliament and judiciary.

“The era of empty words and statements that are meant to look cute is over in Cyprus. It is time for action for reconciliation, cooperation and stability,” said Tatar.

“The way to do this is not to go back, but to take the steps forward required by the changing conditions on the island, our region and our world for a realistic and sustainable agreement.”

Instead of Anastasiades wasting his time on meaningless statements that are so far removed from reality, he should think about how to move forward, the Turkish Cypriot leader said.

Biden travels to air base to honor U.S. troops killed in Afghanistan