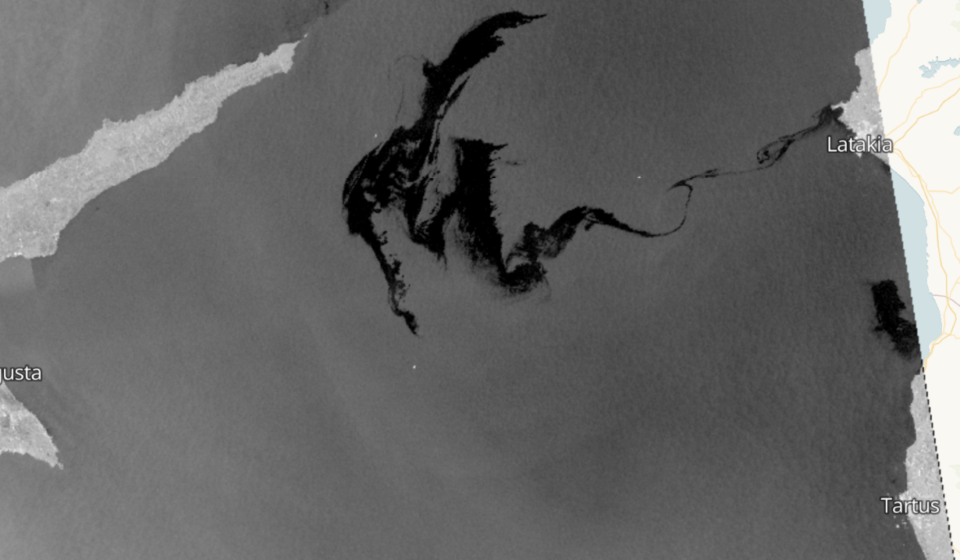 Authorities have for the past few days been monitoring an oil slick apparently making its way toward the island’s east coast, and stand ready to take action if necessary, Agriculture and Environment Minister Costas Kadis said in a social media post Monday.

He was referring to an oil spill spotted by satellites drifting from the coast of Syria toward the island.

A company which tracks oil spills told the Cyprus Mail on Monday that the oil slick’s size  suggests it could easily cover the shores of Apostolos Andreas, Famagusta district and Protaras.

In a statement later in the day, the fisheries department – which is responsible for oil spill control and response on a national level – said it got briefed on the oil leak in Syria last Thursday.

It added that under the national emergency plan concerning marine contamination from oil products, a response team has been activated at the Zenon coordination centre in Larnaca.

“Going by the latest simulation model tracking the spread of the oil spill, as well as current meteorological data, it is estimated that the spill will affect Cape Apostolos Andreas over the next 24 hours.”

The department said also that information provided by ships suggests it is an oil sheen, rather than crude oil.

Meantime a spill-tracking company said the oil could reach the Cyprus coastline by later in the evening.

Prior to Kadis’ tweet, the account ‘TankerTrackers.com, Inc’ had posted the following: “Fuel oil spillage from the power plant at Baniyas, Syria is about to completely wreck the entire eastern coastline of Cyprus.”

Media reported the slick started as a consequence of a leakage in a power plant inside a refinery in the Syrian town of Baniyas, on the Mediterranean coast.

The incident appears to have taken place last Tuesday.

The Associated Press had quoted an electricity union official in Syria as blaming cracks in one of the fuel tanks at the thermal station. At the time the official pointed out that the tank was filled with 15,000 tons of fuel.

Syria’s oil resources are mostly outside of government-controlled areas but its two refineries are under government control and operating.

The spill off the Syrian coast was captured by the Copernicus Sentinel-1 satellites on 24 and 25 August.

An image from 24 August showed that the massive leakage had reached the town of Jableh, 20 km north of Baniyas. In another image taken the following day, it could be seen that the spill had progressed northwards further polluting Syrian coastal waters.

An image sent to the Cyprus Mail on Monday by Orbital EOS, a company specialising in satellite-based oil spill monitoring, depicted the massive slick drifting westward, toward Cyprus’ east coast.

In an email, Juan Pena, CEO of Orbital EOS said there was “a chance of the oil spill reaching the coast of Cyprus in the following days.”

Its size suggests it could easily cover the shores of Apostolos Andreas, Famagusta district and Protaras.

In a follow-up email, Pena said that image was acquired from satellite at 15:41 utc [3.41pm Cyprus time] on Sunday.

“Our models estimate that the oil will reach Cyprus between tonight and tomorrow,” Pena said. “This morning [Monday] a fresh image was analysed showing that the spill was 14 km away from the shoreline of NE Cyprus (Altınkum Plajı).”

The Fisheries Department is said to possess “a significant stockpile of containment and recovery equipment including vessels, skimmers, boom and a vessel dispersant spraying capability.”

The fisheries department also said steps have been taken to inform the north while the Republic of Cyprus is ready to respond and provide assistance in case it is requested.

Cyprus has dealt with a number of spills in the past, but all minor.