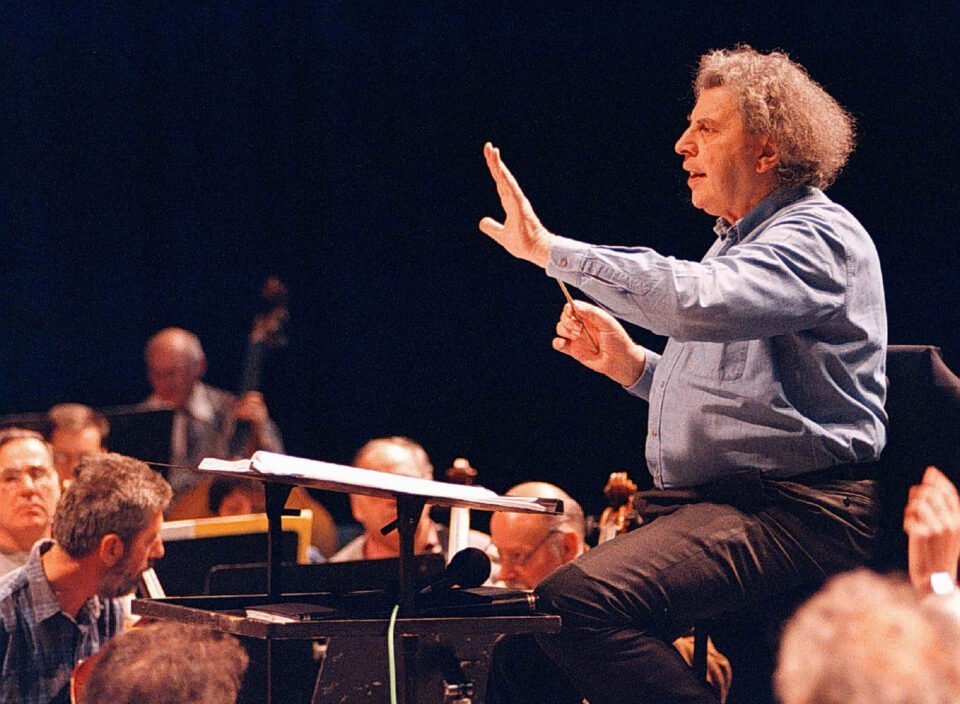 Cyprus on Thursday paid tribute to legendary Greek composer, public figure and writer, Mikis Theodorakis, who has died at the age of 96 but who also had a long association with the island.

President Nicos Anastasiades took to twitter posting: “The loss is huge for Greek culture, today we lost Mikis Theodorakis, the radical, the composer who inspired dreams and high aspirations”.

“His great and endless work will always remain the foundation of the people’s march forward,” the president said.

Theodorakis’ relations with Cyprus span decades. Apart from the dozens of concerts he gave on the island and the special impact his songs had on Cyprus, he was also close friends with many Cypriots.

His ties with Cyprus began in 1945, when a demonstration took place in Athens over British colonial rule in Cyprus. He was arrested along with several others during the protest. “That was my engagement to Cyprus,” he was quoted as saying.

In the mid-1960s he repeatedly came to the island and took part in concerts and peace marches. He supported the struggle of Cyprus for freedom and justice, while he also wrote the most famous song about the island, “Chrysoprasino Fyllo” which became almost like a kind of national anthem. This song (with lyrics by Leonidas Maleni) was originally written for CyBC’s documentary “Aphrodite’s Island”.

His work “Axion Esti”, at his request, was first heard on CyBC radio on May 24, 1964. Theodorakis was honoured in a special ceremony by the then Minister of Education of Cyprus Frixos Petrides.

During the dictatorship in Greece in the late sixties, when the junta banned Theodorakis’s music, CyBC continued to broadcast his songs, despite the constant pressure from Greece and the Greek embassy in Nicosia.

In 1995 CyBC organised a big event to honour the performer’s 70th birthday, which was broadcasted on television, while a big concert, with Theodorakis himself, was broadcast live on TV in 2005, to mark his 80th birthday.

Akel also honoured Theodorakis at a special event in 2005. As part of the events, a massive concert was given with another famous Greek singer, Giorgos Dalaras, with Maria Farantouri, and Petros Pandis.

Akel leader, Stefanos Stefanou wrote on Twitter on Thursday: “Forever among the people. The whole world bows in front of his massive work”.

At the same time, tributes poured in from across the political spectrum in Cyprus.

In an announcement, Disy said: “Today, we mourn the loss of Mikis Theodorakis. He was connected with the most important moments of the modern history of Greece. A fighting and supreme spirit, an artistic, inexhaustible source of creation that has given us a multifaceted work.”

Democratic Party (Diko) wrote on Twitter, “Cyprus and Greece honour Mikis Theodorakis in the pantheon of eternity. May he rest in peace.”

Elam’s announcement said “May God rest his soul, condolences to his family”

An announcement from Depa noted: “A great composer and fighter, he passed into eternity. Our gratitude is eternal.”

While the Green Party posted on social media: “We say goodbye to the very great composer Mikis Theodorakis”.

Theodorakis had also collaborated with Cyprus theatre organisation (Thoc) in the productions “Antigone” (2005) and “A Hostage” (2008).

“Theodorakis was one of the most important contemporary Greek composers and lyricists with worldwide recognition for his huge artistic work,” a Thoc announcement said.

The composer was awarded the Grand Cross of the Order of Makarios III by the former President of the Republic of Cyprus, the late Tassos Papadopoulos.

Get vaccinated, French pupils told as they go back to school