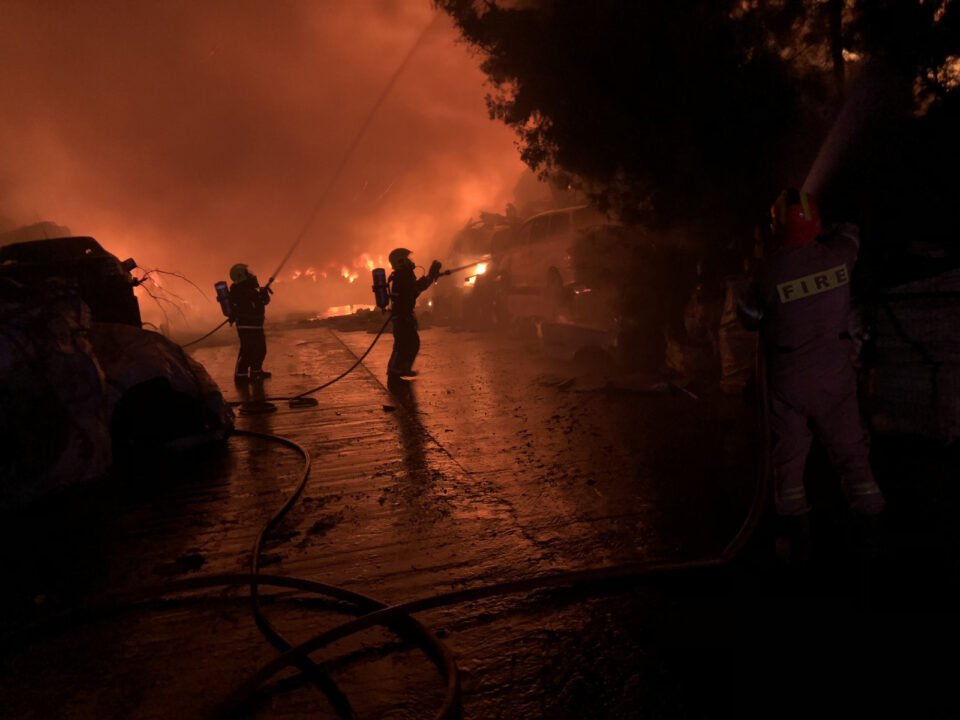 Very often when a government tells its citizens there is no cause for alarm or no cause for concern, they are either completely misinformed or are trying to play down a negative event to escape culpability.

A case in point over the last week was the fire at a Yeri factory that was involved in the recycling of vehicle parts, including tyres. The fire went on all night, releasing thick toxic black smoke into the air.

People in the areas of Yeri and Dhali were told that the winds carried the toxic cloud vertically but two days later researchers at the University of Cyprus contradicted this narrative.

They said their monitoring system showed that winds had carried the toxic cloud horizontally and their measurements showed that, based on the variability of the wind direction in the 24 hours following the fire, the areas of Potamia, Louroudjina and Lymbia were most affected.

The scientists also said the government needed to go to those areas and investigate the consequences on the ground. We’ve heard nothing since though the Green Party, as it should, jumped on the bandwagon to slam the government.

The Greens said they had several times in the past called for the creation of a proper crisis management unit and said not enough is done to prevent similar accidents from happening.

Who for instance was checking on the particular factory and all other such facilities in industrial areas and elsewhere?

For years now, residents in areas affected by factory emissions have had to take to the streets to press their case and it takes many years, and sometimes lengthy lawsuits, for the government to take them seriously and eventually act.

What was interesting with the Yeri fire was how quickly some of the academic community spoke out to counter the narrative, which is quite unusual and also welcome.

Academics, especially those at state universities, have always been reticent as a community to challenge the government and more of them need to do the same so that state bodies can be held accountable for their mistakes and omissions, and for the wrong actions or zero action they take.

The government needs to understand that its campaign to raise environmental consciousness among the populace will come at a cost, and that cost will be demands for more transparency on the environment and public health, on issues other than Covid.

It will not longer be a one-way street, where officials spin a narrative, tell people there’s nothing to see here, and to move along, and people just comply.

A more environmentally aware population will be less willing to accept and tolerate official spin and will see through the lies especially one as transparent as a giant cloud of black smoke that burned toxic materials for 12 hours and then ‘just disappeared’, leaving behind no ill effects whatsoever.