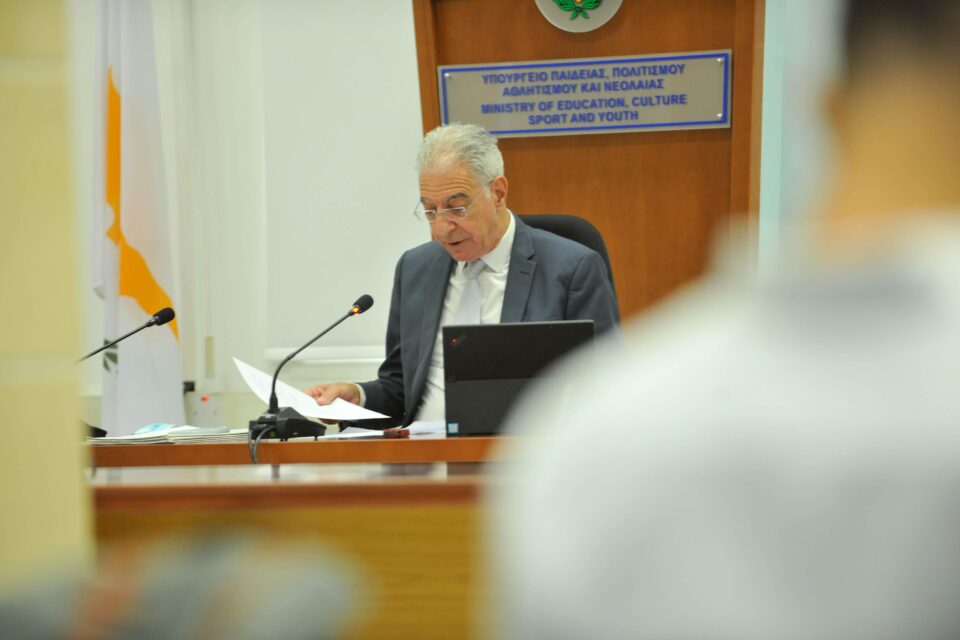 Eighty per cent of school staff have received the Covid vaccine Education Minister Prodromos Prodromou said on Friday during a House committee briefing.

Prodromou said vaccination would work as an advantage compared with the previous school year, while teachers and students have also gained experience in dealing with the pandemic.

Prodromou said there was a decrease of 4 per cent in children entering primary education this year.

“We will keep operating just like June 2020. However, we will be cautious in the face of any changes of the epidemiological picutre”, Prodromou said.

Regarding the staff vaccination rollout, he said 80 pe4r cent were vaccinated and that they would try to convince the remaining staff to 20 per cent.

He reminded that the SafePass was mandatory, reiterating that there will be an active information campaign as well as rapid tests units in schools.

Prodromou said that the use of a mask will be encouraged, especially for early primary school grades, despite the reactions of parents.

According to him, school staffing has been completed, however, some shortages still exist. As for the single desks to ensure social distancing, he said around 50,000 will be allocated in the next few days.

At the same time, the minister said that there will be experts in schools to evaluate the psychological impact on students due to the pandemic.

Primary schools will open on Monday, September 13 for high-school students.

The head of the primary school teachers union (Poed) Myria Vasiliou, spoke to the Cyprus Mail saying that although there was a  recommendation for children to wear a mask, it would be difficult to convince the younger ones.

“We have asked the ministry to have single desks for students as this will help deal with this.”

However, the issue of air conditioners versus more ventilation remains open. “The minister has said that there will be a plan soon. It is very difficult for both students and teachers to teach in certain weather conditions,” Vasiliou said.

“The maximum number of students allowed in the room will be 25. We have asked for arrangements to be made to reduce this number in order to avoid the spread of the virus” she noted.

Vasiliou said Poed has advised its members to receive the vaccine but will not force anyone to do so.

“Tepak’s policy to forbid unvaccinated professors to teach is wrong. If something similar is decided for the primary schools, we will definitely react ” she added.

CySO gets dancing on the keys