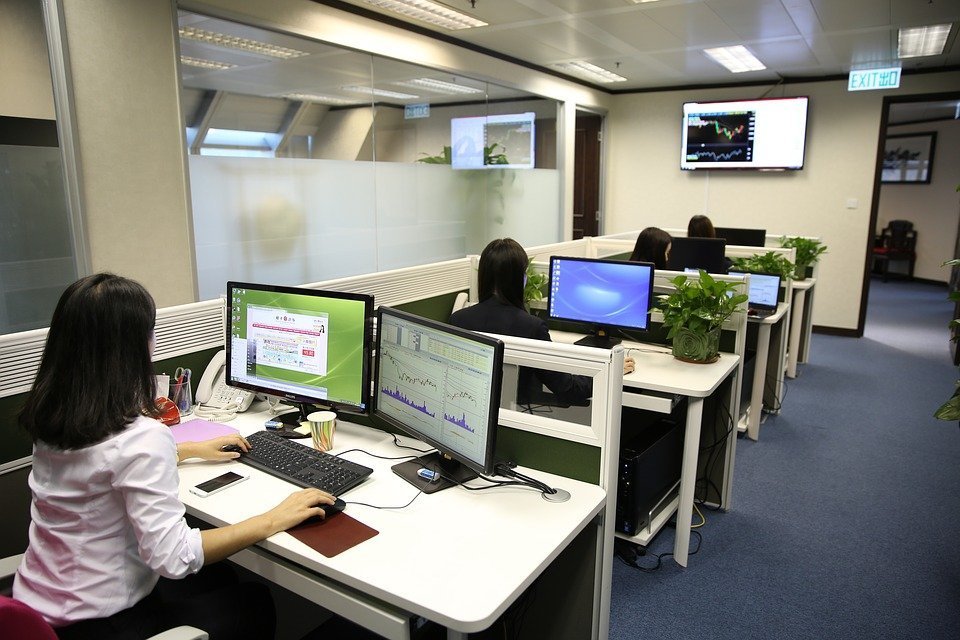 Since the outbreak of Covid-19, every aspect of life has been affected in some way, shape or form. Over a year down the line since the pandemic hit, it becomes increasingly interesting to observe the ways in which different domains have been influenced, impacted or changed and to determine what will be the future effects. Employment seems to be one domain which has been massively affected. For the past year, we have been seeing the grandest scale of monumental employee movement and career changes ever reported.

According to a summary from the US Department of Labor, April saw more than four million people quit their jobs in the US alone. Interestingly, more than one third of US workers have changed employers or become unemployed since the beginning of the pandemic; a figure they emphasize that is double its normal standard when compared to the previous two decades.

The intent to make career changes however may be even more frequent in some countries with one survey reporting 3/5 of UK workers have intentions to leave their position in search of a new role within their current institutions. Similarly, another study reports 9/10 of the 5000 respondent employees expressed that they were thinking of changing jobs, with 77% actively searching for one. On a more global scale, a survey conducted in 31 countries found more than 30,000 individuals who report they are considering leaving their current employer at some point within this year. What is even more striking is the percentage of people who are considering leaving their work to enter a completely new industry; 7 in 10 people expressed being more than likely to consider this kind of career change.

Interestingly, studies have also found those under 25 years of age had the most intent to change work following the pandemic, however, it was those aged between 25-34 who were the most likely to alter their career path. In addition to this, years of work with a firm seems to play a role in the individuals initiative to change jobs. Those who have spent less than 2 years in the same position leave their jobs much more frequently than those who have spent over a decade at the same firm.

Why is the movement occurring?

Can the ‘Great Resignation’, as economists are now calling it, be accounted for by the circumstances imposed by the pandemic? Considering the interrelation between the individual state of mind and employment behavior, it is indeed not surprising to see the trends that have been occurring within the employment domain.

Undoubtedly the pandemic has brought unexpected changes in everyone’s life. ‘Normality’ as we knew it has been disrupted and new perspectives have entered our life spectrum, one way or another. When the human survival instincts prevail, there is an innate call for transformation and adaptation. The changes brought by the pandemic seem to have triggered a “change-ball effect” and a need to alter each aspect of life.

This widescale employee movement seems to be part of the spiral of change that stems from the biggest change everyone has experienced since the outbreak of the pandemic.

The nonstop lockdowns, leaving many feeling isolated, have without a doubt been a factor in a surge in the onset of depression amongst the masses. With an uprise in depression and stress, but also time for reflection, making career changes has never felt more right.

Virtual settings have introduced work into the homes of individuals which blurs the line now more than ever between a balanced work and personal life. With everything shifting to a virtual or hybrid setting and losing every sense of ‘normalcy’ in what we must consider this new way of living, people have had time to reflect and see themselves in a new light, and for many, this has taken the direction of reinventing their professional careers.

The fear of ‘Career Lockdown’

The pandemic has caused significant anxiety and impatience in terms of career development and progression. Lack of adequate training and development, desire for upskilling and insecurity for technological adequacy are factors that seem to have influenced the individual’s decision to make the career changes we are seeing occur in the professional spectrum. With research suggesting the average company has reduced costs by cutting investment in training by 67% this past year compared to previous years, employees have started to express their concerns about the lack of training and career opportunities available in their firms. For many, this has been a factor that has resulted in a lack of growth in their current roles and has encouraged them to leave in search for a new challenge to keep them on their toes. With this, comes the worry of continuing to advance skills and keep them up to date; something especially threatening to the younger workforce who express anxiety about the impact of the pandemic on their career prospects. Ultimately, there is a concern about lack of career progression, especially amongst the younger generation who are developing their professional life during such unsettling times.

Career lockdown should not be taken mildly as this is a global phenomenon that could ultimately lead to a lost generation of young talent in the workforce.

Exclusion and disengagement have also been major forces in the movement of employees. With almost everything shifted online, the pandemic has created the perfect circumstances to make a career change. From one virtual meeting to another; the switch has never been easier. The lack of connection between employees and their teams can create a distance that could leave employees feeling removed from their work, their colleagues and eventually their firm.

Working remotely can be even more difficult for those who do not have the tools or skills to make the transition to a complete virtual setting. This can leave employees feeling excluded from their teams, unable to keep up with the company and finding it difficult to stay informed.

The greatest challenge of remote work however, has been for those who whose work environment lacks trust or whose firms do not have the business intelligence to truly measure productivity and performance, rather than physical presence. Employees feeling that their work performance and results are constantly questioned, ultimately find themselves feeling demotivated, unappreciated and dispensable, driving them to look for other opportunities.

How can Employers Respond?

There is no doubt that there is movement in the labor market on a widescale. For the reasons explored, both on an individual and corporate level, people are taking the decision to make career changes, whether this be within their current organization, in a new firm, or in a completely new industry. For employers, the response can follow one of two directions; Either let the movement happen or interfere.

For employers who choose not to make special efforts to retain current employees, they could take this as an opportunity to revise their internal structures, reassess the job roles, offer opportunities for growth within and eventually reinforce their teams with new talent. With this occurring on such a widescale, this can be the occasion many organizations have been searching for to reinvent and renew their workforce through an updated collective work culture stemming from a renewed energy flow between employees.

On the other side are the employers who fear this vast movement within the labor force or who do not wish to disrupt their operations any further and who want to retain the synthesis of their teams. These employers need to focus on their talent retention strategies, on rebuilding trust and employee engagement initiatives, as well as reengineering people-centered business processes. In order to avoid significant leakage, employees need to feel re-energised and reconnected to their working environment. Now more than ever before, employers need to invest in their people’s development and create clarity in career paths and progression. With an increase in training and development of skills necessary to thrive within an organization, the fear of ‘career lockdown’ will eventually subside. This must be emphasized with the younger workforce who are in the midst of starting their careers during a pandemic.

It is for this reason that, now more than ever before, it is vital for organizations to have strong leaders who will act as mentors and role models for younger talent in their current and potential future roles.

In a time of so much uncertainty and change, it is important to observe the way in which our world changes, understand the possible effects and identify the correlation between those changes and people behavior, in order to be prepared, proactively seek for solutions and take action.

On a wider scale, the professional world has already been significantly impacted by the pandemic and will probably continue to feel its effects. The response to these changes and the approach of employers during such a challenging era will be a determining factor for their future success.

Anna Mylona is Head of Human Capital at Elias Neocleous & Co LLC. Sophia Sterckx, psychology student at the University of Bristol, contributed to the research of the findings cited in the article