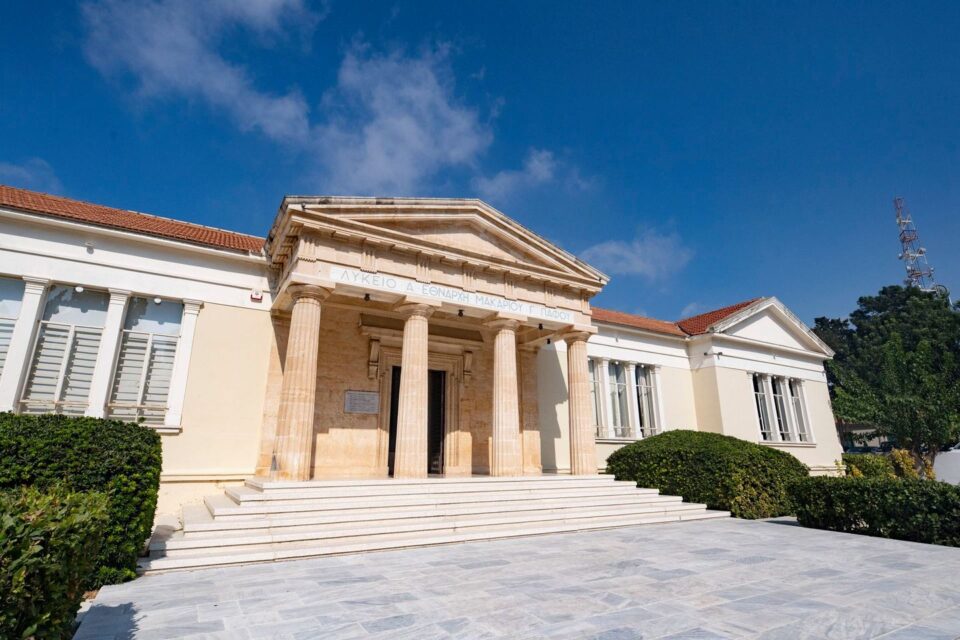 The historical 'A Lyceum'

By Paul Lambis and Jonathan Shkurko

A public outcry forced the Paphos municipality to abandon plans to paint historic neoclassical buildings in the centre of town a dull grey as part of their maintenance.

The dull grey colour, which is in stark contrast to the previous characteristic warm cream tones of the buildings, has sparked outrage from the Paphos Municipal Council and members of the Paphos School Board, including strong reactions from MPs, political parties, organisations and members of the public.

The general outrage forced Paphos mayor Phedon Phedonos to scrap a decision to paint the town’s historic ‘A Lyceum’, which is situated in the town centre, grey. Phedonos called an emergency teleconference meeting on Monday at 9.30am to discuss alternative plans for the school with the town’s director of urban planning and with representatives of the conservation department at the interior ministry.

Before the announcement of the meeting, the school board released a statement expressing strong dissatisfaction with the planned maintenance of the ‘A Lyceum’.

“The decision to paint the building grey was, at the very least, inept and inappropriate, especially since we have not been informed about neither the intention of changing the colour of the historical lyceum, nor the process that would follow,” the statement said.

The school board added that authority to change the building’s colour did not lie with the municipality.

“It emerged that the decision was already taken several months ago by the Paphos municipality and the education ministry,” it said and added: “We want to reiterate that the school board is totally opposed to the change of colour, as it would end up being inconsistent with the building’s history and the surrounding premises.”

Diko deputy, Chrysanthos Savvides, took to social media to express his anger, stating the “decision was inappropriate,”  undermining the cultural, spiritual and educational value of the buildings, and their significance to the town.

“The city of Evagoras Pallikarides has a unique and historical physiognomy, you cannot erase it with anything in grey,” he said.

Edek councillor, Philippos Philippou also expressed his dissatisfaction with the grey. “These buildings need to be repainted in hues of cream and white that will highlight their great neo-classical, Greek character,” Philippou said.

Member of the Greens, Orestis Matsas, a graduate of the “A Lyceum” said what the municipality had in mind was “an architectural and aesthetic faux pas.”

He said: “The school, located directly opposite Paphos’ town hall, is part of a series of neoclassical buildings in the area, with specific architectural features, including their colour schemes. Painting the school grey is completely out of sync with the characteristics of the surrounding buildings.”

Our View: Capital statement law has turned into running joke

Invest Cyprus: Hospitality projects forge ahead on the island