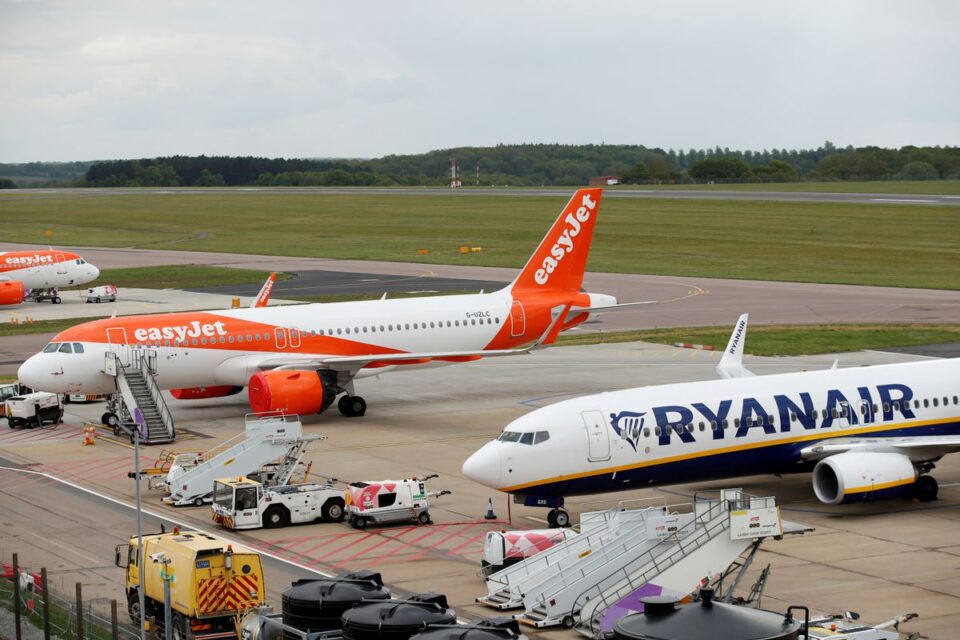 Europe’s no-frills airlines are heralding a once-in-a-lifetime opportunity to grab market share from traditional carriers struggling to emerge from the pandemic, but each will have to overcome significant challenges to come out on top.

Market leader Ryanair (RYA.I) this week saw talks over a mega-plane deal fall apart, while No.2 easyJet (EZJ.L) is lagging the recovery of its rivals so far.

Smaller Wizz Air (WIZZ.L) has had an audacious bid for easyJet rejected, sources say, a move that would create a much stronger challenger to Ryanair if a deal could be done, but which some analysts think could be a distraction at a time of rapid change.

At stake is potentially the biggest reshaping of Europe’s aviation industry for a generation, with low-cost airlines looking to outmanoeuvre heavily indebted traditional carriers as COVID-19 travel restrictions are wound down.

Ireland’s Ryanair, with 150 million passengers in the year before the pandemic and 200 Boeing (BA.N) 737 MAX jets on order, had until this week looked set to extend its lead to the end of the decade with a deal for up to 250 more.

But talks collapsed spectacularly on Monday, leaving boss Michael O’Leary – long wedded to both Boeing and a strategy of expanding organically – with few quick options to accelerate growth. read more

That put the spotlight on Jozsef Varadi, CEO of Hungarian upstart Wizz Air, who sources say has made two bold moves to seize the initiative. read more

Wizz, which flew just 40 million passengers at its pre-pandemic peak, is in talks to order at least 100 new Airbus (AIR.PA) jets in addition to the 268 strong fleet it is due to have by 2027, sources told Reuters on Thursday. read more

Sources also named Wizz as the mystery bidder behind a spurned approach to easyJet, which flew around 100 million passengers a year before the pandemic. read more

That would tear up Wizz’s ultra-low cost gospel of internal expansion at all costs for the sake of a major, instant step-up in scale.

While easyJet said its suitor – which it did not name – was no longer interested, and Wizz declined to comment, the move highlighted the risks of easyJet’s very different management approach.

EasyJet has long been a hybrid player, focused on undercutting legacy airlines at established airports, while Wizz and Ryanair shun most hubs and focus on pared back fares that exclude other costs like baggage – the “ultra-low-cost” model.

But some feel easyJet’s decision to shrink – it has reduced its fleet by 10% in response to the pandemic – may have left it exposed, making its strategy a tougher sell to investors than the growth stories of its rivals.

More reliant on Britain’s slower travel recovery than most of the rest of Europe, easyJet is now also lagging the pick up in business at its main competitors.

EasyJet “are very different from what Wizz Air or Ryanair are offering the market at present. So in that sense they are kind of vulnerable as consolidation efforts occur post-COVID,” said Joe Gill, head of origination at brokers Goodbody.

After rejecting the bid, easyJet plans to raise 1.2 billion pounds ($1.7 billion) to stay in the race by funding growth at airports. It now has to convince investors to double down on its more cautious strategy just as a bid raises the prospect of a bolder alternative.

Investor meetings this week are trying to win shareholders over to a dilutive rights issue, the second time easyJet has asked for cash during the crisis. The first time, its top shareholder and founder Stelios Haji-Ioannou did not take part.

EasyJet says the funds will give it the firepower to grab slots at premium airports like Paris Orly, Lisbon, Milan Linate and London’s Gatwick.

But investors will be aware that any further COVID-19 restrictions could lead to another wash-out winter, swiftly burning through the new money.

Industry sources say Varadi has long had easyJet in his sights. As well as creating a low-cost giant focused on Airbus planes, a combined Wizz-easyJet would add Wizz’s low-cost bases in eastern Europe to prime easyJet hubs at Gatwick, as well as across France, Switzerland and elsewhere in western Europe.

“I think there is room for all three, but the question is, over time … will Wizz come back again with another effort to deliver the consolidation which I think is practically inevitable,” said aviation consultant John Strickland.

With few cards to play, O’Leary on Wednesday started a game of chicken with Boeing by threatening to forgo any new order from the U.S. planemaker for up to a decade – implying he could happily survive with the 650 or so jets he will have when current deliveries complete in 2025. read more

Observers see few alternatives to returning to the table with Boeing as relations with Airbus are strained and antitrust issues would likely preclude a bid for easyJet. In fact, O’Leary may welcome an easyJet tie-up as a distraction to Wizz.

“It would be good for Ryanair because it would put up Wizz’s costs,” said a senior industry source.

Fuelling the low-cost jostling is the fact the pandemic has tipped the industry balance in their favour and away from network carriers like Air France-KLM (AIRF.PA), British Airways-owner IAG (ICAG.L) and Lufthansa (LHAG.DE).

During the pandemic, a lower cost base and more flexible business model has better protected no-frills players, while difficulties restarting long-haul travel have deepened this advantage. read more

But the challenge for the budget brigade is to achieve growth in a way that does not dilute their cost advantage – either by overpaying for jets or acquiring a higher cost rival – a point made starkly by Wizz chairman and no-frills airline tycoon Bill Franke before the pandemic.

“Not staying disciplined about the business model and allowing other costs to leak in is the ‘path to hell’,” Franke told Reuters.