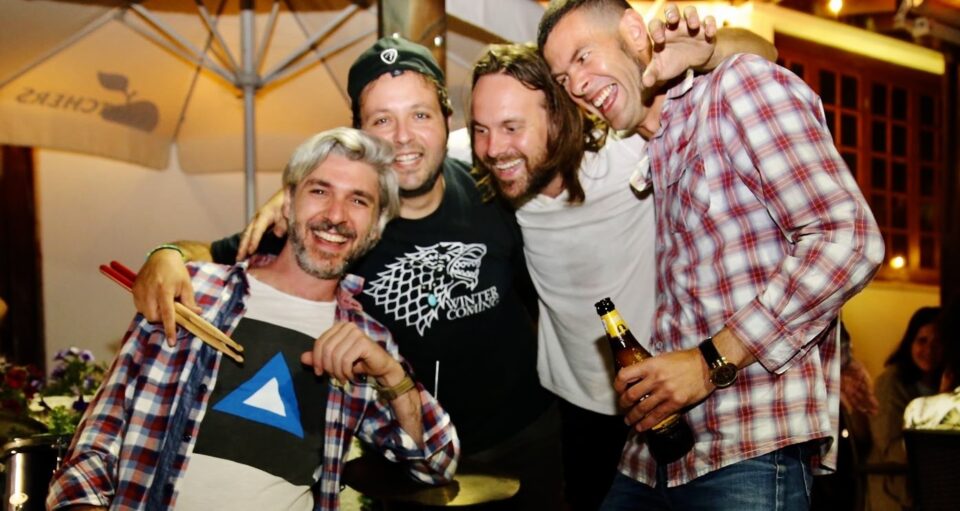 A new music initiative launched last year bringing live weekly gigs to Paphos invites musicians from around the island to perform intimate sets and keep the town’s music scene alive. Now ready for a brand new season, the Paphos Sessions arrive with a few updates: they are relocating from their old spot The Hogshead Pub to Saint Giorgio Restaurant in Chlorakas, with band Side Effects performing first.

On Sunday, an eclectic mix of reggae, rockabilly and blues rock will sound at the venue as band members Stefanos Ioannides, Stelios Frangos, Ian Richard Cole and Fidias Ferekides take the floor. The Side Effects band was born of a desire to spread their infectious love of rock’n’roll with roots, blues and funk rock influences and they are currently working on their first EP My Guitar Wants to Kill Your Jazz, a notable concoction of genres to make you dance, smile and rebel against the oppressors.

Their performance is set to begin at 2pm, a change from the previous 5pm Paphos Sessions but a new location brings new norms. And it’s only logical to host lunchtime performances at a restaurant. Up next is the Jazz Trio on October 10. Three musicians, Giorgos Krasidis, Irenaeos Koulouras and Marios Spyrou, who are considered to be among the most important and influential soloists and educators of jazz music on the island will play the best of jazz tunes.

Later on in the month, on October 17, The Real Thing Blues Band will play the blues with a classical line-up: guitar, bass and drums playing blues and classic rock. Andrey Stareyshinski, Nikolay Gergov and Ruslan Dobrikov are professional musicians able to play any style of music but the blues and classic rock are their passion. Their set will simply be classic guitar blues.

Then it’s time for some swinging tunes as Michael Antoniou and his band, the Moonriver Swing and Jazz Band, perform classic songs from the Great American Songbook on October 22. This is the only performance that is not during the day and instead begins at 7.30pm with an optional two-course dinner.

The final Paphos Session performance for autumn comes on October 31 and although it’s Halloween there will be nothing spooky or ghostly about this performance. Instead, it will be an evening full of vibrant, colourful sounds. The Caipirinha Brazilian Project is a new band that specialises in Latin styles of music which will make you want to dance the whole night long! The band features Alice Ayvazian as the lead singer, with Alexis Kasinos on guitar, Alexandros Panagiotou on bass and Marios Spyrou on drums. “Join us for a night filled with the exotic sounds of Bossa Nova, samba and many more!” say the organisers.