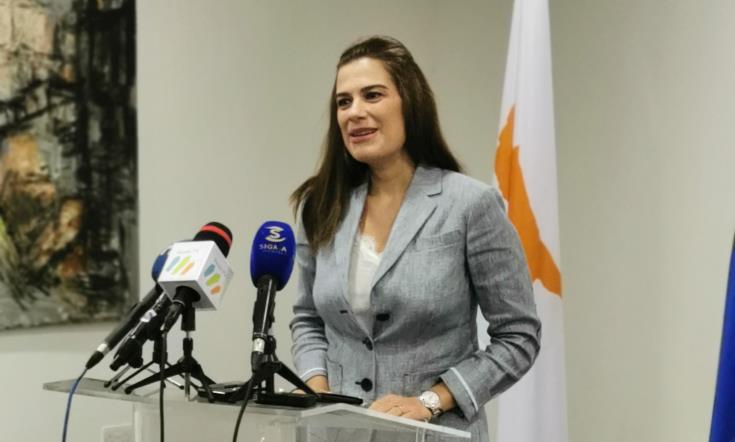 Government departments and the power company (EAC) expect to finalise a discounted rate on electricity bills in the next few days, Energy Minister Natasa Pilides said on Wednesday.

The minister spoke to reporters after a meeting with EAC brass and Finance Minister Constantinos Petrides to discuss the possibility of the company absorbing the expected rise in electricity bills.

Pilides said the EAC was prepared to take steps to protect consumers and businesses during this difficult period brought about by the Covid pandemic.

“We are going ahead with certain steps that members of the board have assured will be done quickly so that we can finalise the short-term measures that were discussed but also to study some very good long-term ideas,” she said.

Pilides said these were over and above the measures being processed by her ministry. Some will come into force immediately to relieve consumers while others will afford long term solutions.

Among them is some form of discount on electricity bills, which has not yet been finalised, but it was hoped that it will be done in the next few days.

In deciding the discount, the authorities would look at how not to affect the EAC’s development programme too much.

“Drastic cuts without consideration will certainly lead to dangerous results,” the minister said.

Pilides could not confirm whether it would be around 10 per cent but added that the effort was for the discount to be felt. At the same time however, the EAC’s viability and development plans must be safeguarded.

The EAC has attributed the rise to higher fuel prices and a spike in the price of greenhouse gas emission rights.